51st ANNIVERSARY OF THE DEATH OF KING PETER II

Previous Next
51st ANNIVERSARY OF THE DEATH OF KING PETER II

The solemn church ceremony was also attended by members of the Kingdom of Serbia Association, which is under the patronage of HRH Crown Prince Alexander, representatives of King Peter I Foundation in Oplenac, and people of Topola who came to pay their respect to our late King.

After the service HRH Crown Prince Alexander laid a wreath on the tomb of his late father.

“I am always emotional on this day. It is a sad anniversary for me, especially when I remember the difficult life my father had, not being able to be with his people in his beloved homeland, because of the well-known events in our country after World War II ended. I know how much he longed to come back home, to breathe the Serbian air and be able to spend time in the homeland with his countrymen, as our ancestors did. Being the dynasty that came from the people, we always feel that need to have a direct connection with our people and with our place of origin.

It brings me comfort when I know that now, since 2013, King Peter II finally found his eternal peace here in Sumadija, together with other members of the Royal Family. Dear father, you will always be in my prayers and in my heart”, said HRH Crown Prince Alexander.

HM King Peter II of Yugoslavia was the firstborn son of King Alexander I and Queen Maria of Yugoslavia. King Peter II was born in Belgrade on 6 September 1923, and his Godfather was King George V of England. After his father’s assassination in 1934, he became the King of Yugoslavia, but since he was only 11 years old, a regency was formed.

After the 27th of March Coup, when the people of Yugoslavia rejected the treaty which the Government signed with Germany, King Peter II was proclaimed of age.

The Yugoslav Army was unprepared to resist the ensuing invasion by Nazi Germany and Yugoslavia was occupied within eleven days. King Peter II was forced to leave the country and he joined other monarchs and leaders of German-occupied Europe in London in June 1941. There King Peter was regarded by the people of Yugoslavia as the symbol of resistance against Nazism and worked hard on getting the Allies’ support for the fight of the people of Yugoslavia against occupying forces.

After the war, the nondemocratic communistic regime forbade the return of the Royal family to Yugoslavia, removed citizenship, and confiscated the entire private property. King Peter II never abdicated.

The King spent the last years of his life in America. He died on 3 November 1970 in Denver Hospital Colorado, and he was buried at the St. Sava Monastery Church in Libertyville Illinois. He was the only king buried in the United States.

The King’s remains were transferred to Royal Palace Chapel in Belgrade on 22 January 2013 and a State Funeral took place on 26 May 2013 at the Royal Family Mausoleum of St. George in Oplenac, Serbia where His Majesty joined other members of The Royal Family interned the Royal Mausoleum. 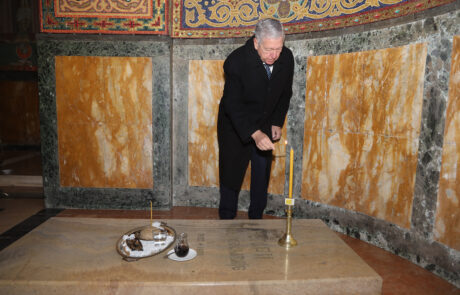 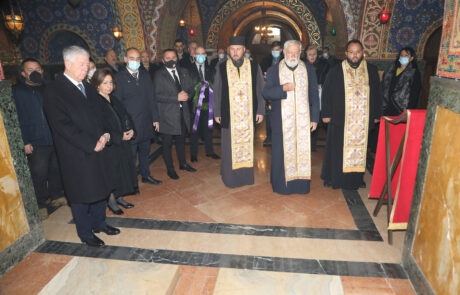 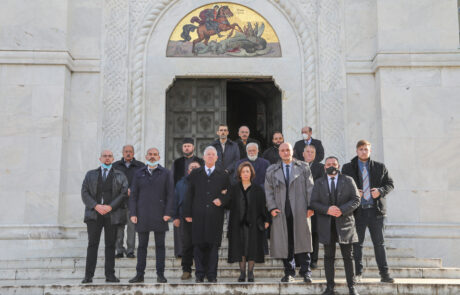 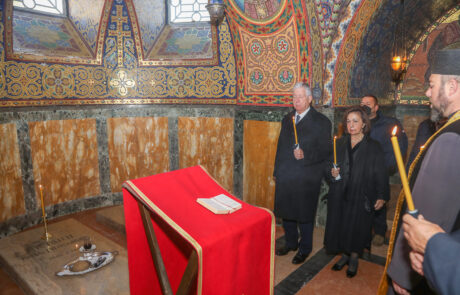