This medal was established and is awarded with the blessing of His Eminence Bishop of Srem Vasilije, on the ceremony of the transfer and burial of the remains of General and Supreme leader Djordje Stratimirovic in the Monastery of the Presentation of the Most Holy Mother of God in Sremski Karlovci.

“With great pleasure, I accept this high decoration that bears the name of a great man, a proud son of our nation, Supreme Leader Djordje Stratimirovic. He was a brave military commander who led the uprising of Serbs, fighting for their rights and autonomy in the Austro-Hungarian Empire. The people he led gave him the title of the Supreme Leader, same as it was at the beginning of the 19th century, when the people, by their own will, gave my ancestor Karadjordje the same rank.

Led by this trust and faith in him, that came directly from the brave people he led in their righteous fight, Djordje Stratimirovic won many battles. These battles were the antecedent of the final victory which occurred seven decades later when the long-lasting dream was fulfilled, and Serbs from Vojvodina finally joined their countryman from the homeland, to live in the same state. His patriotism and love for his nation and his country, must be admired and respected”, said HRH Crown Prince Alexander.

Mr. Danijel Kulacin, President of the Center for Development of Sajkaska stated on this occasion: “As the Head of the Royal House of Serbia, respecting the old rule that the Monarch has the right to be the bearer of all decorations that are awarded in his country, this desire of ours, to decorate HRH Crown Prince Alexander with this medal, is natural and logical. However, this act should, perhaps, even more, serve as a modest sign of our sincere love and devotion to the Crown and Your Royal Highness, and we ask you to accept this little sign of our attention and blessing of our Holy Church.

This medal serves as a small token of gratitude for selfless service to God and the Serbian Orthodox Church and our people throughout Serbian lands and diasporas, as well as for selfless perseverance in the values of Saint Sava’s spirituality and ideas of all-Serbian unity.” 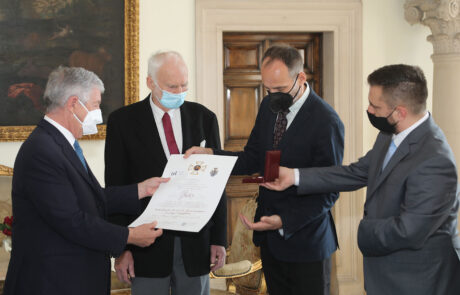 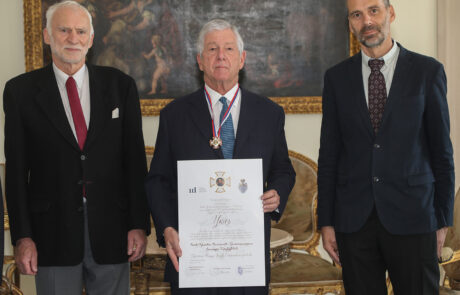