On the occasion of the Armistice Day, the exhibition “Karadjordjevic Dynasty in the Great War”, dedicated to the commemoration of the centennial of the beginning of the First World War was opened at the Royal Palace tonight. The hosts of the opening ceremony were Their Royal Highnesses Crown Prince Alexander and Crown Princess Katherine, and among the distinguished invitees were Professor Oliver Antic, the advisor of the President of the Republic, His Grace Bishop Arsenije of Toplica, Mrs. Betty Roumeliotis, the sister of Crown Princess Katherine, as well as thirty ambassadors and many representatives of cultural and public life of Serbia.

“The exhibition “Karadjordjevic Dynasty in the Great War” is opening on Armistice day, the day when the First World War ended. Today, looking to the future, we should all rely on the courage and strong moral conviction of our ancestors at that time. Let them be a model and inspiration to us, to make our country stable, democratic and prosperous” – said Crown Prince Alexander in his address to the distinguished guests.

Mr. Dragomir Acovic, Chairman of the Crown Council, said: “Here at the Royal Palace in Belgrade we are commemorating the centenary of the beginning of the Great War. This is the third exhibition that the Royal Palace Fund and its director, Mr. Dusan Babac, under the auspices and with the support of HRH Crown Prince Alexander have organized in the period of only two months. The first was dedicated to the jubilee of the coronation and anointment of King Peter I, the second to the martyrdom of King Alexander I, and this third one, which we are presenting tonight, to the place and role of the Karadjordjevic’s in the Great War. Nearly every member of Karadjordje’s Dynasty took a personal involvement in this war, and every one of the descendants of the Supreme Leader is a part of the iconostasis of our national being and ourhistorical consciousness”.

Professor Oliver Antic, advisor to the President of the Republic stressed: “Following the decision of President Tomislav Nikolic, we managed to fulfil something very rare in our recent history, and that is to bring all the Karadjordjevic’s where they belong, in the family mausoleum, the church of St. George in Oplenac. By this act the President of the Republic has shown the respect he has for the Royal Family Karadjordjevic, and for Serbian tradition”

Prominent Serbian actor Lazar Ristovski also addressed the audience by presenting the project “King Peter’s Socks”, which he is currently working on.

Only a month before the Austro-Hungarian Empire declared war on Serbia, the state of health of HM King Peter I worsened, and he transferred his royal prerogatives to his son, then Crown Prince Alexander. Under his supreme command the Serbian army achieved magnificent victories in the battles of Cer and Kolubara. However, after Germany and Bulgaria entered the war, the Serbian army, led by King Peter I and Crown Prince Alexander, was forced to retreat and leave the country to Corfu. The Albanian Golgotha left a big mark on the health of King Peter I, but he lived to see the final victory and the liberation of Serbia

The visitors of the exhibition “Karadjordjevic Dynasty in the Great War”, will be able to see an interesting collection of photographs of the members of the Karadjordjevic Dynasty taken during the Great War, the portraits of Their Majesties King Peter I and King Alexander I, as well as personal belongings of the Serbian army soldiers who fought for the liberation of Serbia. The author of this exhibition is Mr. Dusan Babac, a member of Crown Prince Alexander’s Privy Council.

For all citizens who are interested in visiting the exhibition “Karadjordjevic Dynasty in the Great War” group tours will be organized available every working day from 11:00 am with mandatory request to the Crown Prince Alexander’s Office at least a day before the visit, by phone: 011 306 4007, or by email: [email protected] 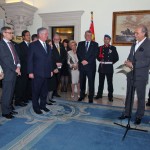 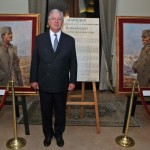 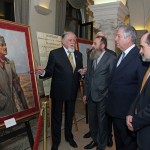 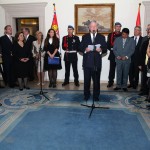