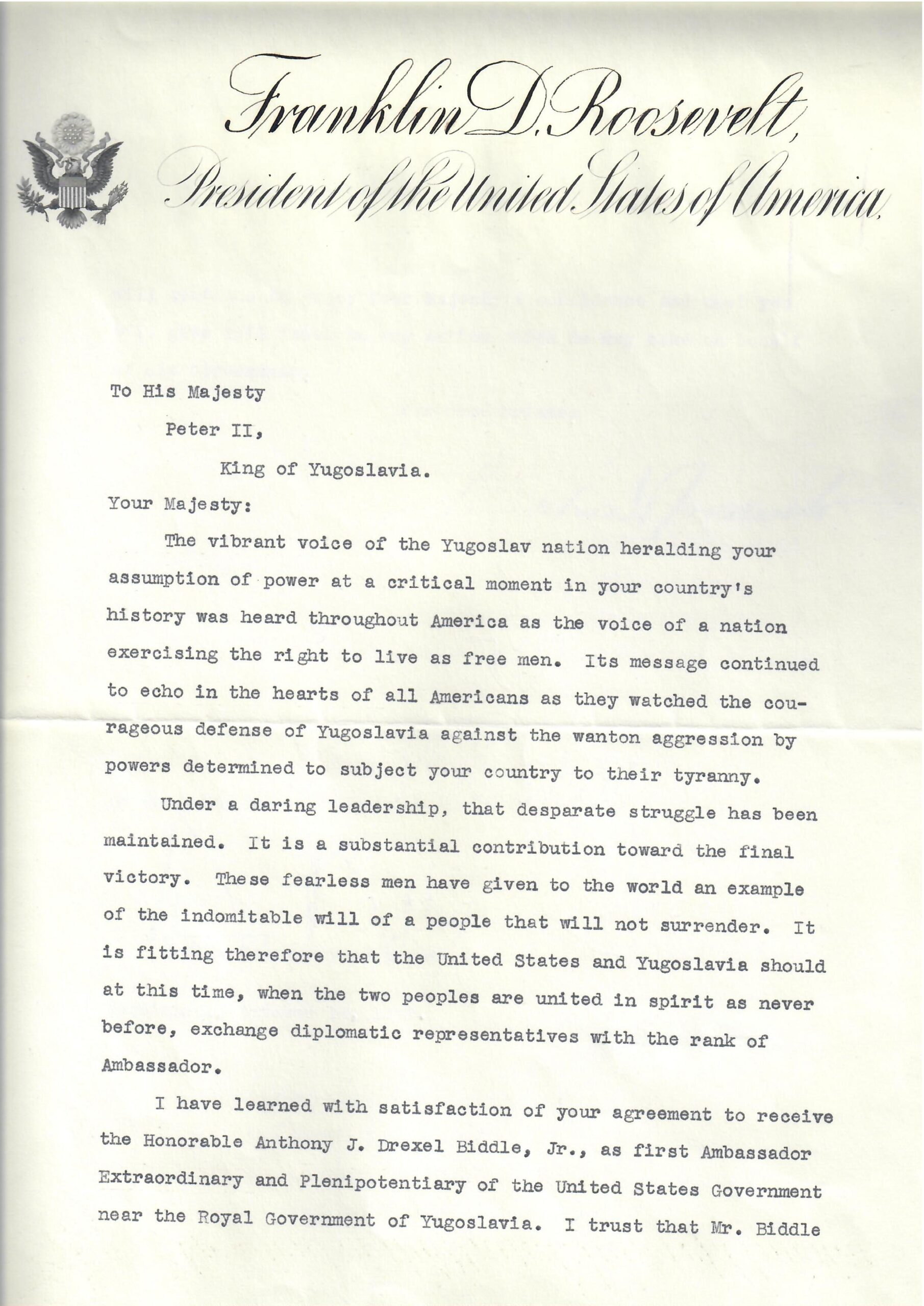 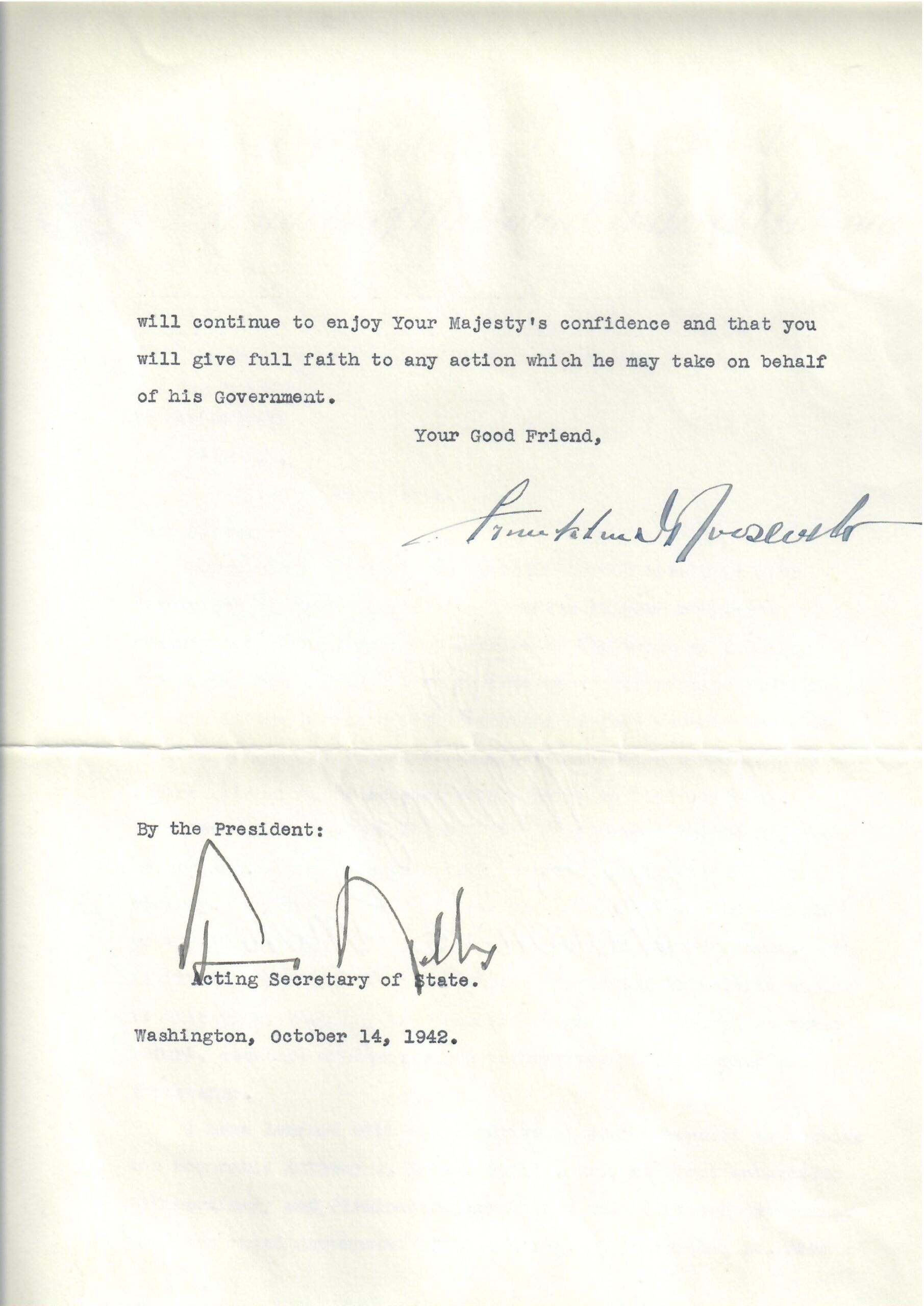 Franklin D. Roosevelt,
President of the United States of America

The vibrant voice of the Yugoslav nation heralding your assumption of power at a critical moment in your country’s history was heard throughout America as the voice of a nation exercising the right to live as free men. Its message continued to echo in the hearts of all Americans as they watched the courageous defense of Yugoslavia against the wanton aggression by powers determined to subject your country to their tyranny.

Under a daring leadership, that desperate struggle has been maintained. It is a substantial contribution toward the final victory. These fearless men have given to the world an example of the indomitable will of a people that will not surrender. It is fitting therefore that the United States and Yugoslavia should at this time, when the two peoples are united in spirit as never before, exchange diplomatic representatives with the rank of Ambassador.

I have learned with satisfaction of your agreement to receive the Honorable Anthony J. Drexel Biddle, Jr., as first Ambassador Extraordinary and Plenipotentiary of the United States Government near the Royal Government of Yugoslavia. I trust that Mr. Biddle will continue to enjoy Your Majesty’s confidence and that you will give full faith to any action which he may take on behalf of his Government.