“HOW PRINCES AND PRINCESSES LIVE” COMPETITION WINNERS AT ROYAL PALACE

Their Royal Highnesses Crown Prince Alexander and Crown Princess Katherine hosted fifteen children from the Municipality of Subotica, who are the winners of the competition “How Kings and Queens, Princes and Princesses live in the 21st century”, at the Royal Palace today.

Children aged 6 to 15, mostly from Hungarian minority of Vojvodina, competed in drawing and writing essays, and the competition was organized by the “Kolibri” Association from Hajdukovo. More than 120 works were submitted, and the winners in each of the categories (divided by age) received plaques and books as a gift, as well as a gift trip to Belgrade with a visit to the Royal Compound where they were welcomed by TRH Crown Prince Alexander and Crown Princess Katherine.

“It is a great pleasure for me and my wife to receive you today at the Royal Palace and to show you how Princes and Princesses really live. We really liked the idea of ​​the “Kolibri” Association to organize this interesting competition, and we liked your drawings very much”, said HRH Crown Prince Alexander.

Their Royal Highnesses made certain that the children brought back home nice memories of the Royal and White Palace, also giving them packages, with toys and sweets, while the “Kolibri” Association presented Crown Prince Alexander and Crown Princess Katherine with one of the awarded drawings that will always remind them on this day. 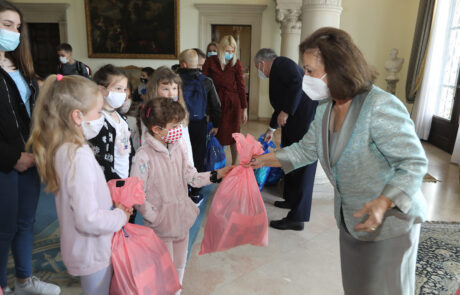 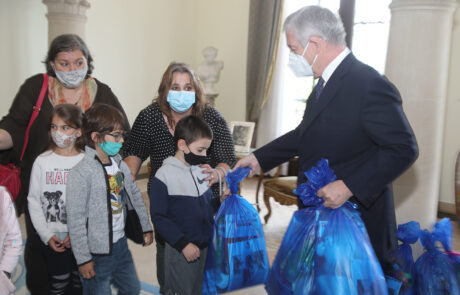