In the presence of TRH Crown Prince Alexander and Crown Princess Katherine, His Holiness Serbian Patriarch Porfirije consecrated the restored Holy Cross that adorns the dome of the Royal Chapel of St. Andrew the First-Called, patron saint of the Karadjordjevic family.

After the consecration of the Holy Cross, Crown Prince Alexander and Crown Princess Katherine had a long conversation with the Patriarch on a number of current topics and issues of interest to the nation and the Church.

“His Holiness is not for the first time in our home, but this is the first time we have met since he took over his sacred duty. The Serbian Orthodox Church and the Crown are the oldest institutions of our people that have preserved and guided it through centuries. I am sure that we will continue this tradition of working for the common good together, with our Patriarch Porfirije, as the spiritual father of all of us”, said Crown Prince Alexander.

During the act of the Royal Chapel Cross consecration, Serbian Patriarch Porfirije emphasized the importance of the cross as a symbol of the crucifixion, but also as a sign of victory and resurrection.

“By the power of God, His gratitude, and His love, when we have the cross as a sign, then comes renewal and resurrection. May God grant that everything that is honorable is renewed and resurrected: in us, in the Royal House, in our people and state, and above all in our Orthodox Church”, said the Serbian Patriarch Porfirije.

At the end of the meeting, His Holiness Porfirije thanked the hosts for their hospitality, and blessed Crown Prince Alexander, Crown Princess Katherine and the entire Royal Family with the Holy Archpastoral and Patriarchal Blessing. 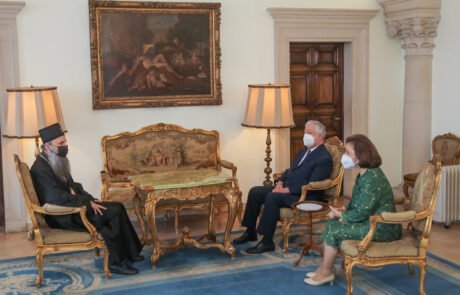 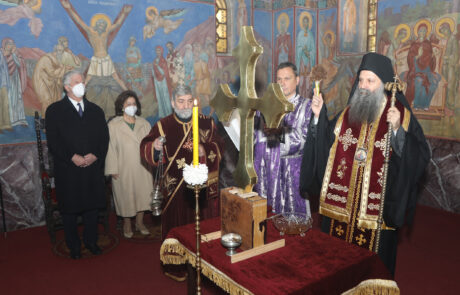