HRH Crown Prince Alexander welcomed today the representatives of the Royal Football Club “Ravna Gora” from Belgrade in the Royal Palace and personally gave them a letter of His Highness’ patronage of this club.

“It is with great honour and pleasure that I accept to be the honorary patron of the Royal Football Club Ravna Gora. The name that you have chosen for your club is an important one, it is the name that carries a lot of weight, symbolism, and a great commitment. Up until 1941, it was a common toponym, that many various hills in our country had. But ever since the arrival of legendary (at the time) Colonel Dragoljub Draza Mihailovic with the first group of officers to Ravna Gora on the slopes of Mountain Suvobor, firmly determined to follow the footsteps and legacy of our ancestors and not to obey any conqueror, but to put their lives to the altar of the homeland in a righteous fight for justice and freedom, the name Ravna Gora became an important symbol for every true patriot in our country.

By choosing this name, you have obliged yourself to always be faithful to supreme values and ideals of justice, righteousness, loyalty, honesty, and fairness, as the immortal General Mihailovic and his heroic fighters always were. And these are the values that can be implemented in every aspect of life, including the sport battles in which you are participating.

So be proud to carry the name of the Royal Football Club Ravna Gora, and always remember how important it is to our country and our people, to our history, traditions, and to the values we all believe in.

I wish you many success and victories on the football pitch, may the name Ravna Gora always be said with pride and dignity”, stated Crown Prince Alexander.

His Highness attended the first football game that Ravna Gora Football Club played in August this year, and he started the match, by making the first kickoff the ball. Symbolically, this was a humanitarian match for raising funds for the renewal of the Church of Saint George in Ravna Gora, and the opponent was the team “Karadjordje” from Topola.

The Royal Football Club Ravna Gora was founded on 12 November 2020, with the goal of nurturing the traditional values of our people and that, through competition with the spirit of fair play, they make the best possible results.

In the current season, the Ravna Gora team is competing in the Inter-Municipal Belgrade League, and currently is the leader of this league. 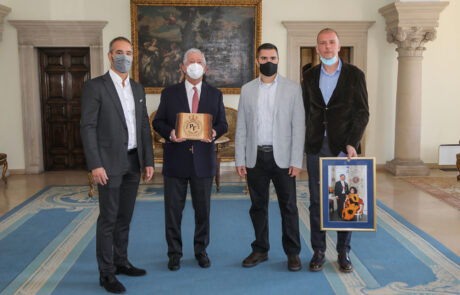 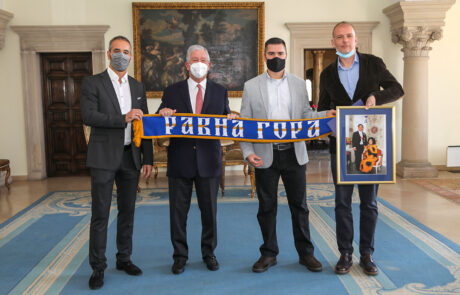