On the occasion of 60th memorial service of HM Queen Maria, Their Royal Highnesses Crown Prince Alexander and Crown Princess Katherine visited Oplenac and laid a wreath and lit candles at her tomb.

Queen Maria was Queen Consort of King Alexander I and the mother of King Peter II. She was born as Romanian Princess on January 9th 1900 and was known as Mignon.

She won the hearts of Serbian people when she addressed them upon her arrival it was in fluent Serbian, and she was very much loved and respected for her humanitarian work. She was known as the Queen Mother to all people in Yugoslavia. After the assassination of HM King Alexander I in Marseilles on 9 October 1934, she continued to care for her sons. She was very active with the Red Cross during World War II, and sent a lot of humanitarian help to Yugoslavia, but always signed herself with the alias Maria K. Djordjevic. One of her most famous endowments is University Children Hospital – Tirsova in Belgrade.

She died in London on 22 June 1961 and was buried at the Royal Burial Ground, Frogmore. It is a cemetery used by the British royal family. Consecrated on 23 October 1928 by the Bishop of Oxford, it is adjacent to the Royal Mausoleum, which was built in 1862 to house the tomb of Queen Victoria and Prince Albert. Crown Prince Alexander attended the funeral when he was 15 years old.

Her Majesty’s remains were transferred to Serbia on 29 April 2013, and she was buried at the Royal Mausoleum in Oplenac next to King Alexander I during the State funeral 26 May 2013. 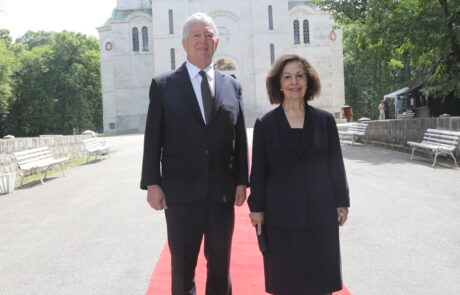 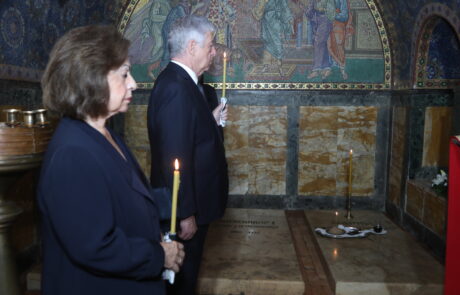 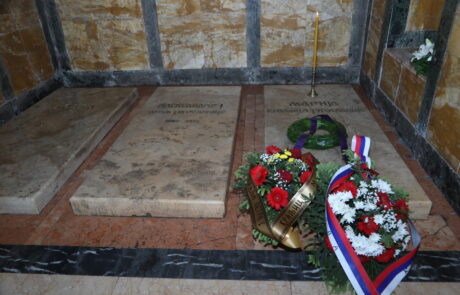