TRH Crown Prince Alexander and Crown Princess Katherine attended yesterday the premiere of the new art program of the “Venac” (Wreath) Ensemble from Pristina, with a temporary seat in Gracanica, performed in the National Theatre in Belgrade, Serbia, titled “700 – Venac dances in the glory of 700 years of Gracanica Monastery”.

At the reception before the program, the project Virtual Exhibition of Material and Intangible Cultural Heritage ff Kosovo and Metohija was also presented. Through virtual glasses, four monasteries from Kosovo and Metohija that are on the UNESCO list and 10 types of Serbian folk costumes could be seen. Also, the painting “700” was presented, by young artist, painter Milica Kostic from Pristina, who prepared this work of art especially for this program.

The Ensemble of Serbian folk dances and songs from Kosovo and Metohija “Venac”, as a guardian and presenter of the intangible cultural heritage of Kosovo and Metohija and Serbia, is this way making a great contribution to mark the 700th anniversary of the Gracanica monastery, and on that occasion presents this artistic program throughout Serbia and the region.

“I am very happy that we were here tonight and enjoyed the beautiful performance of the Venac Ensemble. Seven centuries of Gracanica are a great reminder to everybody how deep and unbreakable are the roots of the Serbian people in Kosovo. And we should keep reminding everybody of that. Kosovo and Metohija is a holy land for each Serb, and our monasteries are the strongest pillars of preserving the tradition and cultural identity of the Serbian people, together with Associations such as Venac Ensemble, that give a tremendous contribution to this highly valued cause.

In addition to keeping the memory of our legacy in Kosovo, we must also be sure to do what we can to support our people, who are struggling to survive in our southern region. Every kind of help is always needed, so they can continue living at their centuries-old hearthstones. Nobody can take away Kosovo from our hearts and souls, many have tried, but not succeeded”, said HRH Crown Prince Alexander

The construction of the monastery of Gracanica, the endowment of King Stefan Uros II Milutin (Nemanjic), was completed in 1321, so in 2021 it was 700 years since that event. The ensemble of folk dances and songs of Kosovo and Metohija “Venac” from Pristina with temporary headquarters in Gracanica believes that the place where the mission of preservation, stage design and presentation of intangible cultural heritage works determines and obliges it to mark this jubilee with a multimedia art program.

The program 700 – Venac dances in the glory of 700 years of Gracanica Monastery is a brave step forward in the creation of stage folklore and an attempt to create a special art form, probably closest to choreography and musicals. The libretto is based on the story of the Radovic family mentioned in the Gracanica Charter, written in the form of a fresco, whose fate we have been following along with the fate of the people and monasteries since 1321, when Gracanica was founded, until 2021. Through the most important historical events of Serbian history and the people from this area, we depict the fate of an ordinary man expressed through dance, song, customs, and stage movement inspired by events. 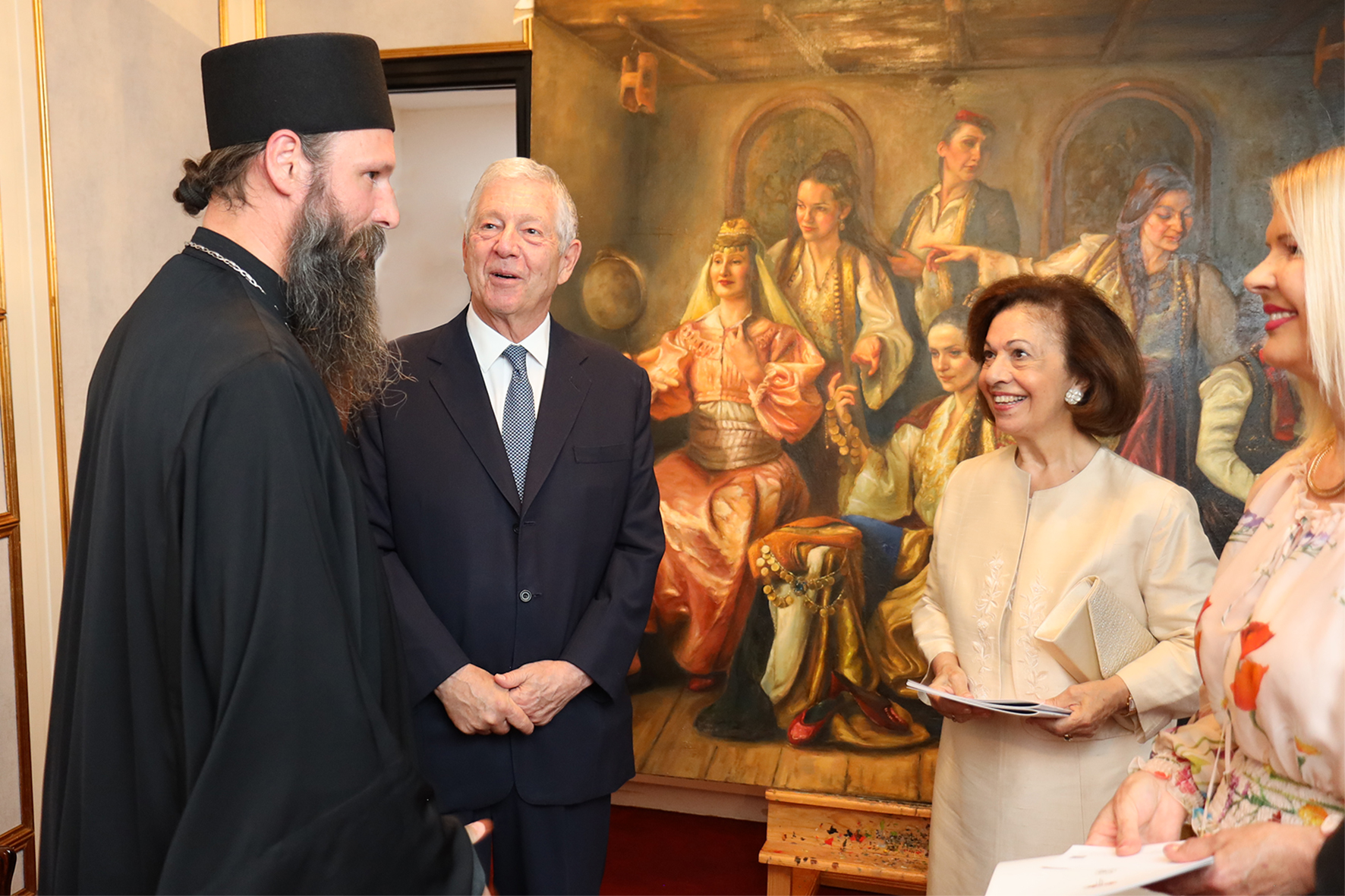 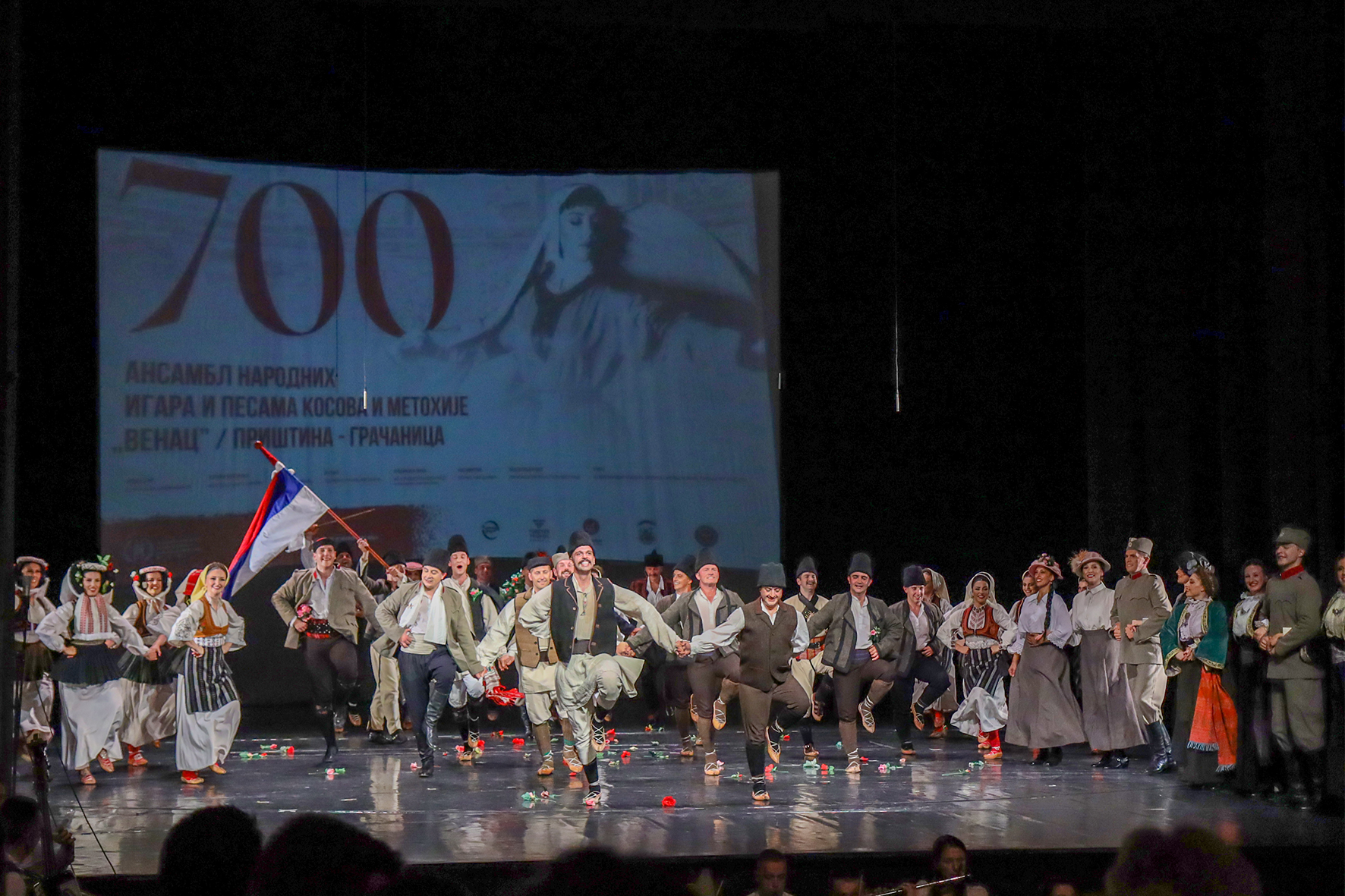 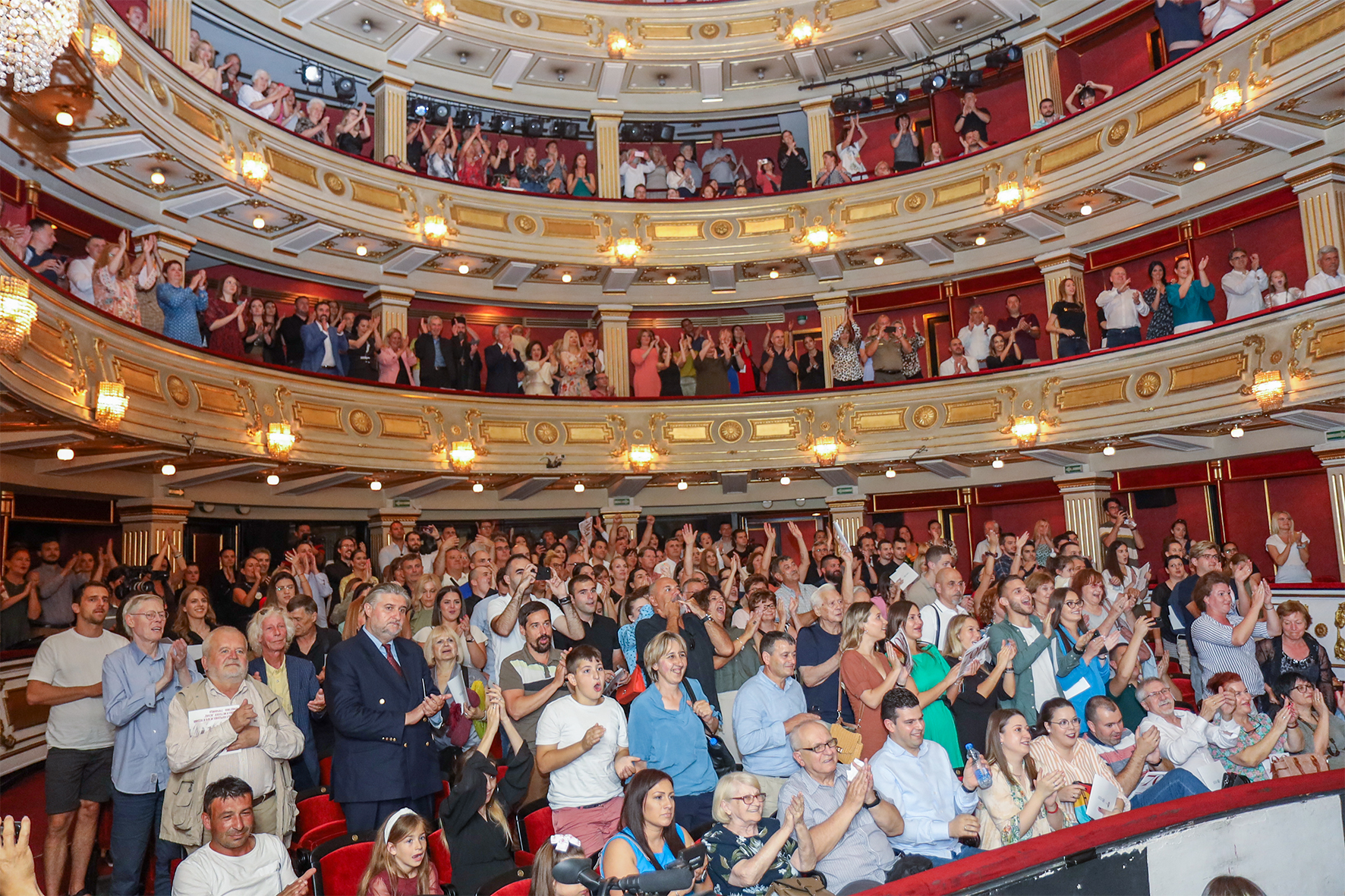 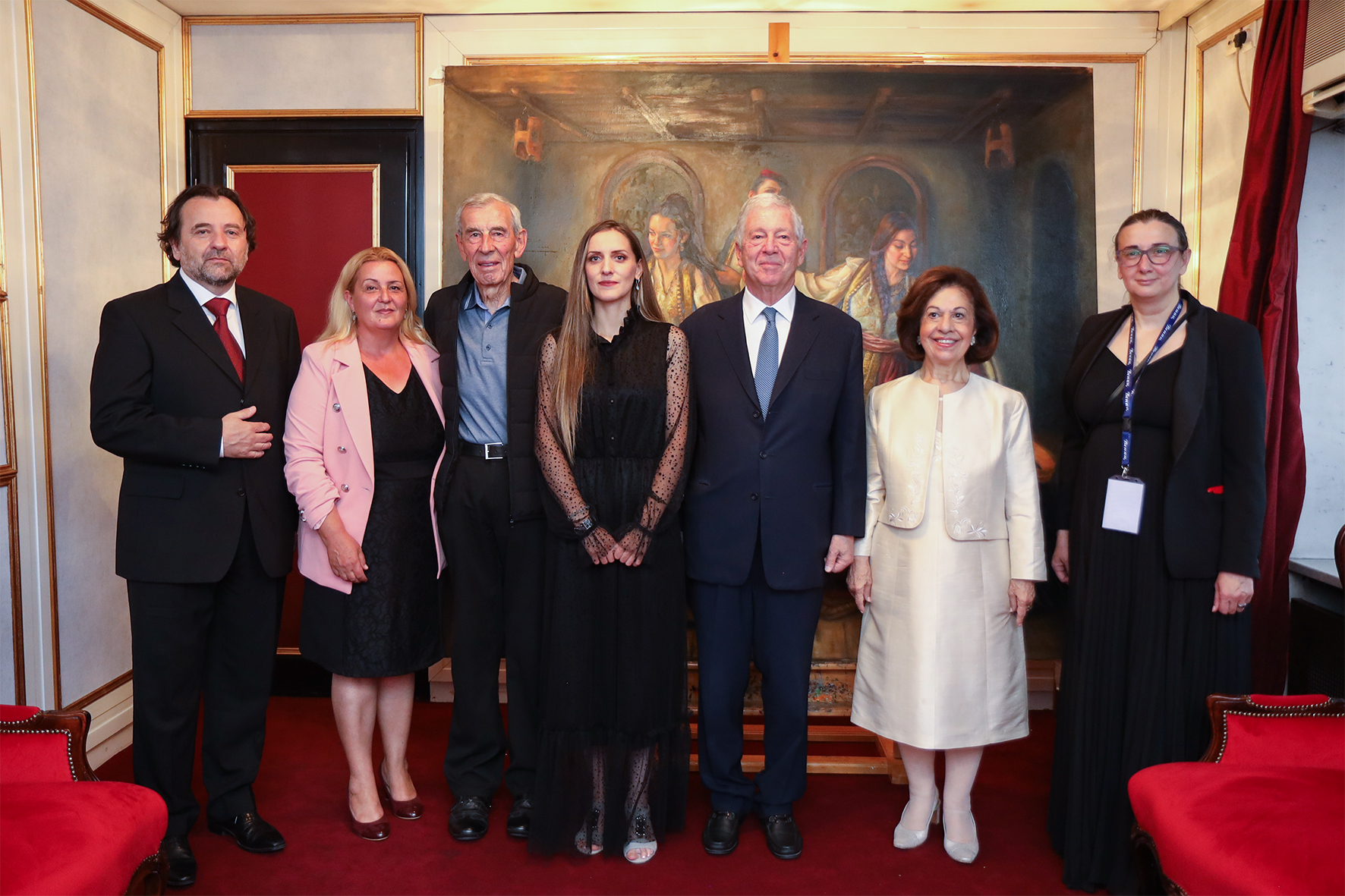 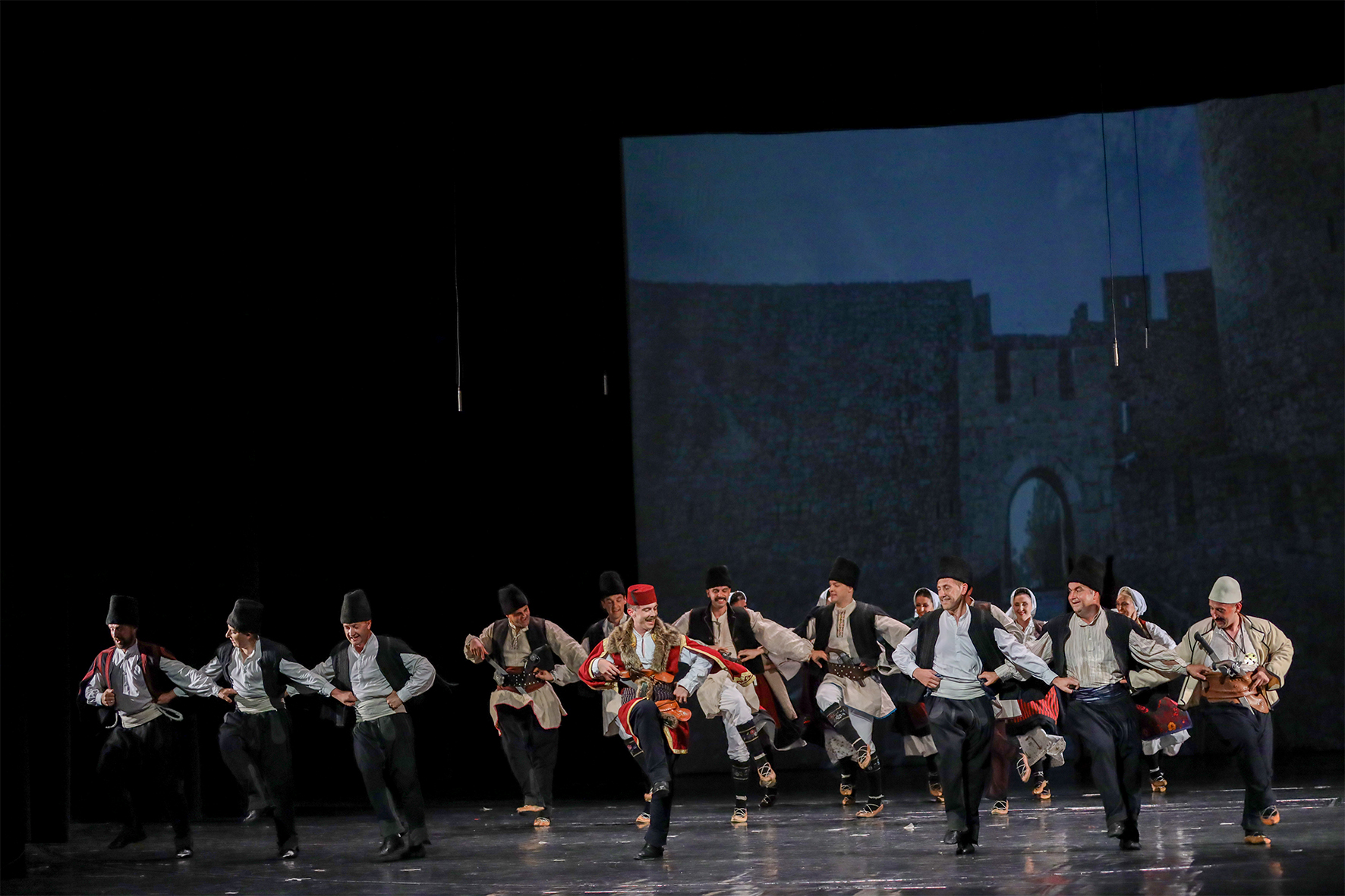