Their Royal Highnesses Crown Prince Alexander II and Crown Princess Katherine hosted this evening at the Royal Palace the opening of the exhibition “110th Anniversary of Coronation of King Peter I”. Before the exhibition His Holiness Patriarch Irinej of Serbia officiated a service in the memory of His Majesty King Peter I the Liberator at the Royal Chapel of St. Andrew the First Called.

Guests were addressed by His Royal Highness Crown Prince Alexander II, who officially opened the exhibition, His Holiness Patriarch Irinej of Serbia, and Mr Dragomir Acovic, Chairman of the Crown Council.

HRH Crown Prince Alexander welcomed guests and said: “My family and I are very happy to wish you a warm welcome tonight. Today, we mark the one hundred and tenth anniversary of the coronation of my great-grandfather King Peter I, the event which had a great historical significance and importance for Serbia.

From the beginning of his reign, my great-grandfather faced serious obstacles. Serbia was torn by the inner political struggle. His biggest task was the affirmation of the principles of political liberalism, parliamentarism, democracy and its institutions, in the politics and in life in Serbia. He felt that it was necessary for further progress, as well as for the access to the developed European countries.”

His Holiness Patriarch Irinej of Serbia has emphasized: “We want, our Church and our people, what we have had for centuries. To have a King at the helm of our country.  Old Serbian proverb says – there is no good without a King, and we are waiting for historic circumstances to lign up and to have a Serbian King, and thank God we have the original Serbian Dynasty of Karadjordjevic and our Crown Prince Alexander and we pray that God gives him good health and strength to continue fighting for the benefit of Serbia, as he has done so far, as a worthy descendant of King Peter I and King Alexander I the Unifier.

This extraordinary exhibition, whose author Mr Dusan Babac, member of the Privy Council, shows in detail this very important event regarding the positioning of the new Sovereign of Kingdom of Serbia, both domestically and internationally. After that, all European Royal Houses accepted the new King as a “brother”, while the people’s will wasshown by the decision of the National Parliament from 1903 was acknowledged.

That event has marked a new era in history of Serbia and history of the Balkans. King Peter faced very important and very difficult task to implement principles of the constitution in Serbian political life, the very principles he considered of outmost importance for the country’s future development.

King Peter I Karadjordjevic was the fifth child of Prince Alexander and Princess Persida (the daughter of Duke Jevrem Nenadovic). He was born on St. Peter’s Day 11 July 1844. He finished elementary and high school in Belgrade, and continued his education at the Venel – Olivier Institute in Geneva. After his graduation, Prince Peter went to College Saint Barb in 1861, and then in 1862 he enrolled in the famous French Military Academy of Saint-Cyr and graduated in 1864.

King Peter I died 16 August 1921 in Belgrade and was buried in the Mausoleum of St. George in Oplenac. Owing to his accomplishments in the Balkan wars and World War I, he was known by the people as King Peter I, The Liberator.

The “110th Anniversary of Coronation of King Peter I” exhibition will be open for visitors until Friday, October 3, every working day at 11 am and 2 pm, and visitors should announce their visit one day in advance by calling 011 306 4007. 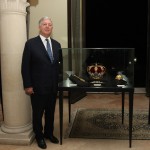 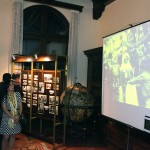 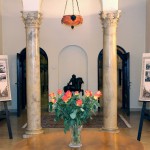 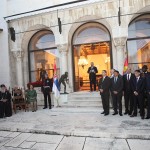 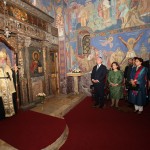 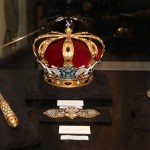 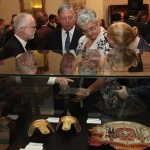 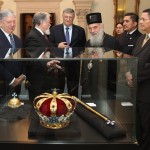