HRH Crown Prince Alexander and HRH Crown Princess Katherine attended a reception held yesterday, 14 February, in the Embassy of the Republic of Serbia in the United Kingdom to celebrate the Statehood Day of Serbia.

The event was hosted by H.E. the Ambassador of Serbia in the United Kingdom, Mrs. Aleksandra Joksimović, and Mr. Siniša Krajčinović, Head of the Representative Office of British – Serbian Chamber of Commerce in Serbia. They personally greeted Their Royal Highnesses in the Embassy and also used this opportunity to discuss further strengthening of the relations of the Serbian diaspora in the United Kingdom with their homeland. The Serbian community in England has great respect for Their Royal Highnesses and strongly supports their activities on helping Serbia and the Republic of Srpska and making good connections between our people no matter where they live in the world.

HRH Crown Prince Alexander, in his statement for the National Day of Serbia, said: “On the occasion of Statehood Day, I extend my warmest congratulations and best wishes to the citizens of Serbia! It is the day when we mark the past, but when we also prepare and celebrate the future of our state.

Our country was for many years under an Ottoman occupation, but this occupation could never break the liberating spirit that is at the core of our nation’s identity. From the first Serbian medieval state, in all the centuries that have flown by, there was one thing that was always constant – Serb’s love and cherish freedom! And we would do whatever it takes to defend it when it is endangered or to win it back when it is lost. Carried by this legacy, our ancestors constantly tried to free themselves from Turkish rule, but they were lacking unity. The strong opponent could not be crushed by small battles. And that unity was brought with the First Serbian Uprising, when all the Serbs stood in one front, and managed to liberate our country, for the first time in centuries. It was the starting point for all the future uprisings and battles, that brought us our final independence and liberty.

We also must remember the first Serbian Constitution that was adopted at the Sretenje Assembly in the city of Kragujevac in 1835. Written by one of the most educated Serbs of the time, Dimitrije Davidovic, it was one of the most modern, democratic, and liberal constitutions of its time. It prescribed the division of power into legislative, executive, and judicial branches, while citizens’ rights and freedoms were protected, which is still considered the standard of democracy and constitutionality today. Unfortunately, due to the great pressure from the Great Feudal Powers, it was suspended after 55 days, but it is a milestone that shows how ahead of its time our country was, and that it was a leader in establishing the values we all nurture even today.

I am immensely proud of our great ancestors, but I also feel a tremendous responsibility for their magnificent achievement, the restoration of the Serbian state. Their courage and willingness to do great things should be our inspiration and our guide.

Remembering the Meeting of the Lord of 1804 and wishing all of us to always celebrate this day as proud citizens of Serbia, united in love towards our nation and our country, I congratulate this great holiday, wishing to all of us and to our country much success and prosperity. Long live Serbia!” 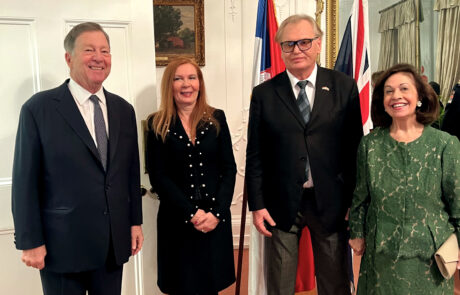 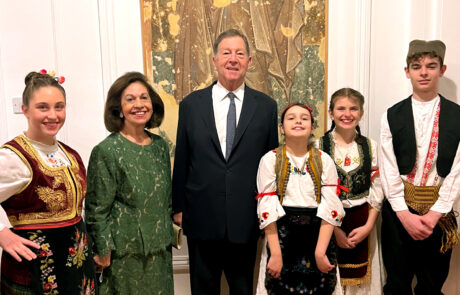