SERBIAN ROYAL COUPLE AT THE FUNERAL OF QUEEN ELIZABETH II

The day before, on Sunday, 18 September, Their Royal Highnesses attended a reception for Royal families and heads of state, held by Their Majesties King Charles III and Queen Consort Camilla at Buckingham Palace. Crown Prince and Crown Princess on the same day also paid their respect to the late Queen at Lying-in-State in Westminster Hall.

“This is a very sad day, the day when we said final fare-well to my beloved godmother, a remarkable monarch who most significantly marked the times that we all lived in as the longest reigning sovereign of the United Kingdom. She passed away, but the memory of her will live forever, fondly kept by all of us who knew her. I am grateful for all the moments we shared together, for her kind and caring words, and for her love.

I am sure that my dear uncle, HM King Charles III will be a worthy follower of his great mother, and I know that he will, with the same devotion and determination that Queen Elizabeth II had, serve his people and his country as the monarch of the United Kingdom and the other Commonwealth realms. The Queen’s shining example will lead him in performing his important duty”, stated HRH Crown Prince Alexander on this occasion.

The members of the Royal Family of the United Kingdom, led by TM King Charles III and Queen Consort Camilla, HRH the Prince of Wales, William and The Duchess of Cornwall HRH Princess Catherine, were accompanied by many distinguished people in saying goodbye to the late Queen and setting her off to her eternal rest. Together with the Royal Couple of Serbia, the Royal families of Europe and the world were present including: TIM Emperor Naruhito and Empress Masako of Japan, HM King Carl XVI Gustaf and HM Queen Silvia of Sweden, King Philippe and HM Queen Mathilde of Belgium, HM King Felipe VI and HM Queen Letizia of Spain, HM King Willem-Alexander and HM Queen Máxima of Netherlands, HM Queen Margrethe II and HRH Crown Prince Frederik of Denmark, HM King Harald V and HM Queen Sonja of Norway, HSH Prince Albert II and Princess Charlene of Monaco, HRH Henri, the Grand Duke of Luxembourg, HSH Prince Hans-Adam II of Liechtenstein, HM King Abdullah II and Queen Rania of Jordan,  HM the Sultan of Brunei Hassanal Bolkiah ibni Omar Ali Saifuddien III, HM the Sultan of Oman Haitham bin Tariq Al Said, HM the King of Malaysia Abdullah of Pahang, Emir Tamim bin Hamad Al Thani of Qatar,  as well as HM Custodian of the Crown of Romania Margareta, HM Czar Simeon of the Bulgarians, HM Queen Anne Marie and HRH Crown Prince Pavlos of Greece, and many other Royals.

The sad event began with the funeral procession, and the Queen’s coffin was conveyed from Westminster Hall to Westminster Abbey. HM King Charles III, HRH the Prince of Wales, William, together with other senior members of the Royal family of the United Kingdom walked behind the Queen’s coffin during the procession, where the coffin was carried on the gun carriage that was used for the funerals of King Edward VII, King George V, and the Queen’s father, HM King George VI who was Crown Prince Alexander’s godfather.

The state funeral at Westminster Abbey is likely one of the biggest single ceremonial events that happened in Great Britain since World War Two. The order of service, with its choice of music and readings, reflected the Queen’s personal choices for the funeral, since Her Majesty, a long time before her death, made arrangements and was consulted regarding the protocol of her funeral.

After the Abbey service, the Queen’s coffin was carried in a further procession to Wellington Arch and finally was conveyed to Windsor for a committal service at St George’s Chapel Windsor, where Crown Prince Alexander and Crown Princess also were. The Queen will be buried later today in the King George VI Memorial Chapel, where she will rests with her husband Prince Philip, the Duke of Edinburgh, who died last year.

HM Queen Elizabeth II passed away on 8 September 2022, the year when she marked the 70th anniversary of being the British monarch. Together with her father, HM King George VI, she was the godmother of HRH Crown Prince Alexander. The baptism was officiated by Patriarch Gavrilo and Bishop Nikolaj Velimirovic (who is now a Saint in the Serbian Orthodox Church) on October 24th, 1945 at Westminster Abbey. HM King Charles III is Crown Prince Alexander’s uncle, since his father, HRH Prince Philip, late Duke of Edinburgh, was the son of the Greek and Danish Prince Andrew, the brother of the Greek King Constantine, the maternal great-grandfather of Crown Prince Alexander. 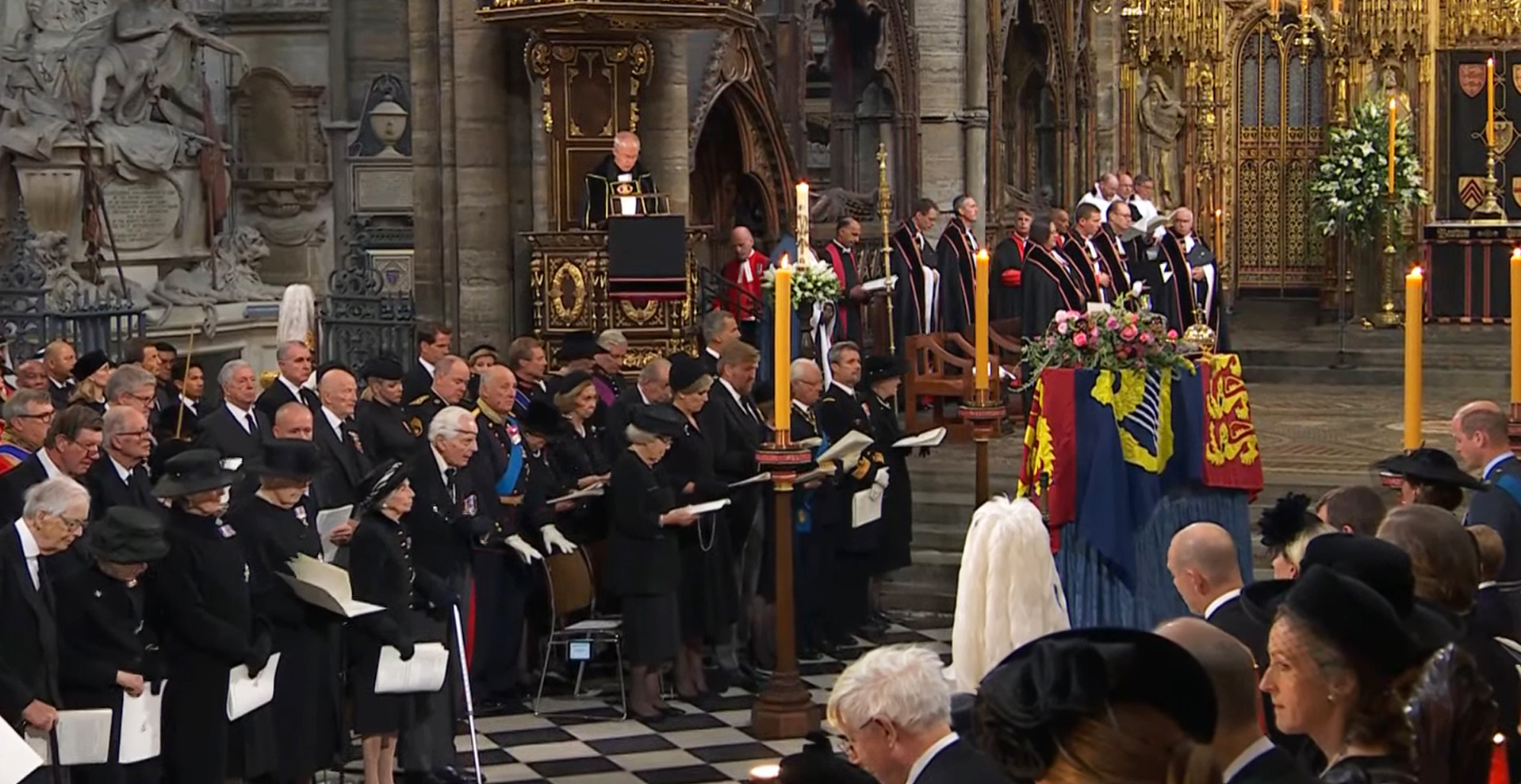 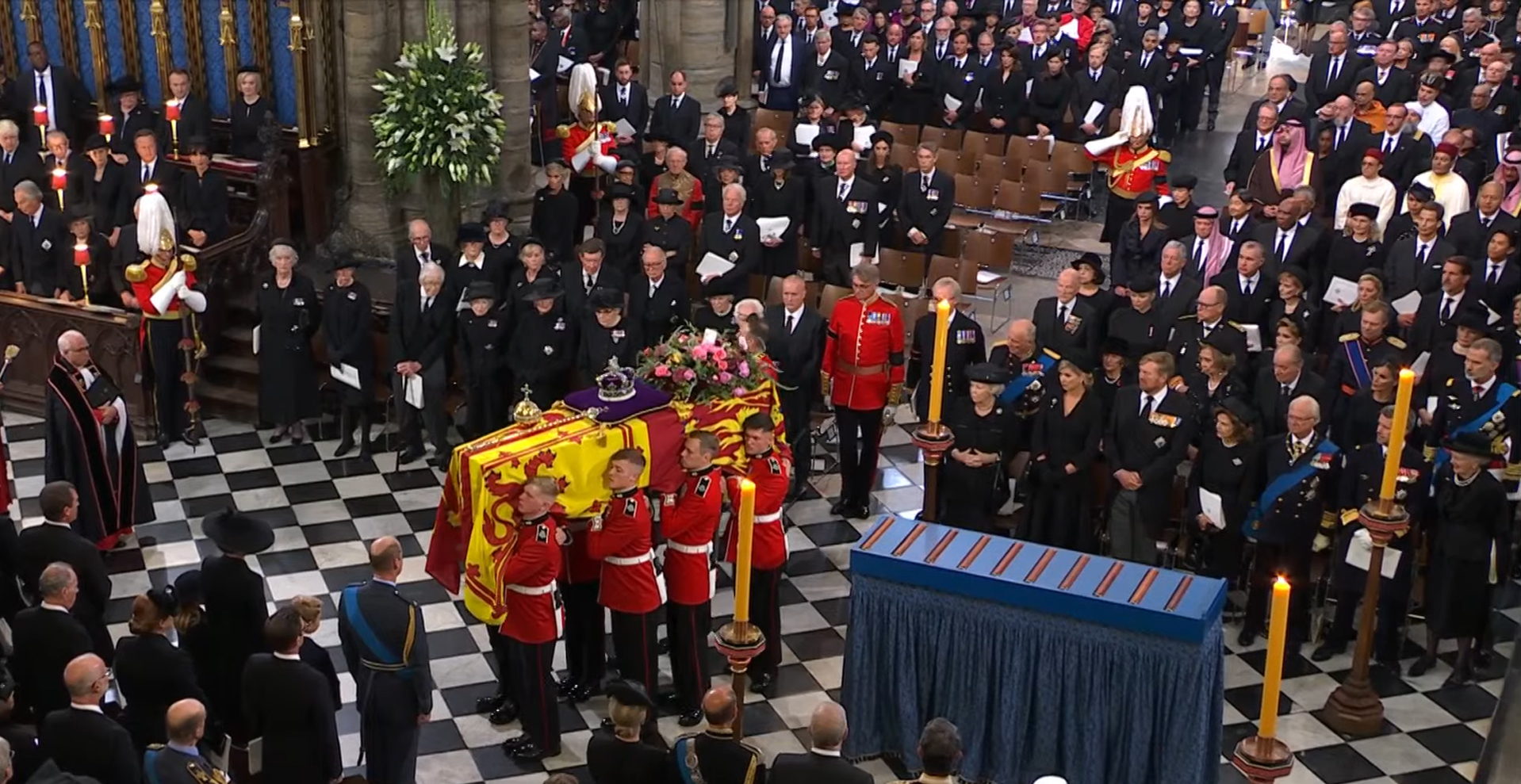 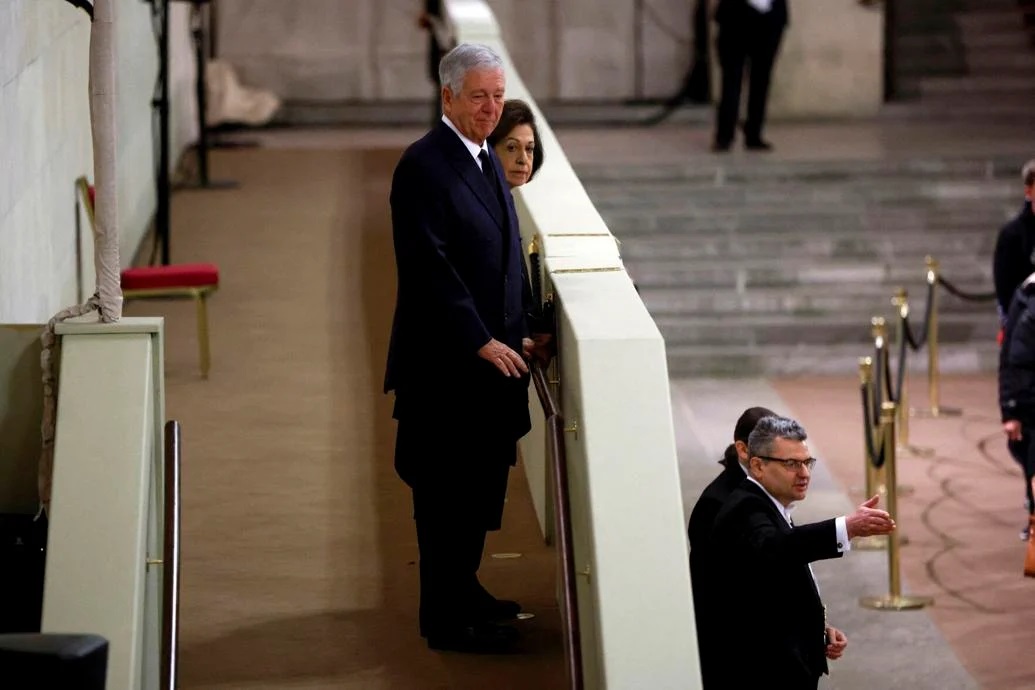 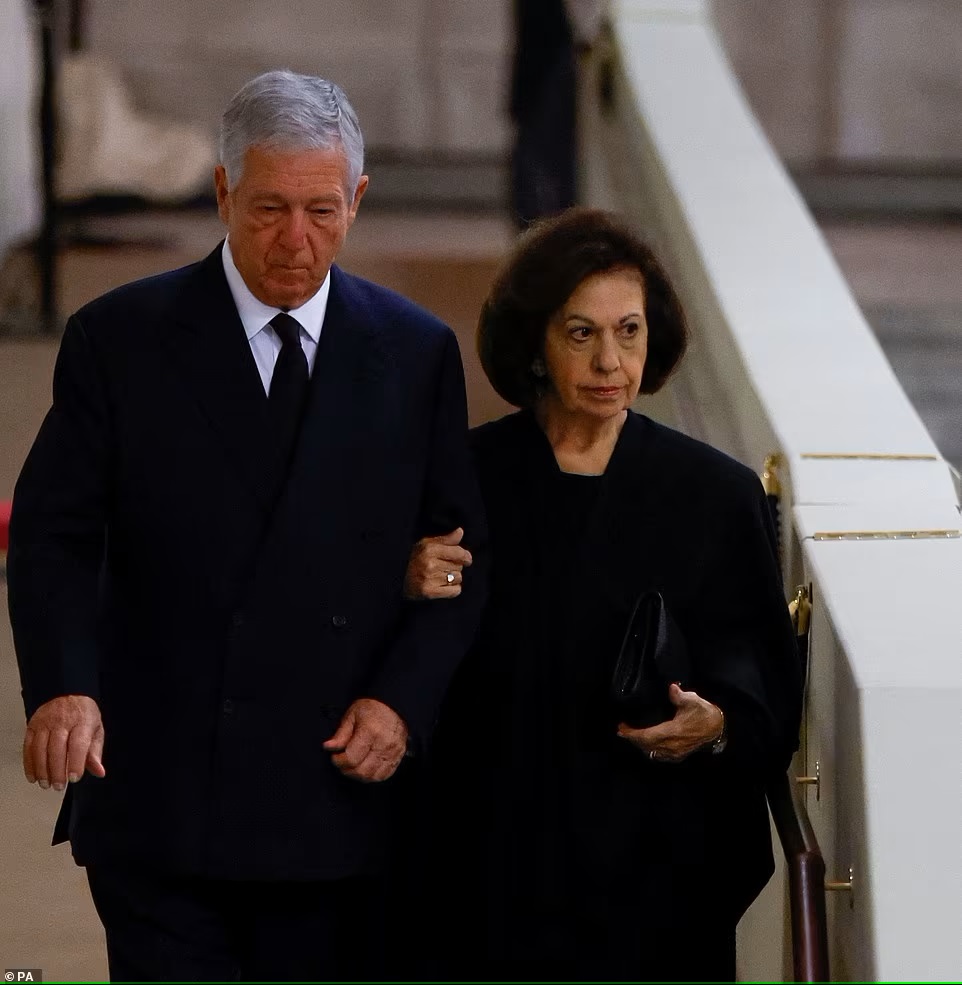 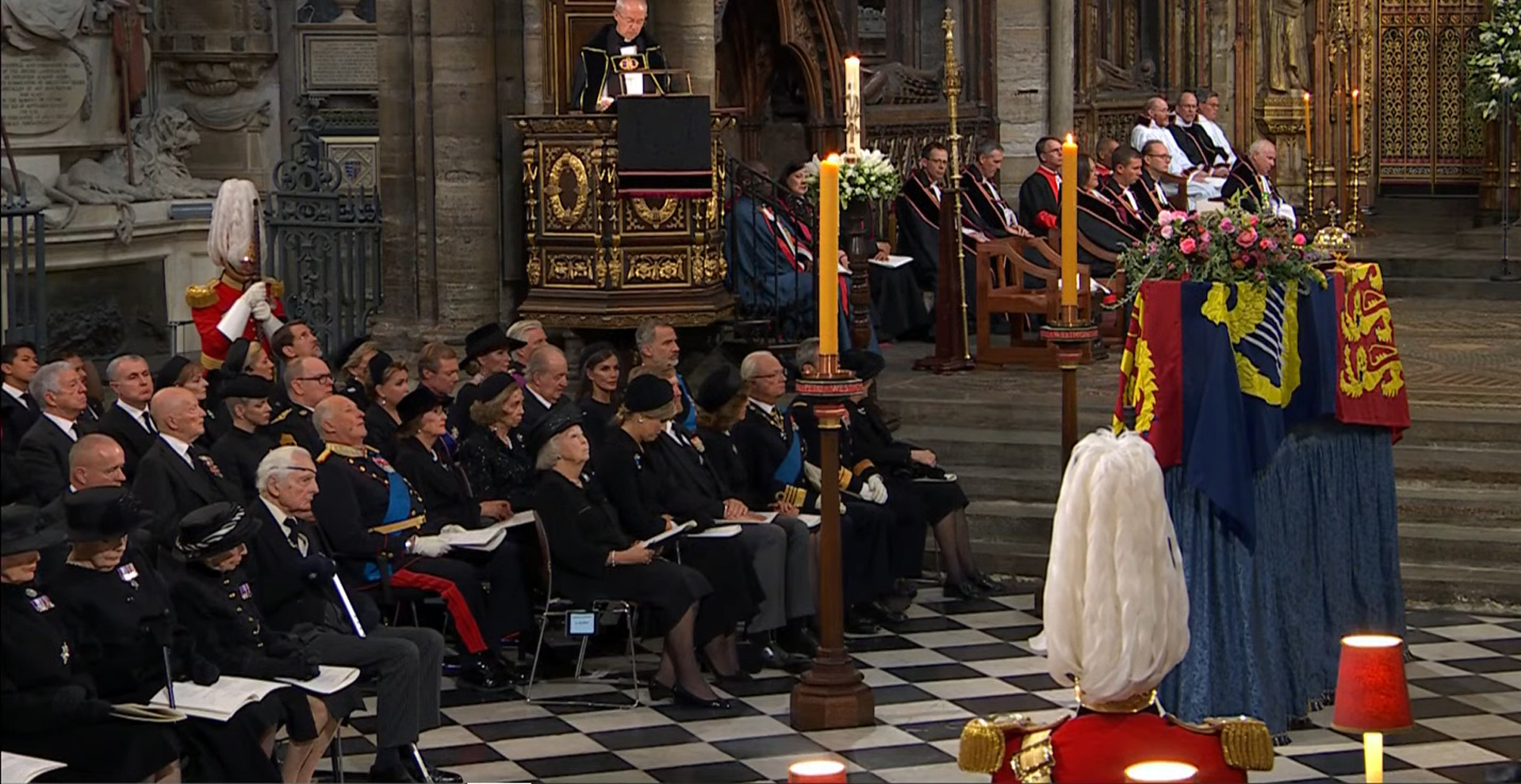 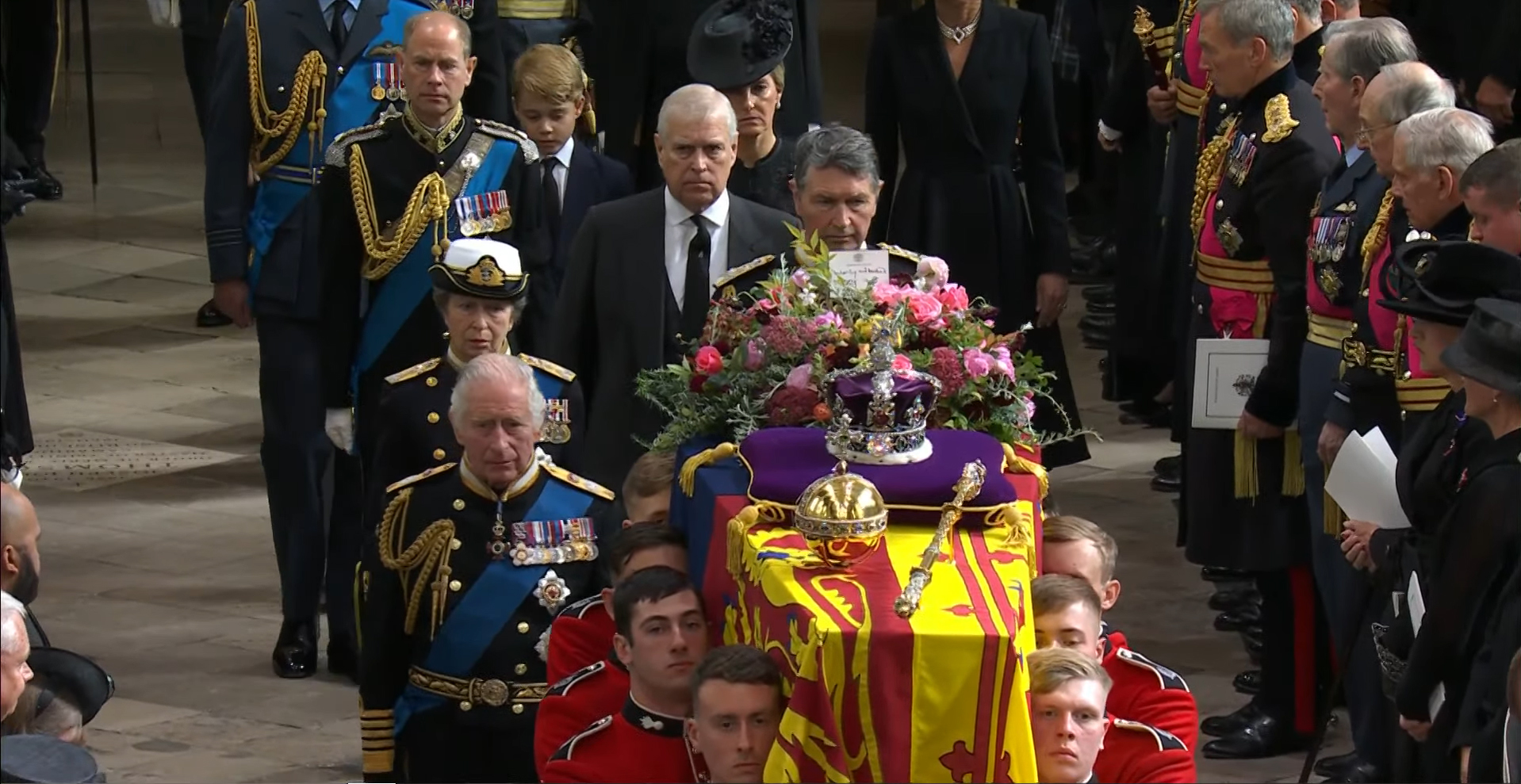 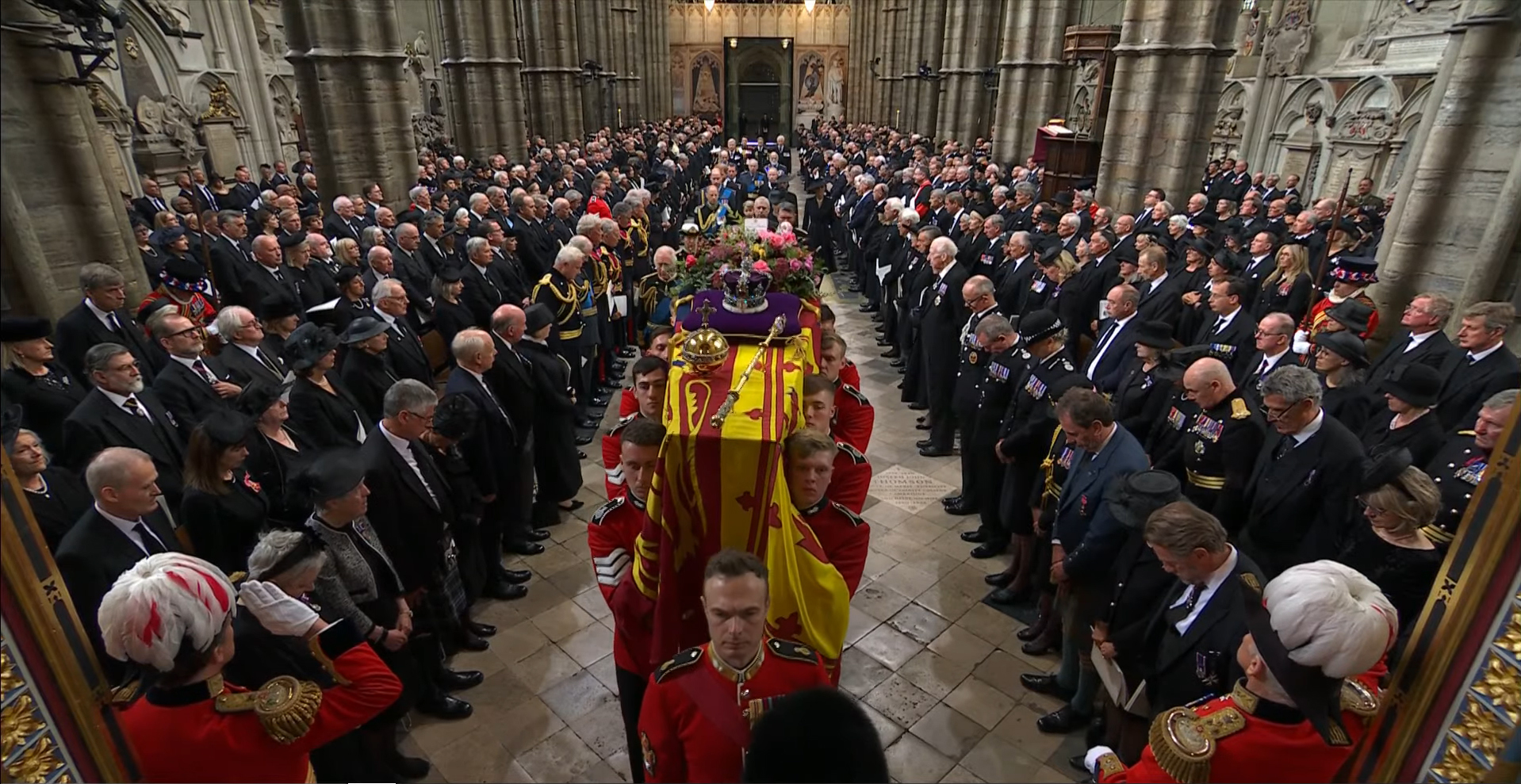 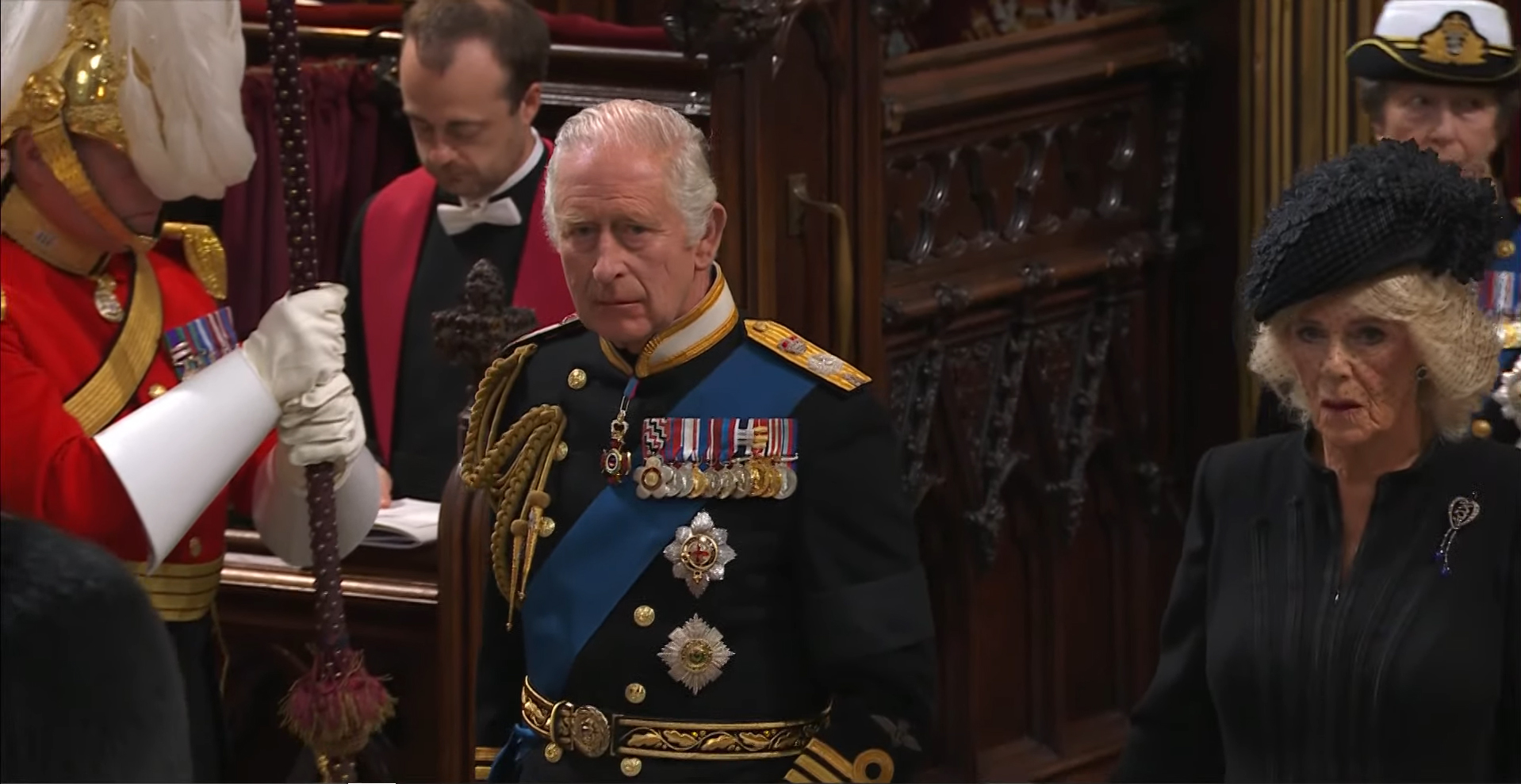 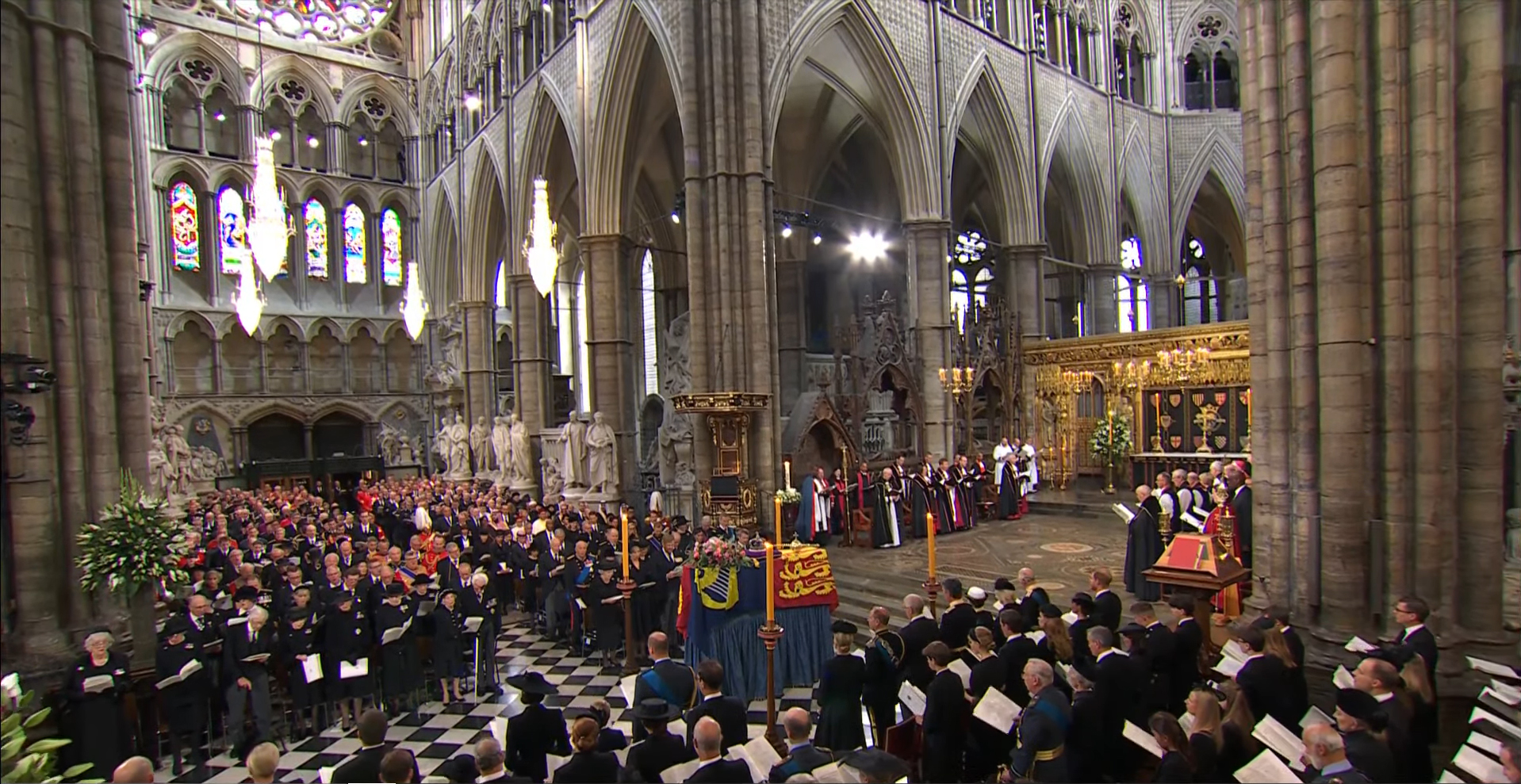 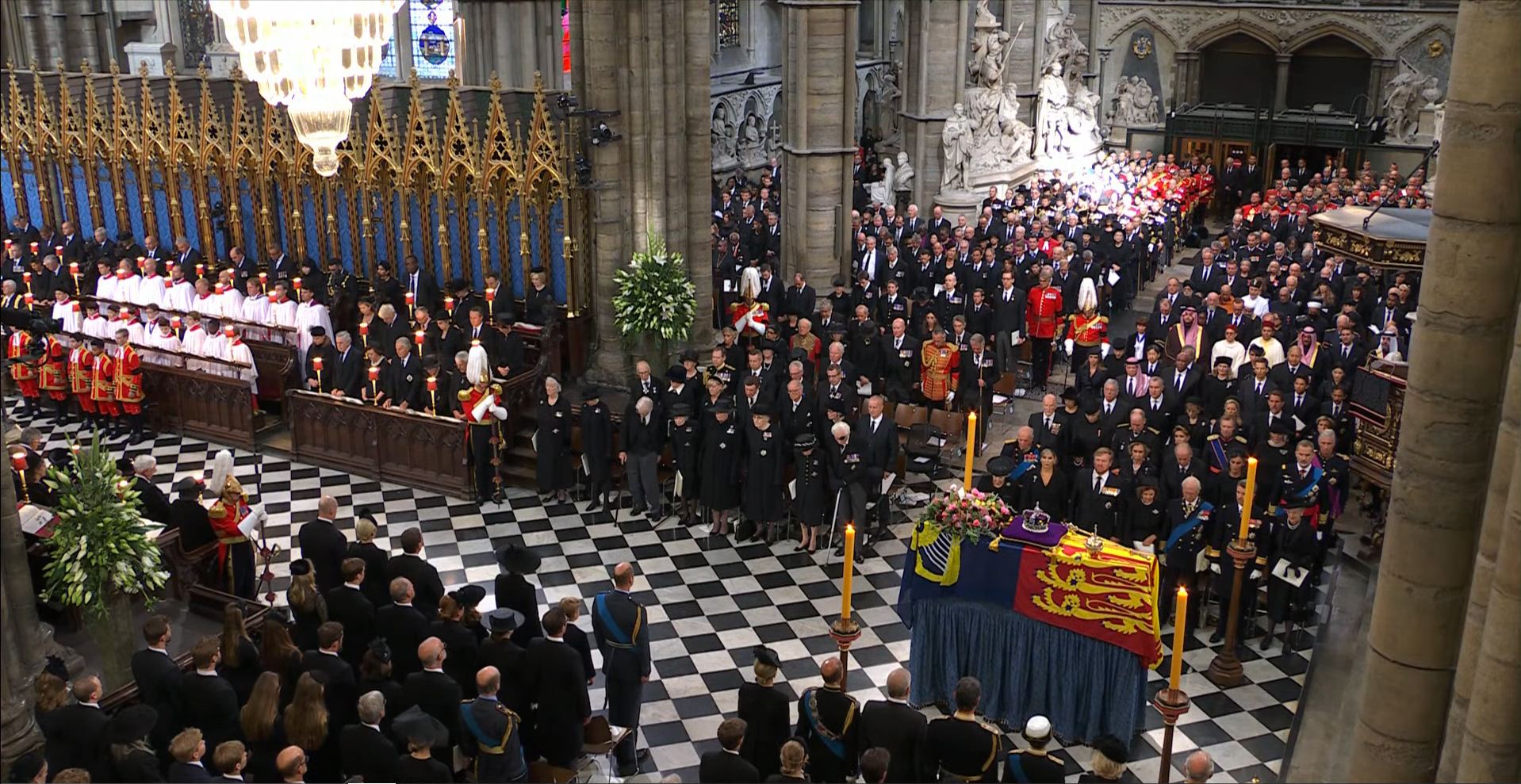 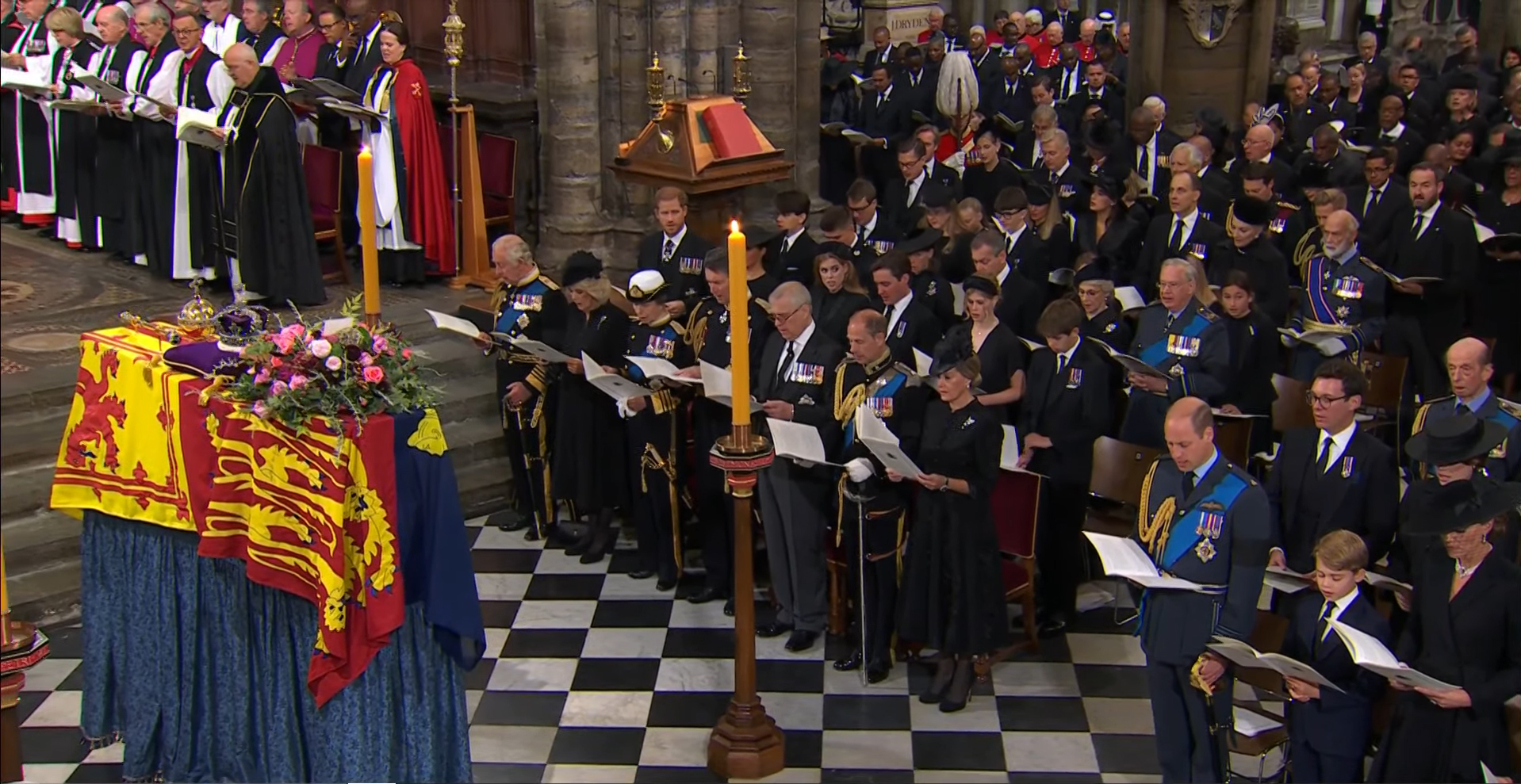 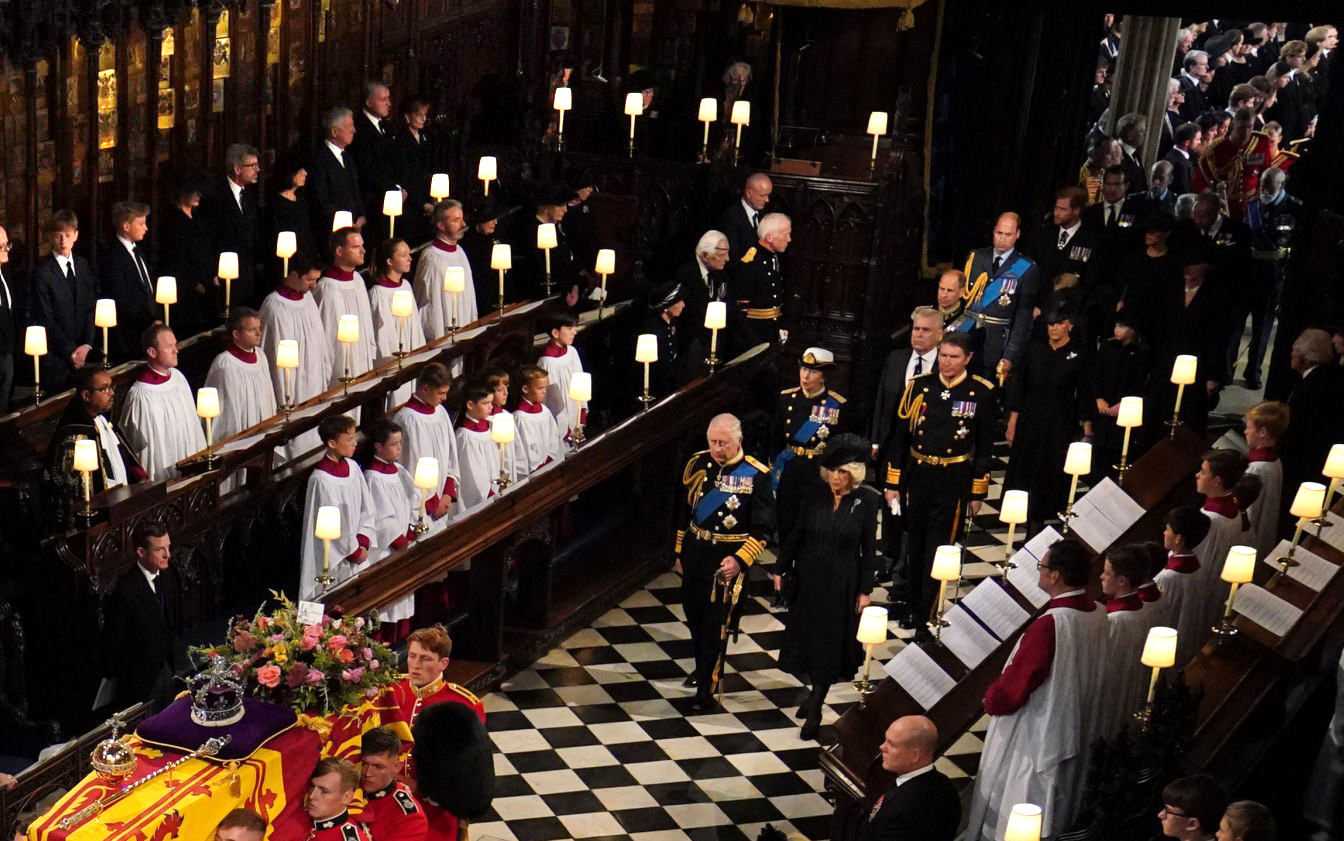 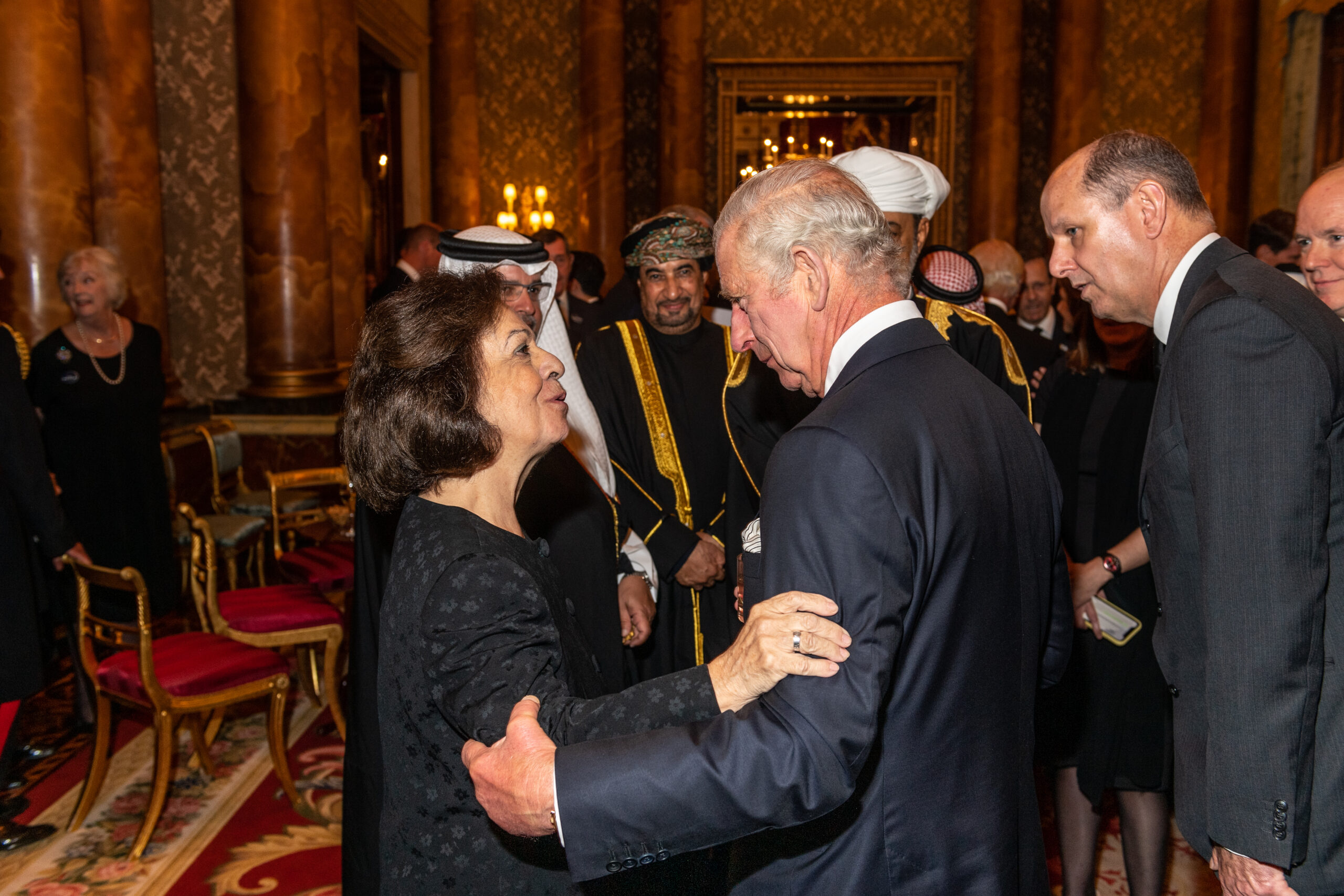 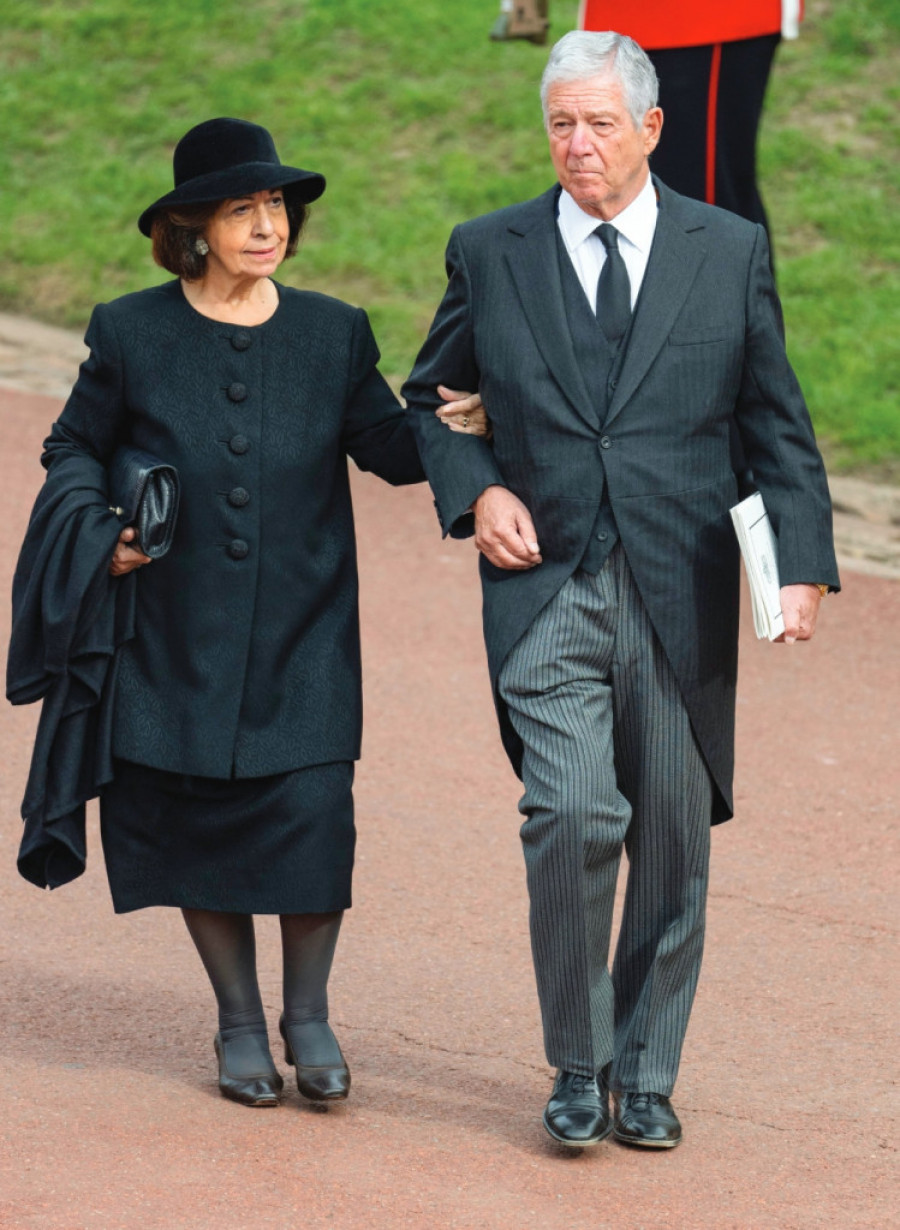 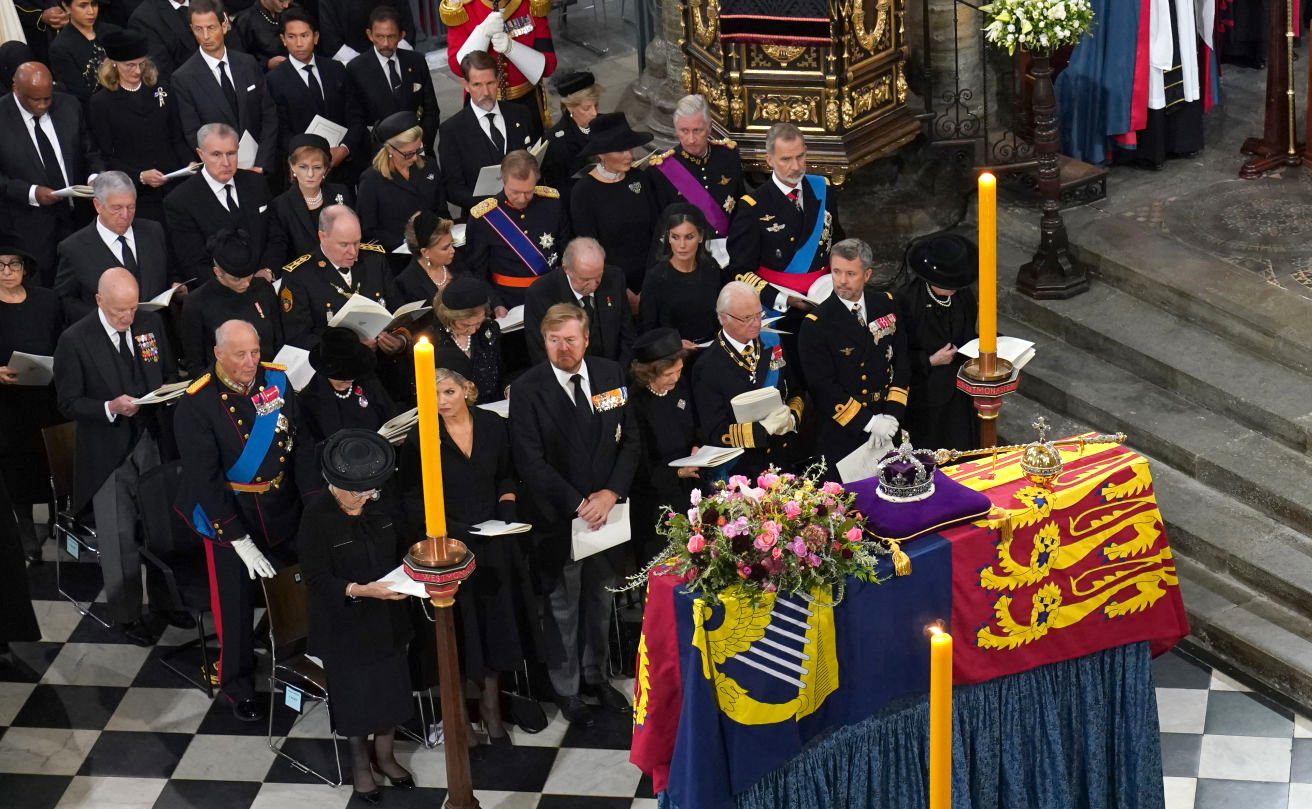 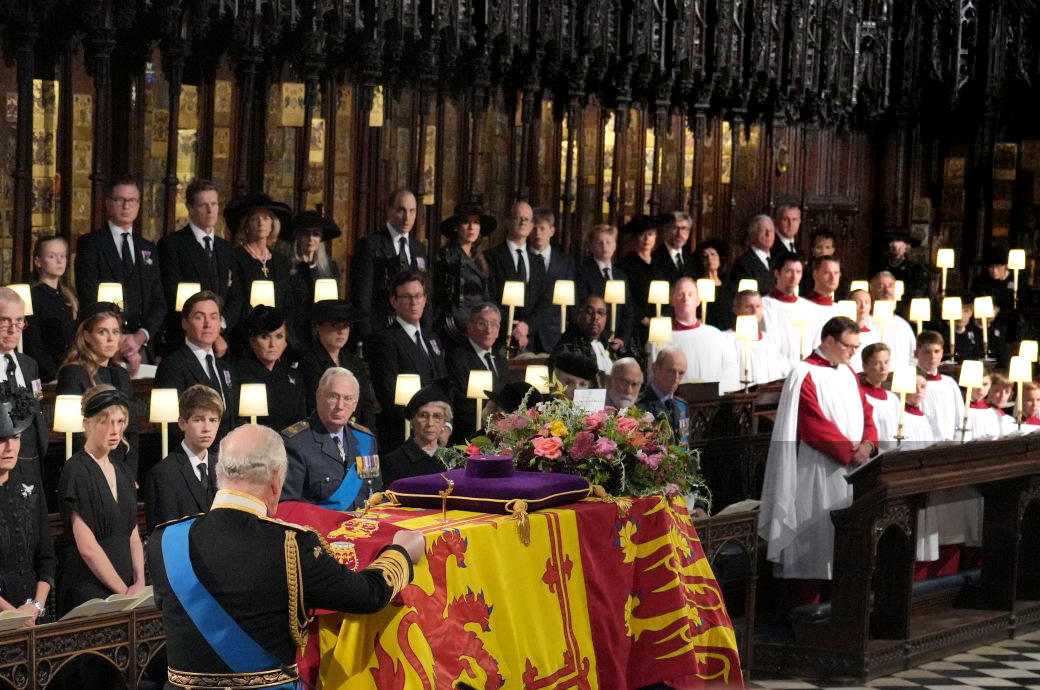 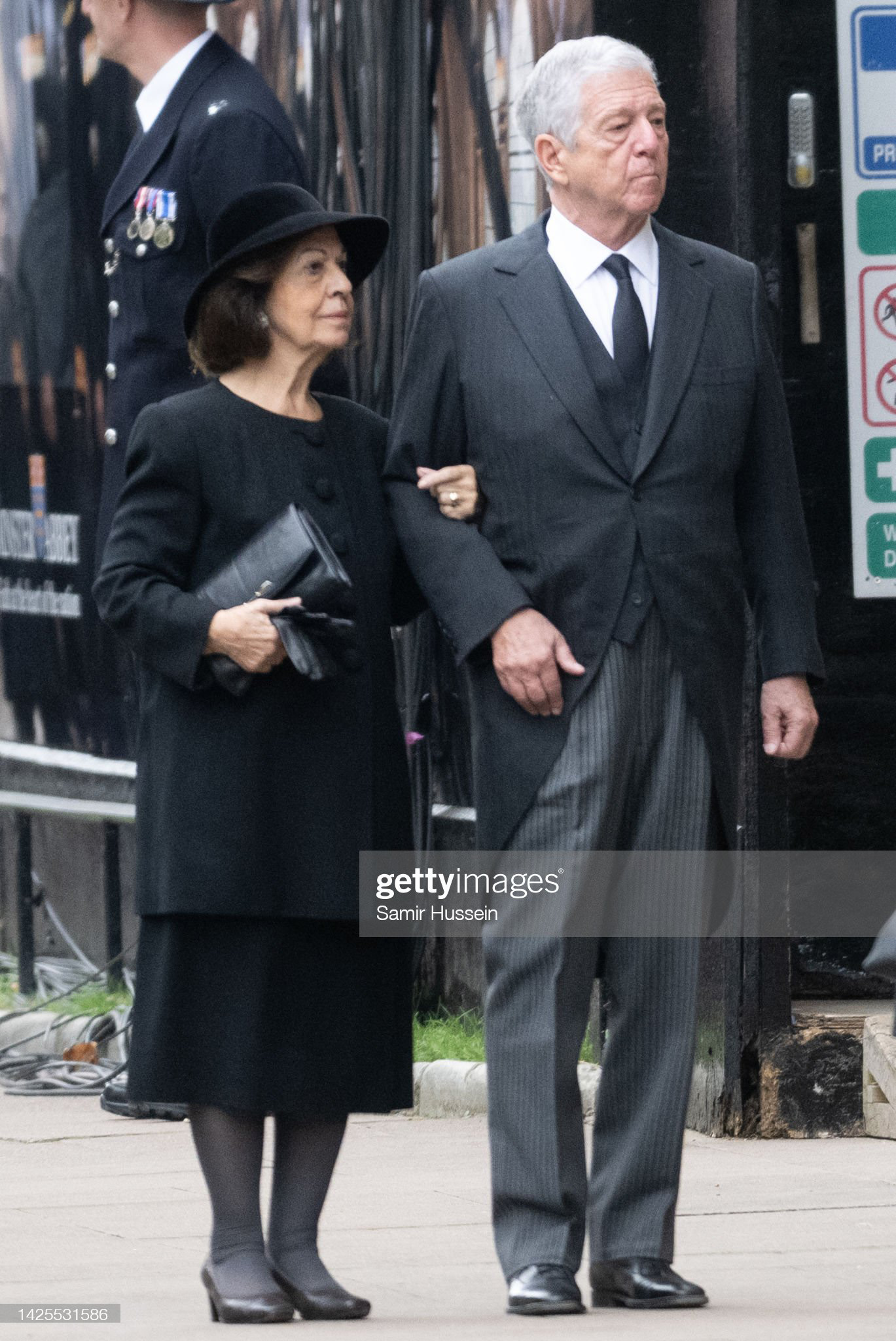