In addition to Crown Prince Alexander and Crown Princess Katherine, the charity dinner was also attended by His Grace Bishop Mitrofan of Eastern America, Mr Obrad Kesic, the Head of the Office of Republic of Srpska in Washington, as well as by a large number of the prominent people from the United States, with almost 300 attendees.

Before the beginning of the charity dinner, Their Royal Highnesses Crown Prince and Crown Princess, together with their guests, attended a church service at Saint Sava Church officiated by Bishop Mitrofan. The Royal Couple thanked Father Stefan Zaremba and his wife Svetlana, who greatly contributed to the organization of the charity event last night. Priests’ f. Dragan Zaric and f. Ljubisa Brnjos were also among guests.

Crown Prince Alexander thanked all people of good will who have been supporting the charitable activities of Crown Princess Katherine and her Foundation for more than two decades, emphasizing that he is proud of the fact that for decades the Crown has been a symbol of gathering of our compatriots in the Diaspora, expressing confidence that it will be so in the future. “Everyone has only one homeland. Please do not forget that and tell your descendants to love the land of their ancestors and to be with their country and its people in good times and in bad times” – said the Crown Prince.

Expressing gratitude to Mrs Daniela and Mr Jugo Bosnjak Celikovic and Lifeline Humanitarian Organization New York for organizing the charity dinner, HRH Princess Katherine addressed guests: “I am very proud of the work of my humanitarian foundations, but also of all our people in the Diaspora who have been helping their compatriots in the homeland. Tonight we have gathered to raise funds to help the Home for orphans “Rada Vranjesevic” in Banja Luka, sending a clear message to our people in the Republic of Srpska that the Drina is just a river and that solidarity and humaneness know no borders” – said Crown Princess Katherine.

During the evening a “silent auction” was organized at which all present could buy the most diverse items such as posters signed by Novak Djokovic, NBA players’ shirts and sneakers, rare Serbian rakija, many books, paintings… a rich cultural and artistic program was prepared, during which the guests were able to enjoy performances by the choir, opera singer Jovana Zaremba, folk ensemble “Serbian pearls”, Velja Zivkovic and Bora Drljaca. The Annual film of HRH Crown Princess Katherine’s humanitarian activities has been shown. 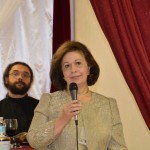 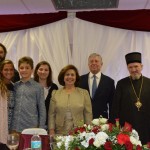 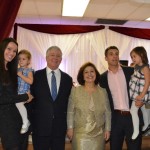 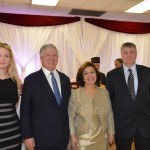 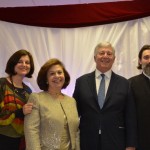 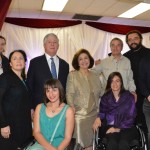