Considering it his duty and responsibility towards our history, our people and our ancestors, Crown Prince Alexander visited Lazarevac, laid a wreath today and paid tribute to the memory of the Serbian warriors who gave their lives for King and country, exactly 100 years ago in the Battle of Kolubara. The Commander in Chief was His Royal Highness Crown Prince Alexander later King Alexander I.

His Royal Highness Crown Prince Alexander, together with Her Royal Highness Princess Katherine and Mr. Branko Terzic, member of the Privy Council, attended the Holy Liturgy at the church of St. Demetrius, which was officiated by His Holiness Serbian Patriarch Irinej and His Grace Bishop Jovan of Sumadija. Upon completion of the Liturgy, the Crown Prince, Crown Princess and Mr. Terzic attended the consecration of the parish home of this temple, and the consecration was officiated by the Patriarch and Bishop Jovan.

Crown Prince Alexander joined the state ceremony marking the centenary of the Battle of Kolubara, and laid a wreath in honour of the heroes of Kolubara, in the Memorial crypt of St. Demetrius church.

Crown Prince Alexander said: “Driven by the sense of historical responsibility, as well as my personal need, as the grandson of King Alexander I, the Commander in Chief of the Serbian army in the First World War, and the great-grandson of King Peter I Liberator, I came today to Lazarevac, the place where exactly 100 years ago the famous Battle of Kolubara was fought. I bow to the shadows of our great heroes who gave their lives for the survival of our country, our nation, and for a better future for all of us”. 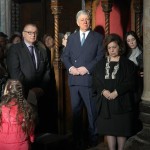 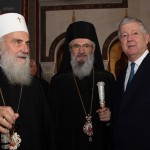 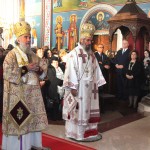 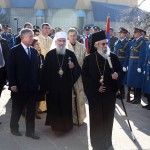 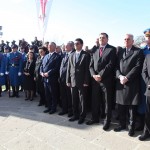 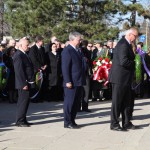 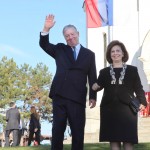 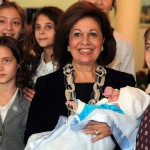