HRH Crown Prince Alexander II welcomed guests and said: “It is a great pleasure to have the opportunity to host Start Tel Aviv competition at the Royal Palace and to offer our teams the chance to go to Tel Aviv, second biggest startup capital in the world. My Foundation and Royal Council for entrepreneurship think highly of this cooperation with the Embassy of Israel in Serbia. We hope that we will through this, but hopefully many other joint projects help Serbia increase innovation and entrepreneurship initiatives through the experiences and knowledge of a true startup nation.”

HE Mr Yosef Levy, Ambassador of Israel to Serbia said: “There are lot of similarities between Israel and Serbia. We are small countries with an extraordinary history, full of inspiration and hope, but our greatest treasure are young people who create a future. Israel has recognised that and we invest in young generations for decades, because of their creativity and courage are the secrets of success.” 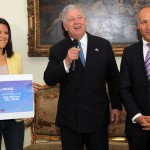 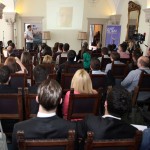 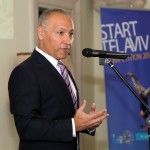 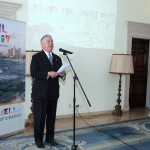