Kršinić is considered a master of the poetic, lyrical form who felt the marble and bronze in an intuitive and tactile way. In his works from the 1920s and 1930s he gradually abandoned the tradition of narrative academism. It seems that sources of his inspiration were female nudes and forms refined by nature where the artist was able to convey by a simplification of the visual elements, tranquil line and balanced masses, the awakening of youth, beauty and intimacy of the female world, but first of all, profound emotions.

The sculpture ‘’Dancer’’ represents the nude figure of a young girl in dancing trance, with her arms raised above her head and her body turned to the right side. This mentally and emotionally charged stylized form seems to have been shaped under the influence of both internal and external forces – the Dancer is a sublimation of movement and emotion.

The sculpture was exhibited for the first time at the Ninth Spring Salon in 1937 and then in Venice in 1940. The work in the Royal Palace is a cast of the initial sculpture.

Frano Kršinić.- Born on the island of Korčula, Croatia in a family with a long stone carving tradition. He received his first lessons in art in the trade school in Korčula and later in Prague in the stone carving school. Numerous travels and the schooling in Bohemia contributed to the development of his unique and recognizable style.  He was one of the founders of the group Zemlja (Earth) and a member of the group Nezavisni (The Independent). Kršinić’s major achievements were in intimistic and lyrical themes, such as nudes and figural compositions where quiet lines, well balanced masses and idealizations expressed the beauty of youth, the innocence of girlhood and the warmth of femininity. He was also the author of a number of public monuments in Sisak, Dubrovnik, Bakar, Grubišino Polje, Zagreb, Užice…

In 1944 he was elected Rector of the Academy of Fine Arts in Zagreb, and in 1948 he became a full member of the Yugoslav Academy of Sciences and Arts. He received a number of highest Yugoslav and international awards. 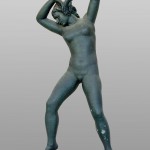 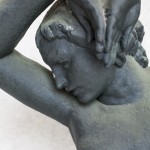 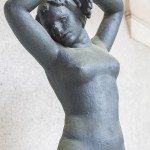 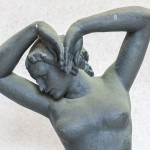