Military flags of the Army of Serbia consecration at St. George Church in Oplenac

Previous Next
Military flags of the Army of Serbia consecration at St. George Church in Oplenac

Military flags of the Army of Serbia were consecrated today at St. George Church in Oplenac. The ceremony was officiated by His Grace Bishop Arsenije of Toplica, Vicar Bishop of the Patriarch of Serbia and clergy. The tradition of consecration of Military Flags in Serbian history started with the Karadjordjevic Royal Family. Previous ceremonies were conducted in the presence of HM King Peter I (great grandfather of HRH Crown Prince Alexander) in 1911 and HM King Alexander I (grandfather of HRH Crown Prince Alexander) in 1930.

Mr Predrag Markovic, member of the Crown Council represented His Royal Highness Crown Prince Alexander at the ceremony, to support the reinstalling of this glorious tradition. On behalf of the Army of Serbia there were General Major Vojin Jondic, Brigadier General Jelesije Radivojevic and Colonel Sasa Milutinovic.

His Royal Highness Crown Prince Alexander congratulated the Serbian Army Day to General Ljubisa Dikovic, Chief of Staff of the Army of Serbia, and said: “The Army of Serbia is paying respects to the Second Serbian Uprising by marking the Day. The Army of Serbia originated from rebellious units of ordinary people, and therefore there are close ties between our Army and our people. I wish that the Army of Serbia preserves this profound connection and continues with its modernization for the benefit of all our citizens”. 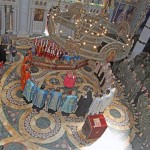 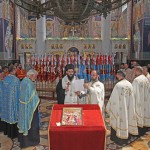 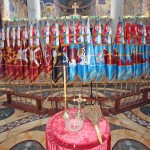