Their Royal Highnesses Crown Prince Haakon Magnus of Norway, Crown Prince Alexander and Crown Princess Katherine visited Zemun today to attend a ceremony at the Roman Catholic Church of St. Rocco, following that they visited the Serbian Orthodox Church of the Holy Archangel Gabriel. This ceremony was also attended by State Secretary Dilek Ayhan of the Norwegian Ministry of Trade, Industry and Fisheries, HE Mr Nils Ragnar Kamswag, Ambassador of the Kingdom of Norway, and great number of members of the diplomatic corps and religious representatives.

The Roman Catholic Church of St. Rocco was built in 1836, on the foundations of an older chapel, and the architect was Joseph Felber, who also built the Zemun Church of Holy Trinity. The church suffered in 1990’s, but recently it was renovated thanks to the Norwegian Government and its former glory has again been fully restored.

Crown Prince Alexander expressed his delight that HRH Crown Prince Haakon is in Serbia and that they met on such wonderful occasion. “Crown Prince Haakon of Norway is the first member of the Norwegian Royal Family to visit Serbia for 40 years. I hope meetings like this will happen more often and that each future meeting will further deepen the friendship between our two countries to the benefit of both our nations.”

Crown Prince Haakon, Crown Prince Alexander and Crown Princess Katherine also visited the Serbian Orthodox Church of the Holy Archangel Gabriel in Zemun and talked to the priests who told Their Royal Highnesses about its long history. 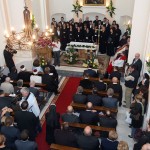 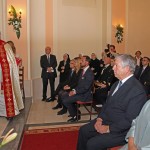 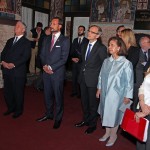 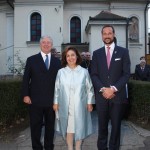 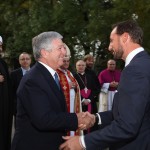