Their Royal Highnesses Crown Prince Alexander and Crown Princess Katherine attended the two day commemoration for the 50 years of the passing of His Majesty King Paul of the Hellenes.

A documentary “Pavlos No Ordinary King” about the life of His Majesty King Paul of the Hellenes was shown last night at the Gennadius Library, Kolonaki in Athens. HM Queen Sophia of Spain hosted a dinner for relatives after the documentary.

This morning a memorial service took place at the graveside located at Tatoi for His Majesty King Paul.

King Paul was born in Athens 14 December 1901 and was the third son of King Constantine I of Greece and his wife, Princess Sophia of Prussia. King Paul married Princess Frederica of Hanover. King Paul’s brother was His Majesty King Alexander of the Hellenes grandfather of Crown Prince Alexander of Serbia. King Paul died in Athens 6 March 1964.

His Majesty King Alexander of the Hellenes and Her Royal Highness Princess Aspasia (grandparents of Crown Prince Alexander) are buried in the Royal Cemetery at Tatoi. Her Majesty Queen Alexandra of Yugoslavia was buried in the cemetery and was transferred last year to the Royal Family Crypt in the Mausoleum at Oplenac, Serbia. 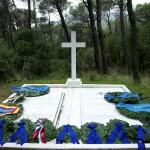 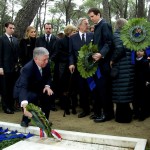 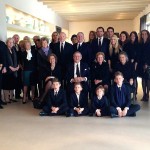 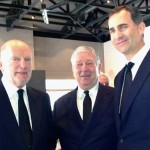