Royal Palace will again take part of this years’ Night of the Museums by presenting “Vidovdan Temple” model of world famous sculptor Ivan Mestrovic in cooperation with the National Museum of Krusevac and sculptures from his Kosovo Cycle, on Saturday, May 17, from 6 pm to 2 am at the White Palace in Dedinje Royal Compound (entrance from Baje Pivljanina Str).

Praised and criticized, exalted and blasphemed, Vidovdan temple by Ivan Mestrovic is one of the least known famous artistic and political projects in the history of Serbs and Serbia. It was created at the time of a revived and powerful national fervour, less than a quarter of a century since the kingdom was restored and encouraged Serbian state celebrated five hundred years since the epic battle of Kosovo. In 1911 Serbia decided to exhibit this project at the world exhibition in Rome. The enormous cost of such investments and the outbreak of the great war of the 20th century, which marked the entire recent history of Serbia, made the project unfeasible, and its impossibility made it almost mythical. In 1915, the temple’s model was sent from the Roman exhibition to London, then to New York and there, forgotten and pushed to the rear of interest in comparison to the news about the state of the fronts and the agony of the earlier world – it disappeared! In 1968, just like in ascene fromthefilm “Raiders of the LostArk”, the model wasfound in awarehousebythe docksof New York. It was identifiedandsent toBelgrade. There itwas professionallyrepairedandrestored, and then,insilence,transferred to theMuseumin Krusevac, where it has remained untiltoday.

During Night of the Museums, sculptures of Ivan Mestrovic from his Kosovo Cycle that are part of the Royal Compound Art Collection will also be displayed: sculpture of Marko Kraljevic, sculpture of Petar Petrovic Njegos, sculpture Memory, small model of sphinx from the Kings Office, together with several posters. Professional Art Historians will guide the visitors.

His Royal Highness Crown Prince Alexander II and Royal Family cordially invite all to visit the White Palace during the Night of the Museums and get acquainted with some of the greatest works of our National art. 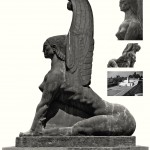 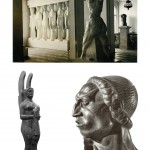 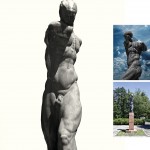