Besides Their Royal Highnesses, the event was also attended by the Minister of Defence in the technical Government, HE Mr. Nebojsa Rodic, General Miodrag Gordic, deputy Commander of Serbian Air force, His Grace Bishop Andrej of Remezijan, members of the Crown Council, Mr. Dragomir Acovic, Mr. Predrag Markovic, Mr. Djordje Djurisic and Mr. Darko Spasic, as well as many other distinguished guests.

The book illustrates the great victory of Serbia in the First World War in which it has lost approximately a million people out of which 400,000 were soldiers. No other country that participated in this war paid such a heavy price for its freedom. 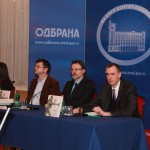 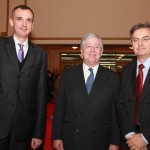 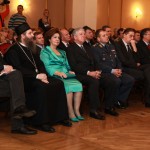