Their Royal Highnesses Crown Prince Alexander and Crown Princess Katherine attended today the opening of Andricgrad, a unique project of Serbian, but also European and World Culture on the banks of the Drina River near Visegrad in Republika Srpska.

His Holiness Patriarch Irinej of Serbia, together with Bishops from Republika Srpska and Bosnia and Herzegovina, Serbia and the Diaspora, officiated a Holy Liturgy with His Eminence Metropolitan of Zagreb and Ljubljana and whole Italy Porfirije, Their Graces Bishops Grigorije of Zahumlje and Herzegovina, Irinej of Australia and New Zealand, Georgije of Canada, Longin of New Gracanica and Mid West America, Bishop David of Stobi and consecrated the Church of St. Tsar Lazar and Kosovo Martyrs. Beside the Royal Couple, Liturgy was attended by HE Mr. Milorad Dodik President of Republika Srpska, HE Mr Stanimir Vukicevic, Ambassador of Serbia to Bosnia and Herzegovina, distinguished guests from the country and abroad, and lot of faithful. Patriarch Irinej decorated HE Mr Milorad Dodik, President of Republika Srpska and Mr Emir Kusturica who initiated and designed building of Andricgrad with order of St. King Milutin.

In the evening two students dorms will be opened, and “No smoking orchestra” will have a concert. The Book “Sarajevo assassination – back to documents” by Miroslav Perisic, published by the Andric Institute and Archives of Serbia will be launched, as well as “Das Attentat: Sarajevo 1914” film by Austrian director Andreas Prochaska

The programme of the whole day ceremonies was designed by Mr Emir Kusturica, and realized by director Milan Neskovic. 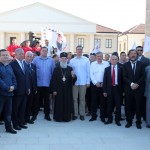 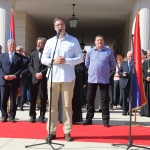 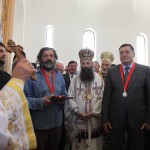 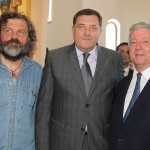 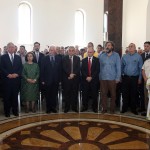 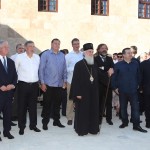 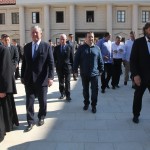 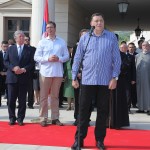 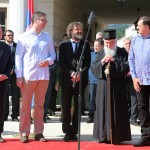 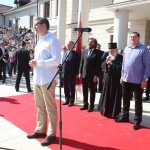 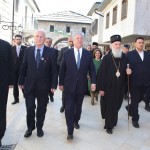 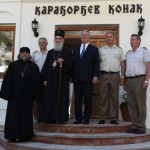 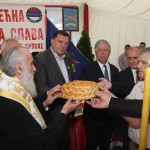 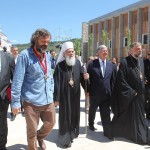 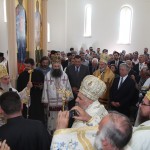