Their Royal Highnesses Crown Prince Alexander II and Crown Princess Katherine, accompanied by Mr Darko Spasic, member of the Crown Council,  attended a Holy Liturgy and Memorial Service at the Church of St. George in Oplenac today, on the occasion of the fifty third anniversary of death of Her Majesty Queen Maria. Clergy of St. George Churc officiated the services. Their Royal Highnesses laid a wreath and lit candles at her tomb.

HM Queen Maria was the daughter of HM King Ferdinand of Romania and HM Queen Marie of Romania (a daughter of HRH Prince Alfred, Duke of Edinburgh, a son of Queen Victoria of the United Kingdom). The Queen was born in Gotha, Thuringia, in Germany 6 January 1900 and died in London 22 June 1961. Her Majesty married HM King Alexander I of Yugoslavia in Belgrade 8 June 1922 and they had three sons Crown Prince Peter (later HM King Peter II, father of HRH Crown Prince Alexander II), Prince Tomislav and Prince Andrej.

She was loved very much by Serbian people. She was a role model of a devoted and caring wife and mother. She was very much engaged in humanitarian work. After the assassination of HM King Alexander I in Marseilles 9 October 1934 she continued to care for her sons and became the Queen Mother. She was very active with the Red Cross during the World War II, and sent a lot of humanitarian help to Yugoslavia, but always signed herself with alias Maria K. Djordjevic.

She lived modestly on her estate in Kent, England after the World War II. Charles de Gaulle decorated her with the Great Cross of the Legion of Honour in 1959. She passed away on 22 June 1961, and was buried at the Royal Cemetery in Frogmore in Windsor. Her remains were transferred to Serbia on 29 April 2013, and she was buried at the Royal Mausoleum in Oplenac during the State funeral 26 May 2013. 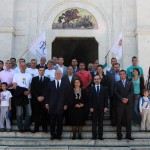 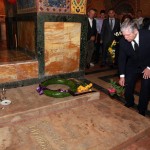 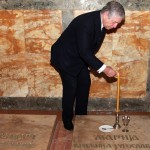 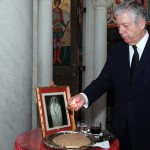 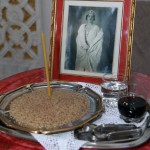 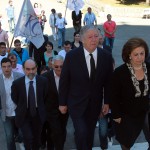