The ceremonial part of the meeting was opened by the children’s choir “Ostrog” from Banovci, and this part of the meeting was attended by the distinguished Advisors of the Crown, Mr. Predrag Markovic, a member of the Crown Council and Mr. Djurdje Ninkovic, member of the Crown Cabinet. They addressed the delegates, telling them about the importance of this Association, the sense of their work and dedication,as well as about the benefits of constitutional parliamentary monarchy as a form of government.

Due to commitments abroad His Royal Highness Crown Prince Alexander did not attend the Kingdom of Serbia Association’s Assembly, but his letter was read to the delegates, and in it the Crown Prince said: “I have the honour to greet you again in the home of the Royal Family on the occasion of your Assembly. The previous year was full of challenges that were largely overcome, for which I congratulate you. I want you to work together, as a team, and be a role model to young and older generations in Serbia, citizens’ associations and political organizations. To do that you must comply with the laws and regulations, and work transparently and publicly”- said Crown Prince Alexander.

The Kingdom of Serbia Association was founded by a group of Belgrade University students in 2008 under the name the King’s Youth, as a non-partisan, non-profit association, under the patronage of HRH Crown Prince Alexander, with the primary objective of restoring monarchy in Serbia. This group of young people, convinced that monarchy could help Serbia, managed to attract both younger and adult citizens to join them. It is because of the desire of many people over the age of 26 to engage in the work for the restoration of monarchy, that the King’s Youth since January 2010, continues to act as the offspring of a larger organization – the Kingdom of Serbia Association. Since its foundation, the Association has become the largest monarchist association in Serbia, with increasing number of members. Currently the Association has over 10,500 members, mostly younger than 35, who are organized in more than 50 committees and branches throughout Serbia.

According to the latest opinion poll in April 2013, 39.7% of citizens of Serbia support the restoration of constitutional parliamentary monarchy, which makes this option a leading one in our society, especially if we remember that negative campaigns against the Royal Family and monarchy as a form of government has been going on ever since 1946.

In achieving its objectives, the Kingdom of Serbia Association uses non-violent and democratic means, and rejects undemocratic and totalitarian methods. Only by positive campaign, promotional activities and humanitarian work, the Association promotes the idea of constitutional parliamentary monarchy with the Karadjordjevic Dynasty at the helm, as the aim it pursues

If you want to join the work of the Kingdom of Serbia Association all information can be obtained via the Association’s website www.kraljevinasrbija.com 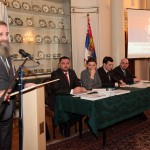 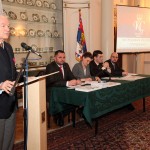 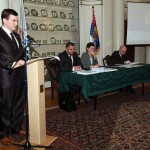 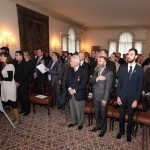