Their Royal Highnesses Crown Prince Alexander and Crown Princess Katherine were guests of honour at the ceremony of receiving awards “Ambassadors of good services” to the most successful of the Tourist industry of Serbia in 2014. Crown Prince received a golden charter for his visionary and inspiring support for  Royal Spas of Serbia project. Mrs Betty Roumeliotis, sister of Princess Katherine also attended the event, as well as representatives of the Ministry of Trade, Tourism and Telecommunications of the Republic of Serbia, ambassadors of Arab countries, Representatives of Municipalities, and numerous public figures.

Crown Prince Alexander has been the patron of the “Royal Spas of Serbia” project, initiated in 2009 by “Tourist World” Magazine. 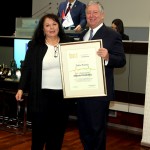 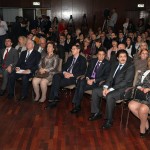