The bronze model Marko Kraljevic on his Horse Sarac was commissioned in 1933 by King Aleksandar as a version of the monumental sculpture made for the Art Pavilion of the Kingdom of Serbia at the International Exhibition in Rome in 1911. The sculpture exhibited in Rome was five meters high and was the symbol of the exhibition of the Society of Croatian Artists Medulic in 1910 – it openly showed the pro-Yugoslav position of the artists. Mestrovic’s idea was that this sculpture should be the centre of a cycle of architectural-sculptural complex of the Vidovdan Temple. The figure of horseman represents the mythical hero with his strong musculature and a sombre face that underscore the Dinaric race. Marko Kraljevic is represented nude, as in classical sculptures, thus indicating the timeless context and contributing to the creation of a timeless Yugoslav national space. The sculpture unites two figures – the horseman and the horse – into one permanent whole, easily interpreted as a symbiosis of people and the state. 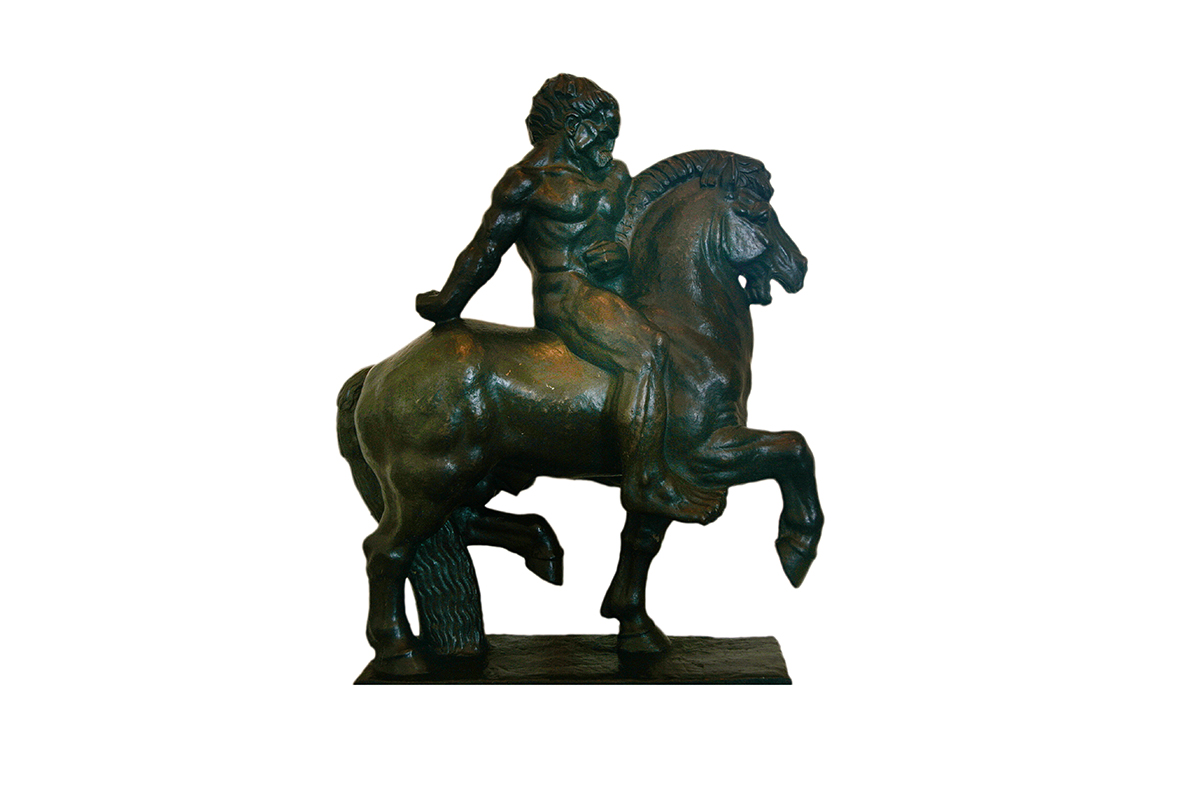 Provenance – as commissioned by King Aleksandar I Karadordevic, the work was purchased from the artist in 1933 by the Court of the Kingdom of Yugoslavia.