The bust Remembrance was made after Mestrovic’s sculpture of the same title. The original sculpture Mestrovic executed in full figure in Paris, in 1908. It belongs to the series of widows conceived as parts of the architectural—sculptural complex of the Vidovdan temple, and as pendants to archetypal figures of epic heroes. The original sculpture Remembrance represents Vukosava, the legendary daughter of Prince Lazar and wife of the epic hero Milog °bilk. It is a female nude convulsed in pain and remembrance, with a warped nude body and the face reflecting sorrow. The bust Remembrance, as a version of the original sculpture, puts emphasis on the face of the woman which is full of sorrow and deep melancholy. With broad modelling, continuous form and undulating line which turns in certain parts (such as her hair) into an ornament, the artist conveys the profound pain and melancholy of the woman. The bust Remembrance is a painful elevation of the soul and an embodiment of ancient suffering of South Slavic widows. By linking the myth and the idea of unification the artist created a kind of his own “individual mythology” intending to fit it into the collective idea of the patriarchal Balkan environment. 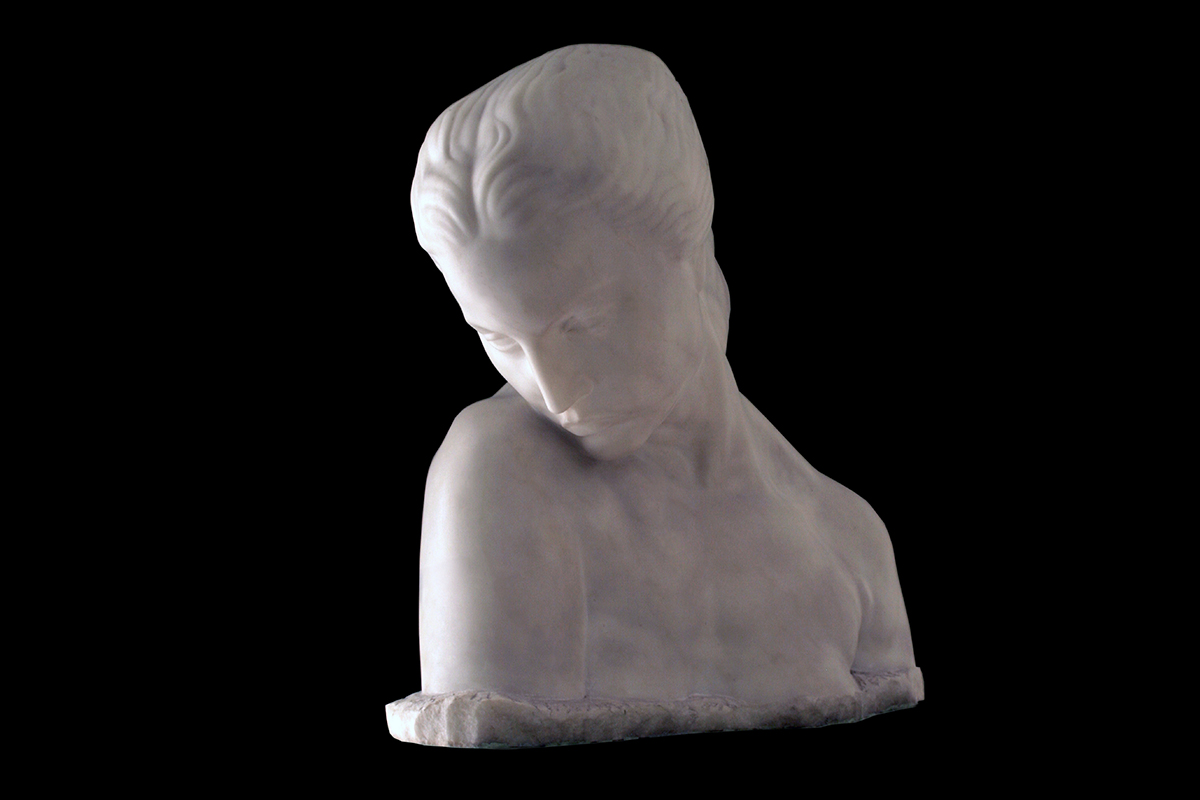 Provenance – purchased from Giuseppe Grassi in 1955, as commissioned by the Cabinet of the President of the Republic.