The statue of Milos Obilic is a bronze cast of the original from 1908, one of the first sculptures intended for the Vidovdan temple. Applying the secessionist visual expression Mestrovic achieved the monumentality and energy necessary for the representation of a hero from national mythology. The archetypal male figure with a powerful, combat—ready turn of the torso embodies a fearless national hero of mythological strength.

The statue of Milos Obilic was first exhibited in 1908 in Split, then in Prague and two years later in the Pavilion of Secession in Vienna. 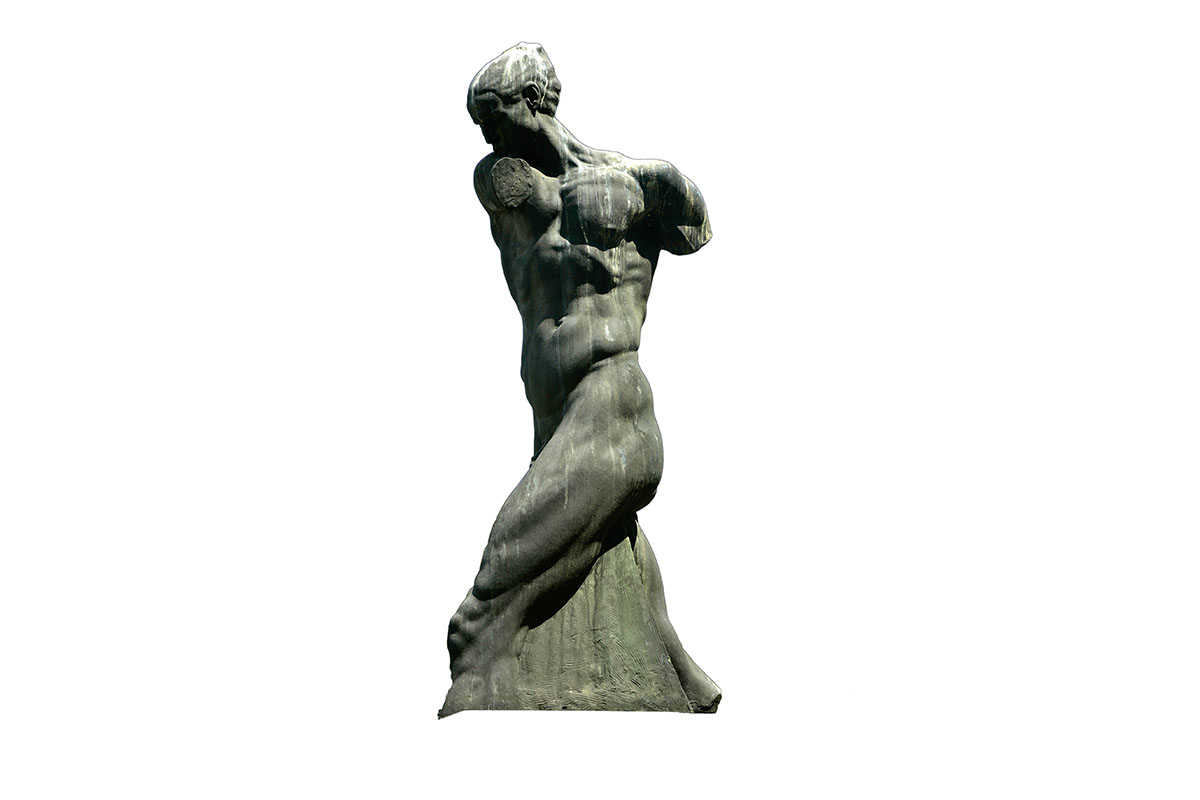 Provenance – as commissioned by King Aleksandar I Karactordevic, the work was purchased from the artist in 1934 by the Court of the Kingdom of Yugoslavia.