Their Royal Highnesses Crown Prince Alexander II and Crown Princess Katherine brought emergency humanitarian help this evening to citizens of Obrenovac who were evacuated in front of catastrophic floods and accommodated in student’s dorms in Karaburma and refugee camp in Krnjaca in Belgrade.

Their Royal Highnesses brought 50 mattresses, 200 blankets, hygienic items, baby milk and diapers to families at the two locations. Obrenovac is the hardest hit city in Serbia by catastrophic floods, and has been completely evacuated. Earlier today, Their Royal Highnesses visited Topola and brought humanitarian help to citizens of this city and the surrounding villages.

Their Royal Highnesses Crown Prince Alexander II and Crown Princess Katherine will continue to help people in different cities that suffered the greatest losses during last several days, and tomorrow they will go to Sabac and Sremska Mitrovica, to bring humanitarian aid and to encourage citizens and brave emergency units of Serbian Army and Police who fight elements in these cities. 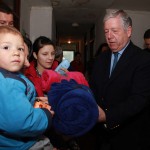 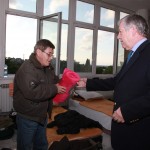 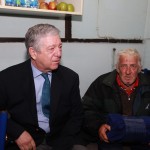 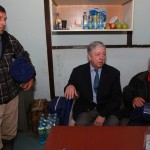 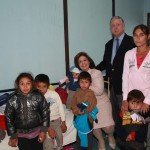 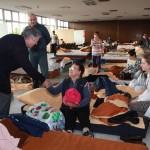 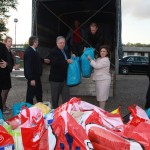