Crown Prince Alexander and Crown Princess Katherine attended last night the Easter vigil, at the Cathedral Church of the Assumption of the Blessed Virgin Mary in Belgrade, officiated by The Most Reverend Archbishop of Belgrade Stanislav Hocevar. In addition to the Royal Couple, the Easter vigil was attended by HE Mr. Nikola Selakovic, the Minister of Justice in the Government of Serbia, Mr. Oliver Antic, adviser to the President of Serbia, HE Mr. Michael Kirby, the US Ambassador in Belgrade, HE Mr. Denis Keefe, the British Ambassador in Belgrade, representatives of the Serbian Orthodox Church and many believers.

In his letter to believers who celebrate Easter according to the Gregorian calendar, Crown Prince Alexander said: “Crucified and sacrificed, Christ was resurrected the third day, as it is written. That day and that miracle is celebrated by all Christians, whatever denomination they are. Resurrection, hope and belief that our fate is intended from high above is the source of faith and confidence with which we deals with life and its challenges. In the days when we celebrate the victory of life over death, of eternal over trivial and ephemeral, we wish to all of you who celebrate the Resurrection of Christ according to the Gregorian calendar, all those who pray to God and obey His laws, to all people of goodwill, happy Easter holidays.” 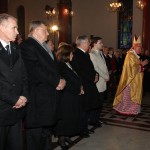 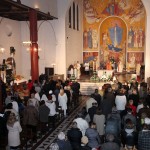 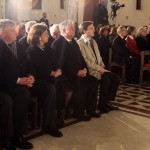