Their Royal Highnesses Crown Prince Alexander II, Crown Princess Katherine and Prince Philip attended this afternoon a reception on the occasion of Serbian statehood Day, hosted by H.E. Mr Tomislav Nikolic, President of Republic of Serbia. In the evening, Their Royal Highnesses attended a concert given by the Royal Strings of St George at Sabac theatre “Ljubisa Jovanovic”. The concert was also attended His Grace Bishop Lavrentije of Sabac and Mr. Milos Milosevic, Mayor of Sabac.

The Royal Strings of St George is under the auspices of His Royal Highness Prince Philip, and the concert was held on the occasion of today’s National Day. The repertoire included the Symphony in G-major by Carl Philipp Emanuel Bach and the Quartet op. 95 by Ludwig Van Beethoven. 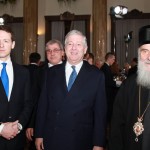 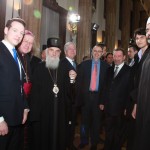 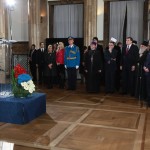 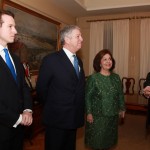 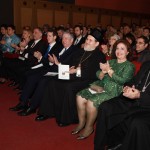