Previous Next
Traditional Christmas receptions at The White Palace

Children without parental care, Roma children, refugee children and children with disabilities, from three to twelve years old, from Orphanages and Organisations from all over Serbia had the opportunity to celebrate the joy the Christian holiday together with Their Royal Highnesses at The White Palace. His Grace Bishop Jovan of Lipljan, explained to the children the meaning of Christmas and its importance.

Three receptions were held so all children could equally enjoy the Christmas musical programme, ballet dancers from “M” Studio, animations from “Cigra” and presents that brought them plenty of joy.

Members of the Diplomatic Corps HE Mr Harold Augustus Koko, ambassador of Nigeria, as well as Mrs Kathy Fanslow, President of the Board of Lifeline Chicago and her daughter Ms Tracy Armstrong with whose grace and generosity the toys for were gathered, helped Their Royal Highnesses to give gifts to children.

These receptions wouldn’t be possible without the great help of Lifeline Chicago, operating under the patronage of HRH Crown Princess Katherine and NIS AD and thanks to gifts received from various donors, such as:

Their Royal Highnesses express special gratitude to NIS AD which has been a strategic partner of the Royal Couple in this particular event. 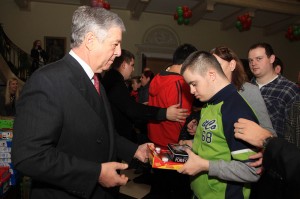 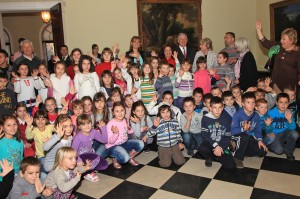 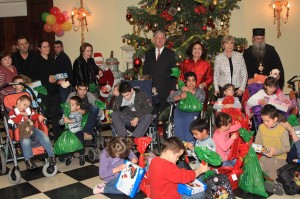 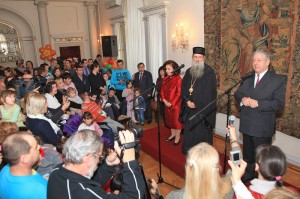 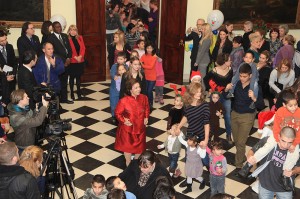