His Royal Highness Crown Prince Alexander visited Uzice today. During his visit, the Crown Prince visited the Town Hall, where he met with the deputy MayorMr. Vidoje Drndarevic,the First Elementary School King Peter II, as well as the Uzice general hospital where he presented a patient monitor for the еmergency, which was provided by Crown Princess Katherine Foundation.

The Crown Prince first met with the deputy Mayor of Uzice Mr. Vidoje Drndarevic, with whom he talked about the problems Uzice faces, as well as about the potential of this city, which may be attractive to new investors. The Crown Prince and the Mayor agreed that the communication between the Uzice city administration and the Royal House should intensify in the future, in order to work together to promote the city and to attract foreign investments.

After a short artistic program, the Crown Prince thanked the students and teachers of this school for preserving and cherishing the memory of his father. “Despite dictatorship propaganda against my father in the country, your school has remained consistent and still bears his name, and you can be rightly proud of that”, said the Crown Prince. Crown Prince has answered numerous questions from members of students parliament.

Crown Prince has talked with director of Uzice Health Center Dr Milos Bozovic, who informed him about situation in this institution and problems they are facing in every day work.

Karadjordjevic Royal Family will continue to support development of Uzice in the future. 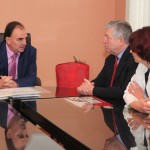 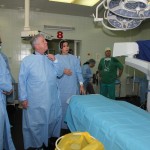 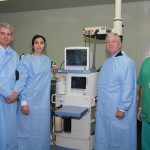 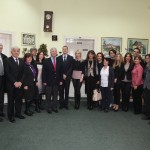 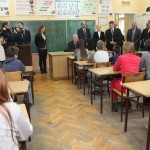 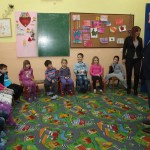 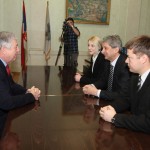