The following laid wreaths: Representatives of the Ministry of Labour, Employment, War Veterans and Social Policy of Serbia and Ministry of Defence of Serbia, City of Belgrade, and the ambassadors of Australia, United Kingdom, Canada, India, Cyprus, Nigeria, Poland, the Czech Republic, France, United States of America, Pakistan, Malaysia, as well as the Consul General of Siri Lanka, and representatives of different associations the keep the memory of those who lost their lives.

The Commonwealth countries were allies of Serbia during the War and helped a lot Serbia and the Serbian people. There were hundreds of medical doctors and nurses who gave assistance as volunteers to the Serbian Army and Serbian people during these very difficult times. Several hospitals in Serbia were named after the British and Scottish doctors and nurses after the war.

The cemetery was created to receive the remains of British and Commonwealth casualties brought in from more than sixty small burial grounds and from isolated sites all over the former Yugoslavia. The largest number from any one place came from Milna Military Cemetery and the Royal Naval and Harbour Cemeteries on the island of Vis (Lissa) which was a base.

The burials in the War Cemetery include escaped prisoners of war from Italy and Greece. The civilians buried here include a mining technician, a teacher of English, a newspaper correspondent, a member of the British Embassy staff and the child of another member of Embassy staff. They were buried or re-buried in the cemetery by permission of the British Army Graves Service. 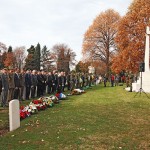 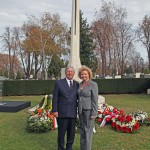 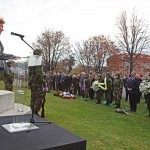