His Royal Highness Crown Prince Alexander extended his condolences over the death of former Minister of Culture and Information in the Government of Serbia, Mr. Bratislav Braca Petkovic.

“It was with great sadness that my wife and I received the news that former Minister of Culture and Information in the Government of Serbia, Mr. Bratislav Braca Petkovic, has passed away.

Mr. Petkovic will be remembered as a prominent cultural figure, theatre director, playwright, founder of the first car museum in Belgrade and Serbia, as well as the chamber stage “Modern Garage”.

Personally, I will remain indebted to Mr. Petkovic, for his exceptional role, as the Minister of Culture, in the state funeral of my family members in the Royal Mausoleum in Oplenac in 2013. With his departure, Serbia lost a great erudite and patriot, and my family and I lost a reliable friend and advisor”, it is stated in the Crown Prince’s condolence letter to the family of Mr. Petkovic. 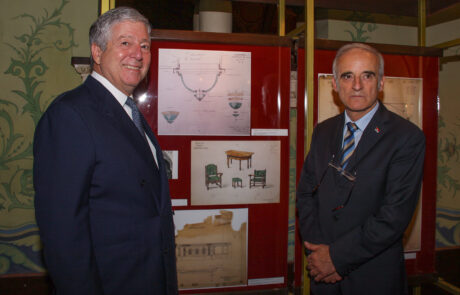