His Royal Highness Crown Prince Alexander unveiled the monument to his great-grandfather and pointed out in an emotional address: “One hundred and sixteen years ago, my great-grandfather was crowned the King of Serbia. His reign was marked by a great degree of political freedom, freedom of the press, national, economic, and cultural rise, which is why it is rightly called the “golden age of Serbian democracy”. As a young man, my great-grandfather translated the book “On Liberty” by the English politician and philosopher John Stuart Mill. In the preface, which later became his political program, he said: “Freedom opens the eyes of the people, gives them the opportunity to develop their virtues and to invest them in the activities which, in cooperation with other nations, bring all humanity closer to the goal, which is intended by God.” I am deeply grateful to everyone who helped the memory of my great ancestor, King Peter the First, to continue to live among the new generations of Serbia. I would like to warmly thank the Association of the Kingdom of Serbia, whose patron I proudly am, and Mr. Predrag Medenica, as the main organizer of this magnificent event.

The bust of the King Liberator, by Drinka Radovanović, was cast as part of the action of “Peter’s 800 Heroes” with the wish that Sremska Mitrovica pay respect to the most beloved modern Serbian ruler, who also has the greatest merits for completing the unification of Srem, Banat, Backa and Baranja with the Kingdom of Serbia.

Although it was originally intended to include only the residents of Sremska Mitrovica in the action, our compatriots from all over the world supported it with their contributions, so that the monument was made in record time.

In addition to TRH Crown Prince Alexander, Princess Katherine and Crown Adviser, the unveiling ceremony was attended by Mrs. Svetlana Milovanovic, the Mayor of Sremska Mitrovica, His Grace Bishop Vasilije, Major Ivan Novicic, Commander of the Serbian Army Garrison, Mr. Ilija Nedic, President of the Municipal Assembly of Sremska Mitrovica, Mr. Predrag Medenica, member of the Committee for the erection of the monument and Chairman of the Executive Board of UKS, many members of the Kingdom of Serbia Association and visitors. 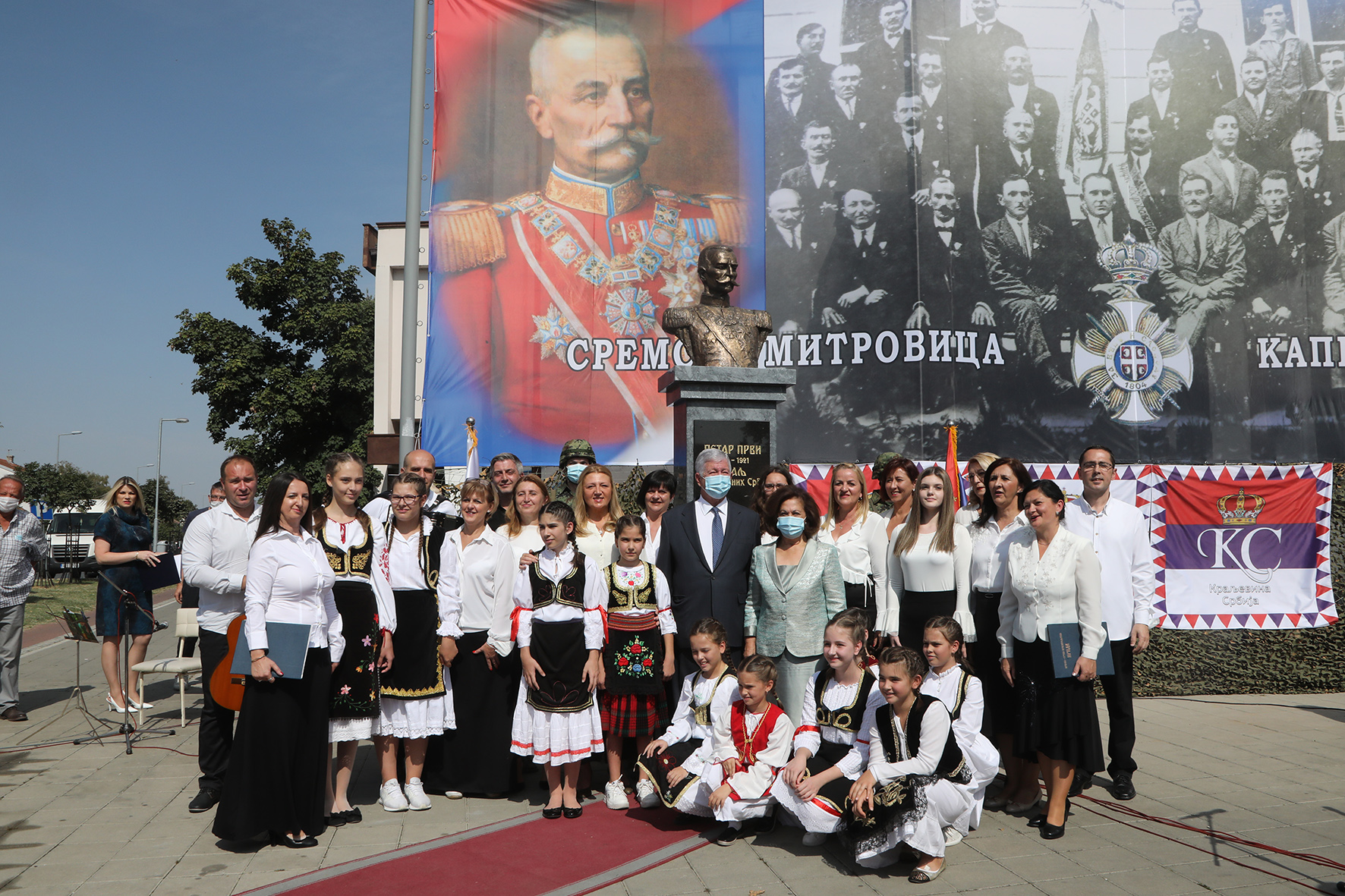 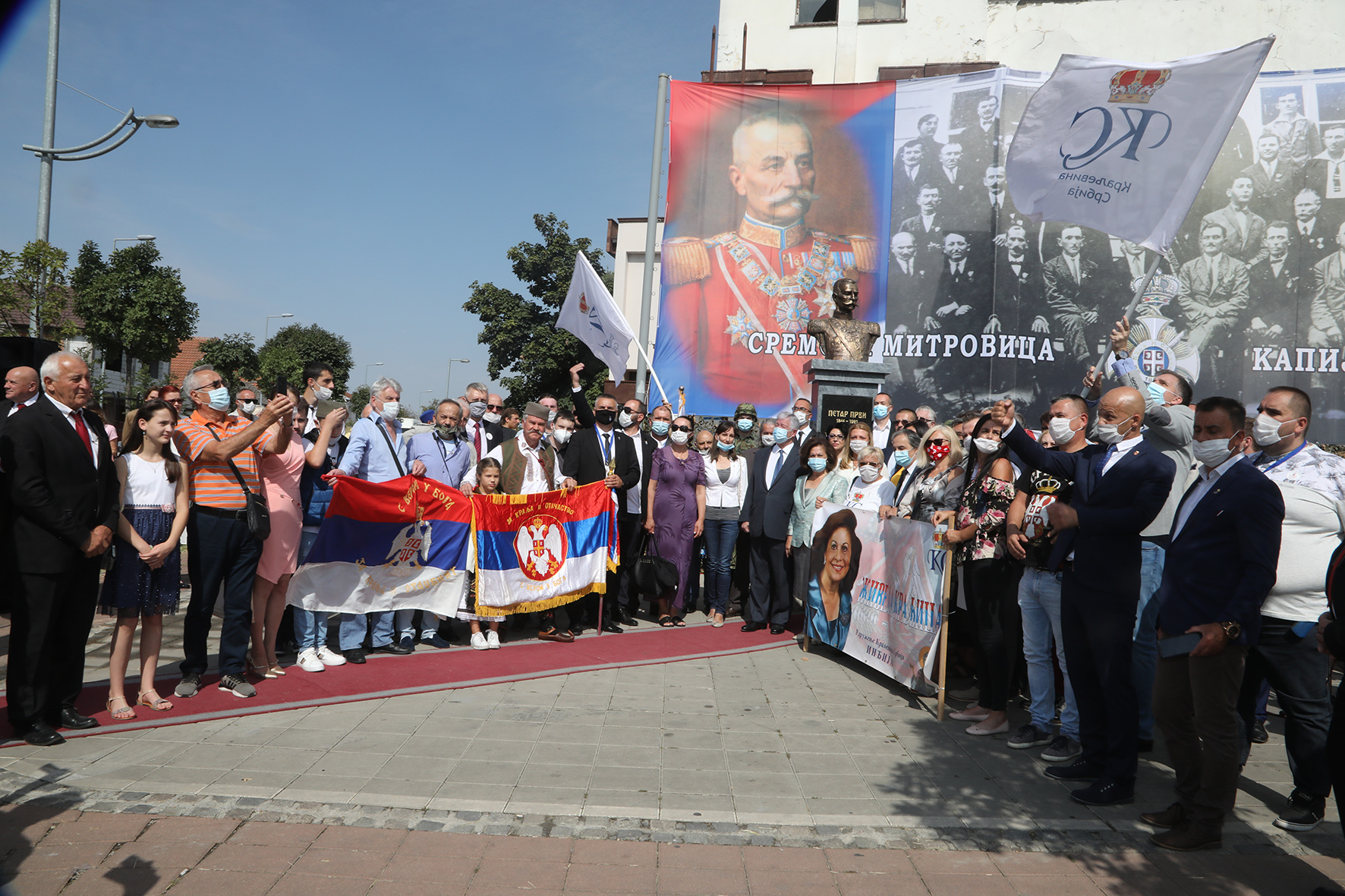 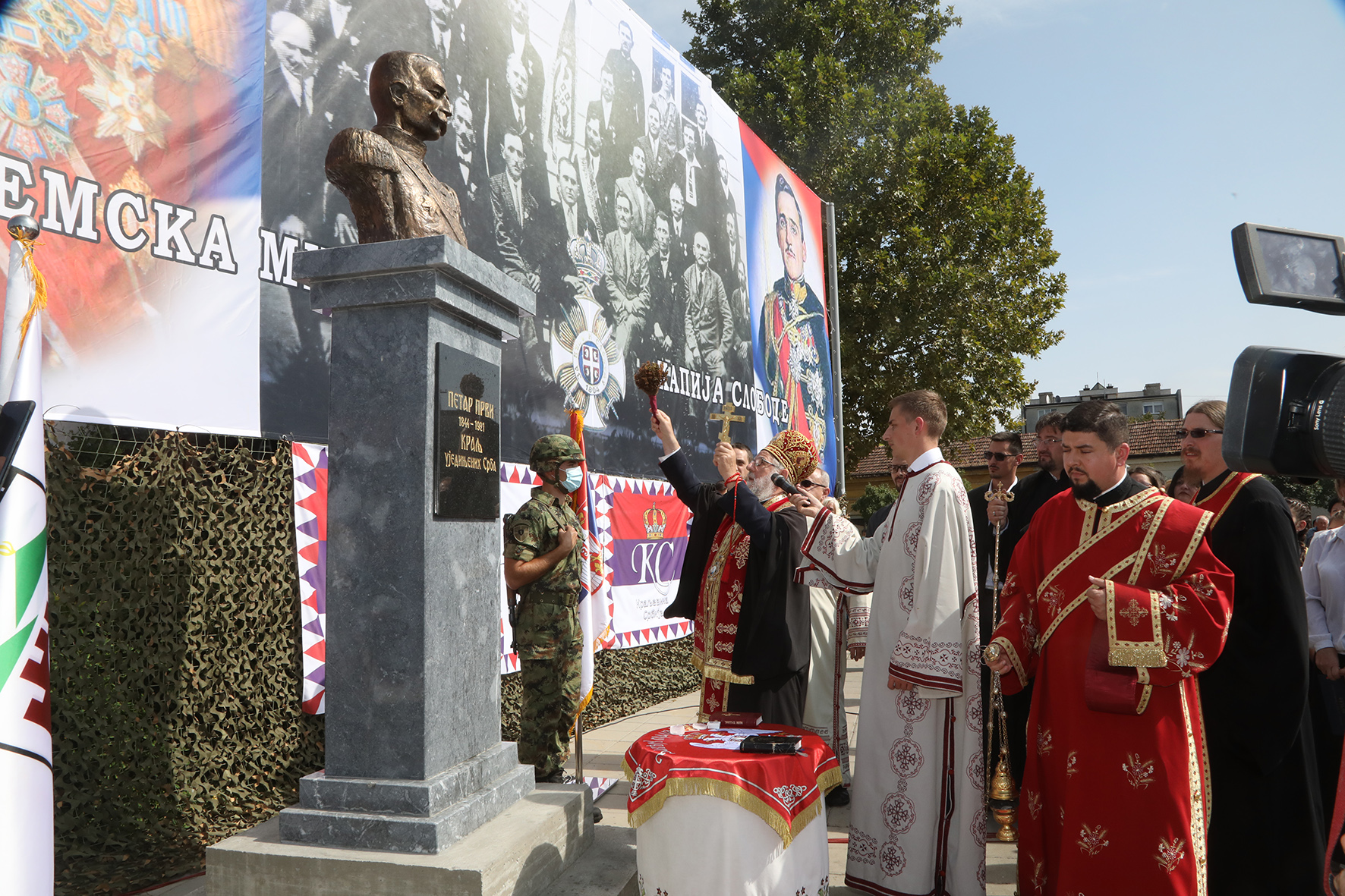 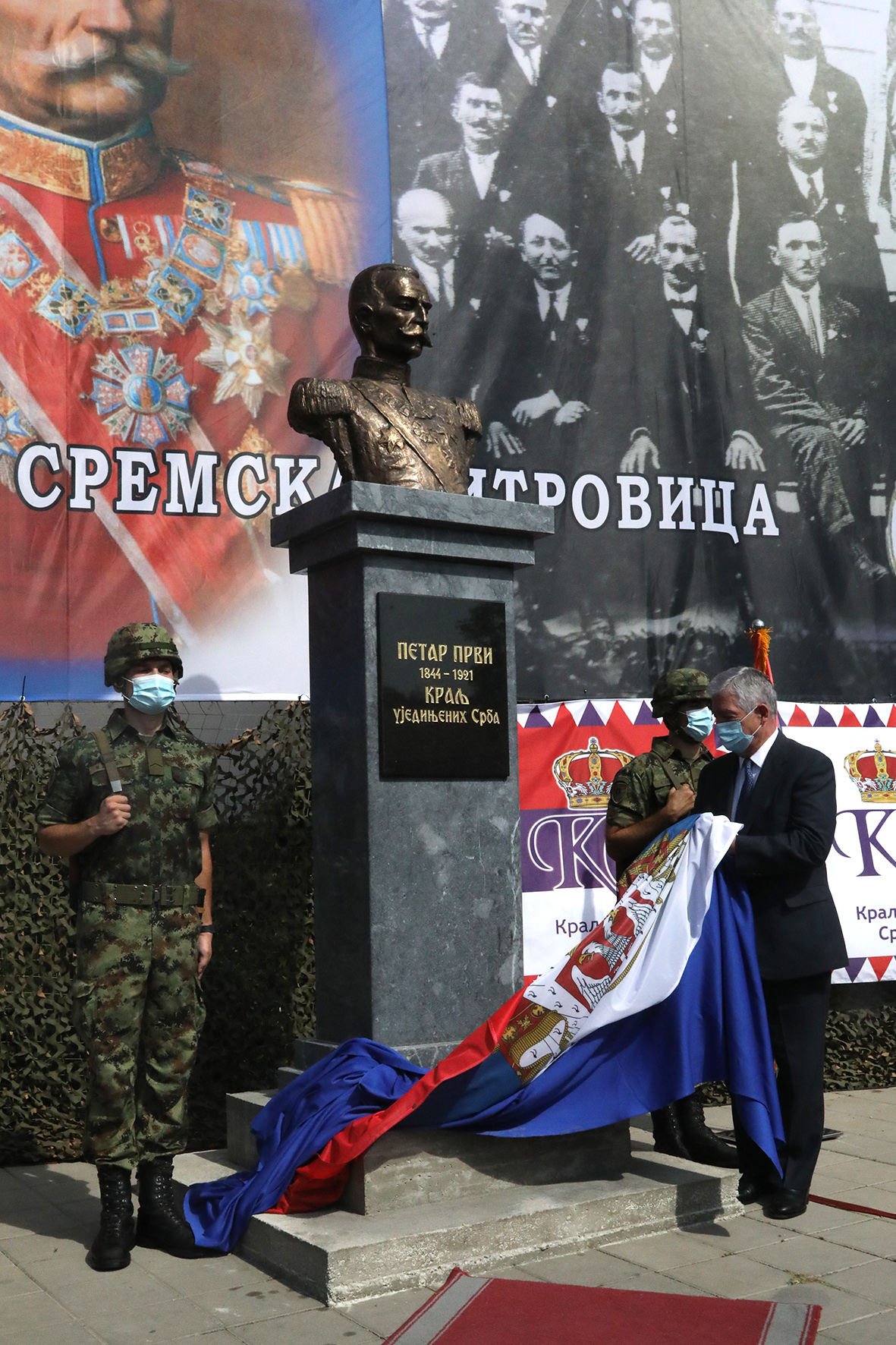 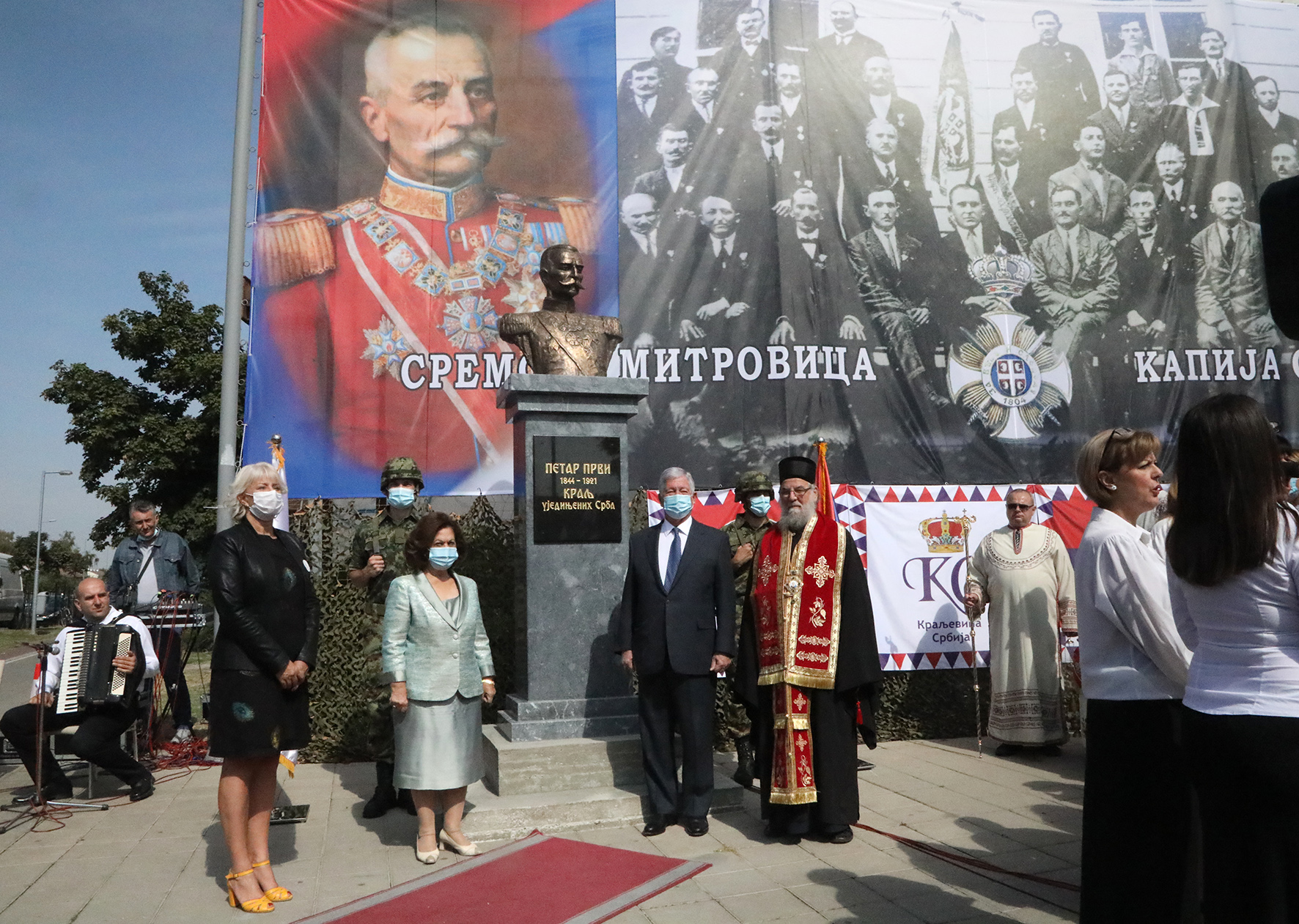 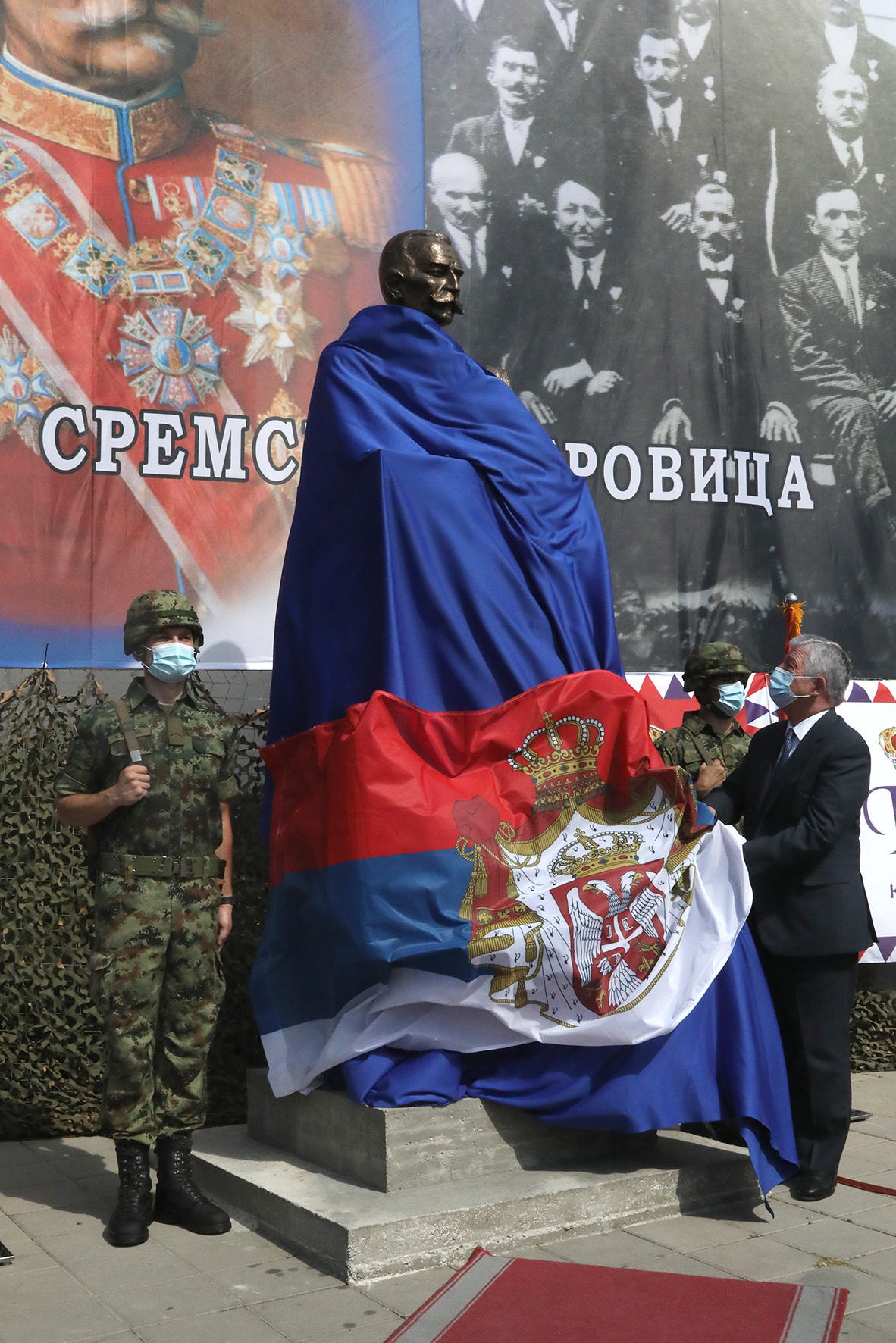 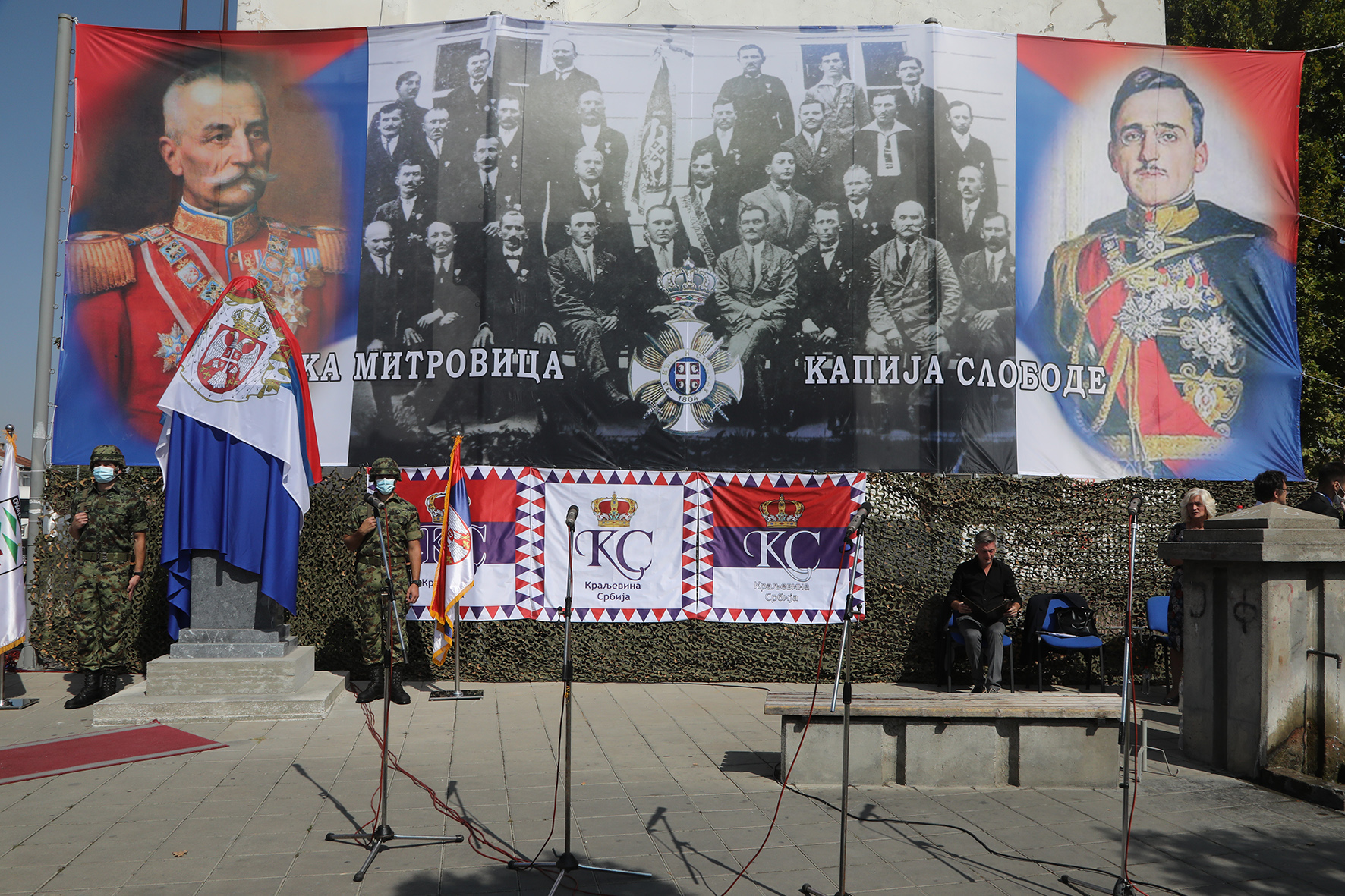