Their Royal Highnesses Crown Prince Alexander and Crown Princess Katherine attended last night the premiere of “For King and Country” by author Rados Bajic at the great hall of Sava Centre in Belgrade, in front of a huge audience.

His Royal Highness Crown Prince Alexander decorated Mr Rados Bajic, the author of the film “For King and Country” with the Order of the Crown 3rd Class for the merits for the Royal House, the country, and the common good.

In his address, Crown Prince Alexander emphasized: “I am very happy and proud that the premiere of the film “For King and country” has drawn such great interest of the public. No one can erase history, and history always puts all events and all figures in the right place. I wish to especially thank Mr Rados Bajic for his exceptional production. I am sure this film will significantly contribute to the clarification of recent history of Serbia. That is why I have decided to award the Order of the Crown to Mr. Rados Bajic! Finally, let us pray for all those who lost their lives on all sides!”

Crown Prince presented flowers to female members of the film crew, and was awarded with a huge applause from the audience.

Film “For King and Country” conveys a profound anti-war and humane message. It is dedicated to all patriots who defended their country in 1941, and pays respect to highest freedom seeking aspirations of Serbian people, no matter who took part during World War Two. 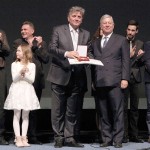 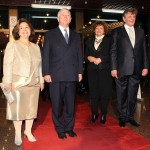 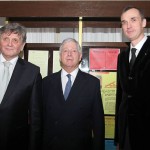 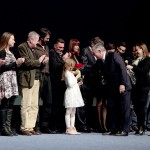