Previous Next
CROWN PRINCE ALEXANDER: “TIME FOR THE TRUTH”

HRH Crown Prince Alexander said at the opening of the online conference “Cultural Diplomacy: Royal Families and Palaces”, that the Royal Family unites people, helps them and works dedicatedly for the benefit of our country. He expressed his gratitude to HE Maja Gojkovic, the Minister of Culture and Information for supporting this event and to Mr. Robert Coban and Color Media Communications, who organized the conference. Mr. Uros Parezanovic, researcher of history at the Royal Palace in Belgrade spoke in the conference together with the participants from different parts of the world.

Crown Prince Alexander emphasized that it was extremely important for the people to know the truth about the part of our history that has been hidden for a long time and that wrong doings from the past should be corrected.

“We do not want to change or rewrite history. But people need to know the truth and facts that were unknown”, said HRH Crown Prince Alexander, adding that he has launched a project to gather data from archives around the world, in order to disclose a history that has been hidden for many years.

“My family has suffered a great injustice since 1941, we have not had any personal and private assets, that were bought by personal funds of my grandfather and father, returned. Under the veil of culture, human rights are being annulled. Unfortunately, until today historical injustice towards my family is not resolved”, said the Crown Prince.

He pointed out the great importance of opening the Royal Compound for tourists, which became accessible to the public upon the return of the Royal Family to Serbia.

“During the time of communism, the Royal Compound was closed for visitors for over 60 years and hidden from the public eye. I immediately repaired and rejuvenated the Royal Compound, using all the private funds I had, to open it to tourists and my people. It was very important for me to allow pensioners and children to come to visit without any charge”, said the Crown Prince.

Also, remembering this important occurrence that happened 20 years ago, he said: “Returning to the country, in 2001, was a major event in my life. Finally, my wife, Crown Princess Katherine and our children, were at home, in a house built with great love and dedication by my grandfather – King Alexander I, for his family, with his private funds”.

He also stressed the importance of the Royal Family in strengthening good international relations, recalling that he and Crown Princess Katherine have hosted many world statesmen, presidents, ministers and members of the royal families at the Royal Palace.

At the discussion part of the Conference, Mr. Uros Parezanovic spoke about the importance of the Royal family Karadjordjevic to Serbia and its people, both from historical and present point of view, saying:” Being a Royal is not about being glamorous and all high and mighty, it is about carrying for the people.” He also emphasized that decades long historical injustices towards Royal family finally must be corrected so we can move forward to the future.

You can watch the conference at the following link https://youtu.be/UY_Lsi2Xa3o 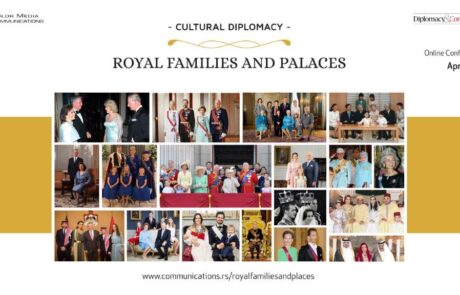 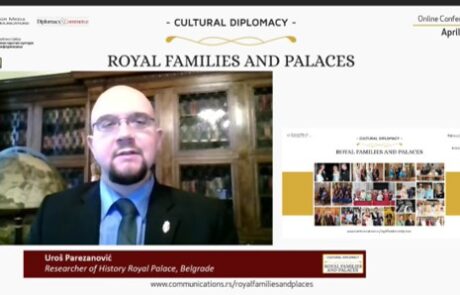