This work is one of the few examples of Krsinic’s early works characterized by the motifs related to his homeland and youth, such as The Shepherd, Ophelia, The Reaper, etc. The artist’s propensity for soft modelling forms, the impact of Mestrovic’s work and the partly accepted influence of Expressionism make the works such as The Shepherd and Shepherdess. The relief represents two figures squeezed within a background of solid rectangular piece of wood. The very representation of a boy and a girl leaning on each other, while the young man is playing a flute, points to the formalization and the artist’s tendency to the essential and synthetic. The entire work reflects lyricism and harmony through the wavy lines of the figures, so it seems that the melody produced by a young man is symbolically presented here in harmony with the entire composition. The stylistic features of the work are primarily figures with massive limbs and the immobility, while blending of the motifs to a unique form classifies the work in the middle of the third decade of the 20th century. Similar compositions with figures of shepherds in wood are mentioned in the list of his works from the exhibition in 1929 and 1930.

Krsinic’s work was bought in 1955 by Milica Prodanovic, through the Office of the President.

Frano Krsinic was born in 1897 on the island of Korcula in a family with a long tradition of stonecutting. He gained the first art lessons in an Artisan School on the island of Korcula, and then went to Prague to the Masonry School. Numerous study tours and training in the Czech Republic contributed to the building of Krsinic’s unique and recognizable expression. He was one of the founders of the artistic group “The Earth”, and afterwards a member of the group of The Indipendents. Krsinic reached his greatest achievements in intimate, lyrical themes, especially in female nudes and figure compositions. His artistic vision was least based on the example of his predecessors. Frano Krsinic didn’t neglect portrait either, especially monumental sculpture. As an extremely prolific sculptor in stone and bronze, he designed numerous public monuments in Sisak, Dubrovnik, Bakar, Grubisino polje, Zagreb, Uzice.

He was rector and professor at the Academy of Fine Arts in Zagreb. In 1948. he was elected a full member of the Yugoslav Academy of Sciences and Arts. He won numerous international and Yugoslav awards, some of which are: the Yugoslav government Award(1949), Order of Labour of the I rank (1957) Order of Merits for the people with Golden Star (1967). 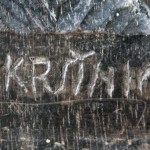 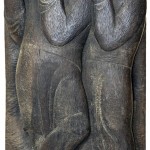