Representatives of the Tesla Science Foundation Philadelphia awarded today the Order of Nikola Tesla to Their Royal Highnesses Crown Prince Alexander and Crown Princess Katherine, as well as the bust of the great Serbian scientist, as a gift to Their Highnesses.

Dr. Marko Lopusina, Honorary Director of the Tesla Science Foundation, Mr. Zoran Bulovic, President of Tesla Scientific Foundation Zemun, Serbia, Mr. Aleksandar Ignjatović, director of the Tesla Education Program and owner of the Pertini company and Mrs. Jovana Ignjatovic, visited Their Royal Highnesses today at their home, the Royal Palace, and delivered the Tesla Decorations to them. In addition to medals and the bust of Serbian genius, Mr. Ignjatović brought to Their Highnesses a board game “Tesla” that his company made.

“This order that we have received today is of great importance for us, especially because it bears the name of Nikola Tesla, our genius scientist. It will inspire my wife and me to even harder continue our work on spreading the good word about Serbia and its people across the globe and making bridges of friendship between our nation and the people of the world.

But I must say a few more words why is the name Tesla so important for me personally. Whenever his name is mentioned, I feel great honor and happiness because of the good and, I can say, friendly relations that Tesla had with my family, with much respect and honor. He was a true supporter of the Crown, who showed it many times in the past.

During the official visit to the United States of America, when he was working on getting the support for the righteous fight of heroic men and women, led by General Dragoljub Mihailović, against Nazism in Yugoslavia, my father met with a lot of important people, including the President of the United States, Franklin D. Roosevelt. But it was the meeting with Tesla that left a strong impression on King Peter II, especially when this great man said to him:” …I am sure you will be a great ruler.” And my father always dearly remembered how true and a great patriot Tesla was. How he said to him that he is “proud to be Serb and Yugoslav”, stated HRH Crown Prince Alexander.

Dr. Lopusina read a letter by Mr. Nikola Loncar, President of the Tesla Science Foundation Philadelphia, United States, in which it is written: ”The Karadjordjevic family historically represents the past, present and future of the Serbian people, the homeland of Serbia and the homeland countries.  We are awarding you the bust of Nikola Tesla as a token of support to your patriotic efforts for the development of Serbian national identity, culture, and tradition in a planetary context. We are awarding you the Order of Nikola Tesla for your outstanding results with humanitarian activities to help and support Tesla’s people.  We award you the Order of Nikola Tesla for your successful representation of the Serbian people and the homeland of Serbia around the world and the spread of our friendship with other nations and Royal families. Long live the people of Serbia! Long live the Karadjordjevic family!”

The mission of the Tesla Science Foundation (TNF) from Philadelphia is to preserve and develop the character and work of the Serbian genius, a world-techno scientist who created the future of mankind. Their objective is to create humanity in which there will be harmony and a constant flow of positive energy, and an education system that will prepare young people to make a full contribution to the common well-being. 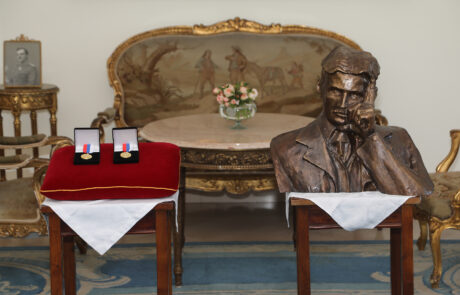 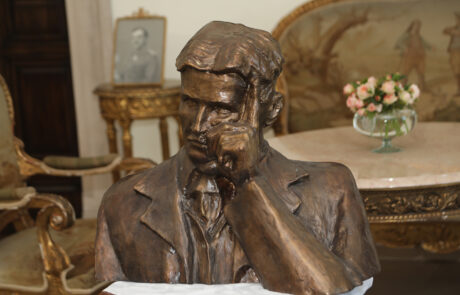 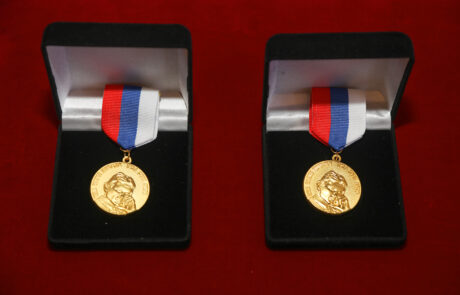 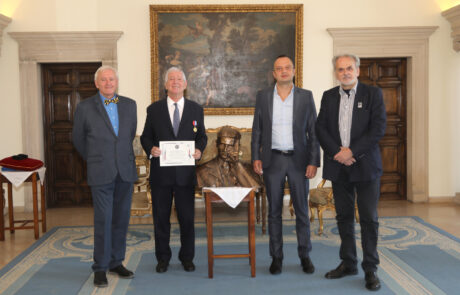 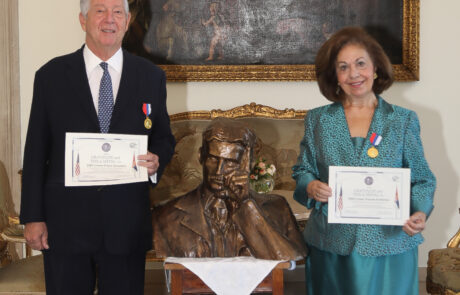