As the head of the Royal family and a grandson of a magnificent woman, who is even today remembered as “Queen Mother”, HRH Crown Prince Alexander was invited by the National Council of the Romanian Ethnic Minority to attend the event of the delivery of computer equipment to the “Queen Maria” Primary school in Ovca, Belgrade.

Mr. Predrag Markovic, Member of the Crown Council, attended the event as an envoy of HRH Crown Prince Alexander, who was unavailable to be present today, due to obligations abroad. The delivery was also attended by HE Mrs. Silvia Dividou, the Ambassador of Romania in Serbia, the President of the National Council of Romanian National Minority, Mr. Daniel Magdu, representatives of local self-government and school management.

Funds for the purchase of equipment were provided by the Government of the Republic of Romania – Department for Romanian Diaspora, based on a project of the National Council of the Romanian National Minority.

“I am happy because the school that bears the name of my grandmother was remembered and that this donation came here. I would like to send my gratitude to the Department for Romanian Diaspora of the Government of Romania for raising the funds for this equipment that will mean a lot for the pupils of the school to get their education and for their teachers to share the knowledge with their students, and also to the National Council of the Romanian National Minority for starting this project.

The pupils should be proud for attending the school that carries the name of Queen Maria. I am not saying this only as her grandson, but also as an objective viewer of our history. She was a great benefactor and humanitarian worker, whose efforts are remembered even today, and who is a great inspiration for my wife, Crown Princess Katherine, and me, to follow her footsteps in helping the people of our beautiful country.

She is also a symbol of sincere friendship between Romania and Serbia, and our nations. These brotherly relations have persevered during our history, and they are equally strong today. For every nation it is important to have a true and honest friend in the international community”, stated Crown Prince Alexander. 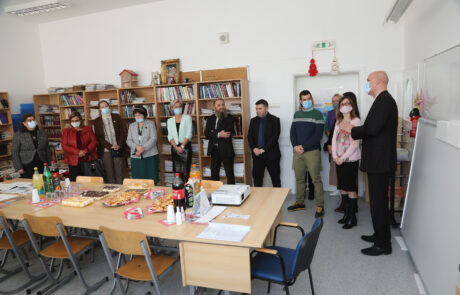 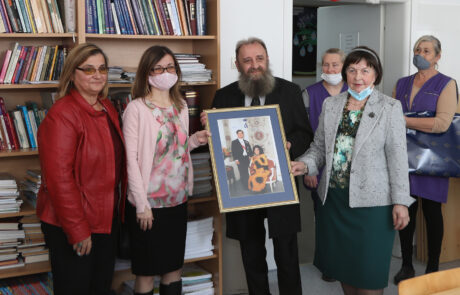 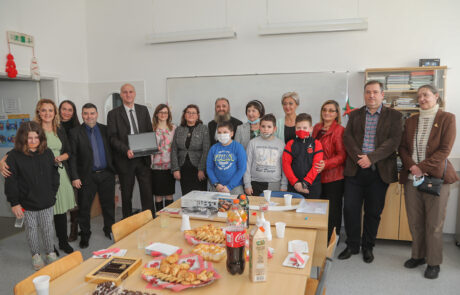