Previous Next
Kingdom of Serbia Association marks its fifth anniversary

The Kingdom of Serbia Association, which is under the patronage of His Royal Highness Crown Prince Alexander marked its fifth anniversary tonight. The reception at Vlajkoviceva 4, the Association’s new premises, was attended, beside Their Royal Highnesses Crown Prince Alexander and Crown Princess Katherine, by the members of the Advisory Bodies of the Crown, church dignitaries, representatives of the diplomatic corps, as well as a large number of the representatives of cultural and public life in Serbia.

The official program was opened by the original version of the anthem “God of Justice”, sung by Mr. Alexander Pantelic, opera singer of the National Theatre in Belgrade, and then a film was shown on the activities and work of the Kingdom of Serbia Association during the past five years. Within the formal part of the program the guests were addressed by His Royal Highness Crown Prince Alexander, who is the patron of this monarchical association, Mr. Dragomir Acovic, Chairperson of the Advisory Bodies of the Crown and Mr. Mario Majstorovic, the president of the Kingdom of Serbia Association.

In his address to members of the Association Crown Prince Alexander wished them to remain united and to persevere in their efforts to launch and promote the idea of monarchy in Serbia. “Let me take this opportunity to invite all people interested in the idea of monarchy, to join the Kingdom of Serbia Association and help its further activities” – said the Crown Prince.

The president of the Kingdom of Serbia Association, Mr. Mario Majstorovic, said that the members of this association have not even dreamed that a small group of students can make the future of living in the Kingdom of Serbia more certain, but they believed and still believe in their goals and their time to come. “Our path has proven to be very difficult, with many obstacles, but what we have learned is to use the bypasses. Fully confident in the correctness of our beliefs, using a modern approach and way of working, we continue forward no matter what stands before us” – said Majstorovic.

The Kingdom of Serbia Association is the largest monarchist association in Serbia, with over 18,000 members distributed in over 70 committees all over the country. The Association was founded by a group of Belgrade University students in 2008 under the name of the King’s Youth, as a non-partisan, non-profit organisation, under the patronage of HRH Crown Prince Alexander, with the primary objective of restoring monarchy in Serbia. This group of young people, convinced that monarchy reestablishment can help Serbia, managed to by their activities to motivate both younger and adult citizens to join them.

It was because of the desire of many people over the age of 26 to engage in the workfor the restoration of monarchy, that since January 2010 the King’s Youth has continued to act as the offspring of a larger organization – the Kingdom of Serbia Association. Since its foundation, this Association has become the largest monarchist associations in Serbia with increasing number of members. More about the activities of the Association can be found at: www.kraljevinasrbija.com 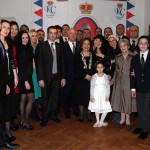 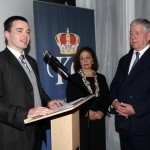 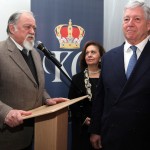 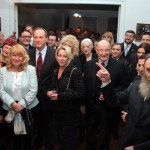 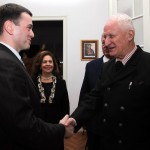