Oplenac, the treasury of memoires

Prince Alexander and Princess Katherine Karadjordjevic visited the resting place of Princes’ father, King Peter, and revealed that they didn’t stop humanitarian activities during seclusion at the Palace

On September 6th, the date when he father, King Peter II was born 97 years ago, Prince Alexander Karadjordjevic, accompanied by Princess Katherine, visited father’s tomb at the Mausoleum of the St. George church in Oplenac. That was their first public appearance since the beginning of Corona virus pandemics in Serbia. In the exclusive interview for Hello! they revealed how did they spend the previous months, talked about their plans, but first of all about how they preserve memories of King Peter II, whose arrival to this world was announced by cannons in 1923.

The first-born son of King Alexander and Queen Maria was baptized by Patriarch Dimitrije, and his godfather was British King George V, says the Crown Prince who told us one lesser known family story.

– King Alexander had an important meeting at the Palace in his office and my father came to invite him for lunch. As the meeting was about to end, he told my father to sit next to him and wait for him. My father waited patiently for a few minutes and then, like any curious child, he started looking around, saw a button on the desk and decided to try it. My father pressed that button and in the middle of the meeting a secret door opened to the aisle. The King, my grandfather, was very angry, but he soon forgave him for this mischief. My father often spoke about him, the Palace and Serbia, always with lot of sadness and nostalgy.

Asked what young generations should know about King Peter II, his only son from the marriage with Princess Alexandra of Greek and Denmark says:

– Everyone should know that he became King at just 11 years old and that my father, never abdicated. At the age of 17, due to the Nazi invasion, he was forced to leave his beloved homeland and spend the rest of his life in exile. During the World War II, my father met with numerous leaders of the Allies countries, to advocate for his people and gather promised support. Because of the political games that were going on, my father could never return to his beloved country after the war ended. He often told me: my son, do not leave me at the foreign country,

take me home, even if I was dead. I am very happy that my father’s wish was fulfilled in 2012 and that he is now resting in peace in Oplenac with other members of my family.

Although they have followed advices from authorities since the beginning of the pandemics, and spent their time in self-confinement at the Palace, they didn’t take a break in humanitarian activities, something Princess Katherine’s Foundation was famous of for a long time.

– We tried day and night to help the state and the people as much as possible in these turbulent times. Our heroes – doctors, nurses and health professionals needed external help to fight coronavirus. My Foundation urgently responded to their requests and has organized and delivered since the beginning of the pandemic donations worth over 700,000 euros. They risk their lives every day to save ours, so we have to be there for them, – the Princess says.

The conferences organized by the Foundation for thousands of medical professionals had to be postponed to next year.

– In moments like this, we should all pray together to God that our close ones and we stay healthy. That is why I appeal to the people to continue to be careful, because when we take care of ourselves and of others, the world becomes a better place.

Although many visits have been postponed, the Royal Couple stayed in touch with other Royal Families and friends throughout the world.

– Even though it is a difficult time, I know that it will pass eventually, and that we all must, both today and tomorrow, be united in overcoming everything that awaits us. We must all work hard for the economic recovery of country. I hope that soon we will have a free vaccination and better medical drugs available. My wife and I believe that better days will come soon for all our citizens, Prince Alexander concludes. 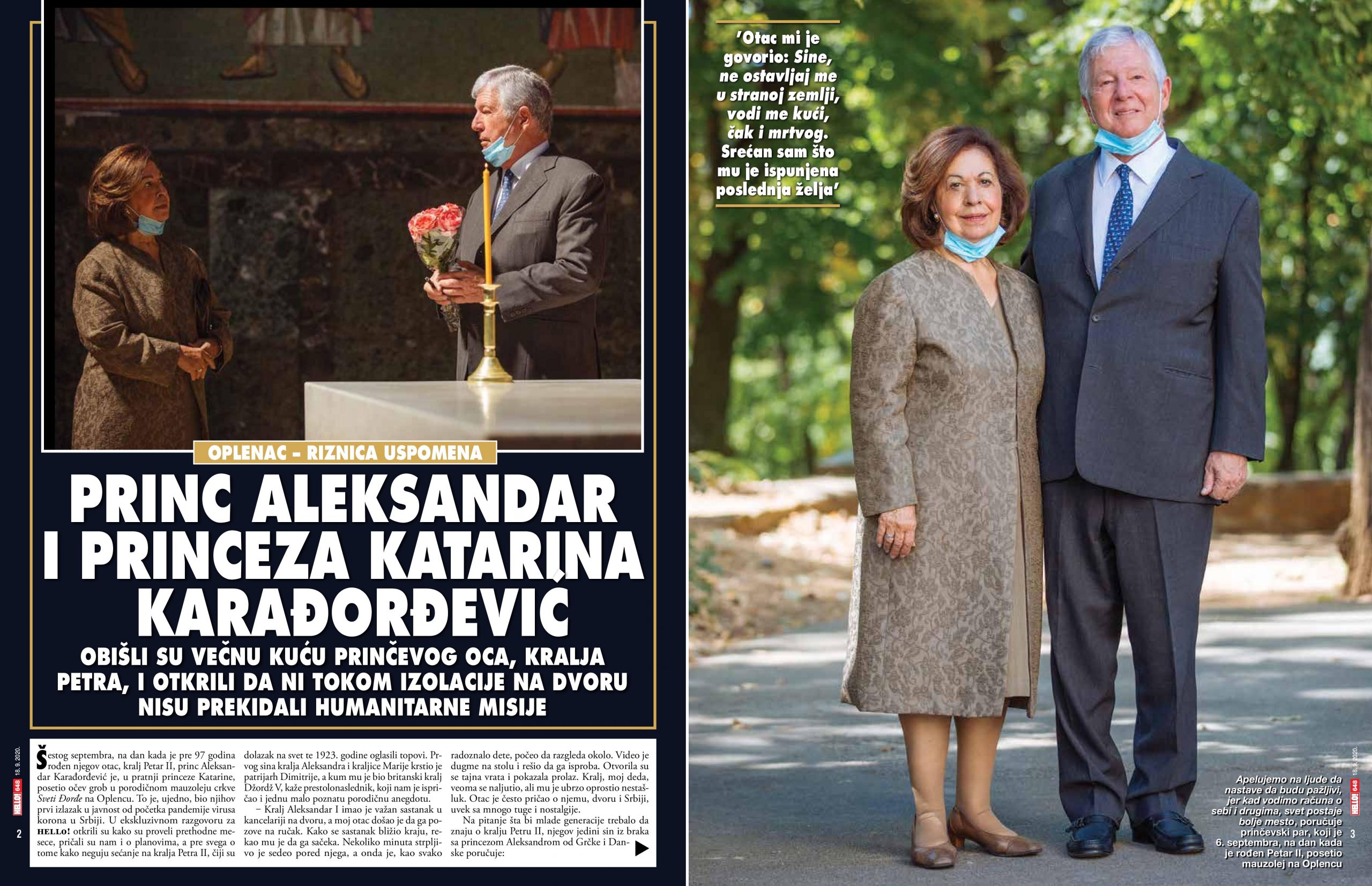 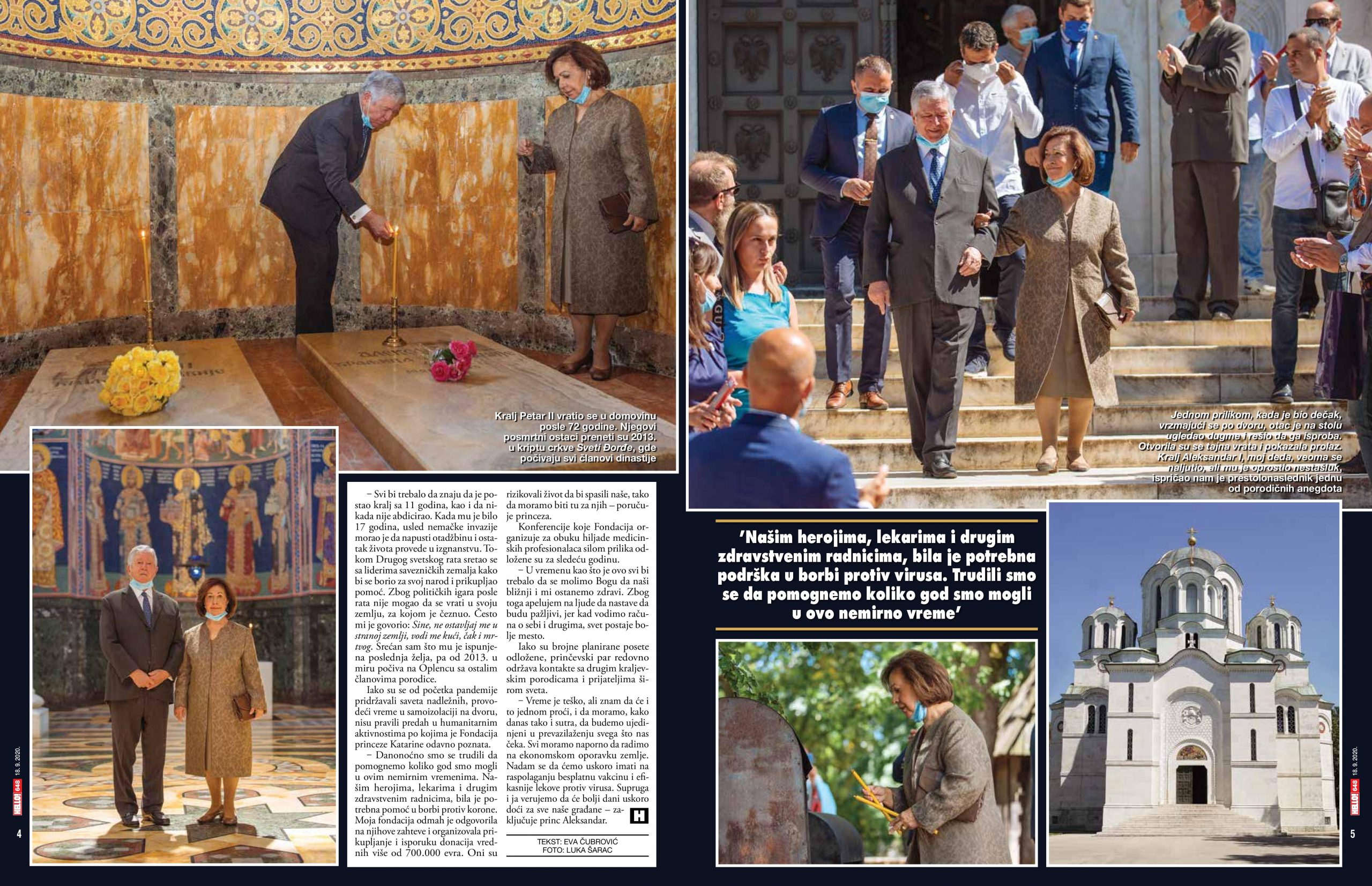